In the Espanyol dressing room there are several players before whom the others remain silent. 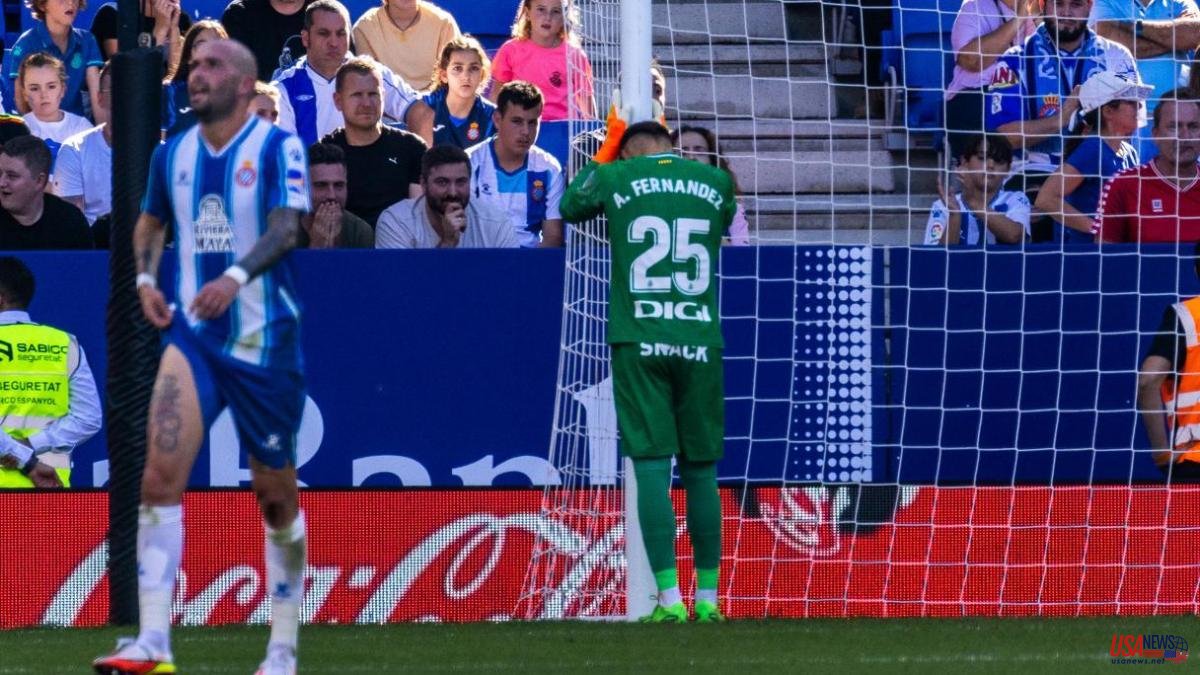 In the Espanyol dressing room there are several players before whom the others remain silent. It happens on all teams. It's called hierarchy, personality, leadership. They are footballers who do not need brilliance on the pitch to prevail. Leandro Cabrera was since his arrival. He barely took six months to be captain. But his influence off the field has been greater than what he has shown on it. For this reason, at the moment of truth, the heavyweights read the current situation of the team and decided that the most talented man, in addition to the one most loved by the fans, should carry the weight of the captaincy in a year that is expected to be complicated. It was Cabrera who stepped forward to offer Darder the badge.

It happens that against Valencia, this Espanyol, who for the first time saw the Mallorcan in his stadium as first captain, pride of many, did not honor the qualities of their new leader. The one from Artá ​​was seen too many times unhinged and disgusted. He tried, as usual in him, to be the protagonist. He looked for the ball, he projected himself in attack, he offered himself in every inch of the field, but nobody seems to accompany him at the moment. In the verticality that Diego Martínez intends, Darder has not just found himself. He launched counterattacks and gave Joselu half a goal, who did not know how to convert it. But above all, he did not stop believing. He never lost that faith that comes from commitment, that belief that this team is capable of winning despite everything. And in that personal fight he found a goal, 2-1, that reconciled him with his team and that had to be definitive to achieve the first victory at home.

But it was not so because of an individual error. One more this course. The endemic evil of this team. Like a Formula 1 that comes out with a loose wheel after a change in the pits or a flashlight that every two times three betrays its batteries. Espanyol is a team that lives in constant shock. It is not known when or how, but disaster is sure to come. On this occasion, Álvaro Fernández, also the protagonist in San Sebastián, repeated it. Sober throughout the game, but erratic in the 96th minute. A huge blunder. Comert put a center without power that was poisoning. The ball fell from the sky in a meek way and the goalkeeper mismeasured the distances, was overconfident and let it enter the top corner. He knelt down. He hit the post in frustration. He apologized to the fans, to his teammates. He dropped the gloves on the ground. In his presentation he said that he stood out for his personality, now he will have to show it if Diego Martínez maintains his confidence.

Fernandez's mistake was not the only thing that the parakeet team did wrong. With the usual vertical proposal, the only one Diego Martínez sees fit for now, Espanyol suffered again. Work and discipline. Will and courage. But it is not the attitude but the aptitude that is discussed. And there they are too short.

Again high pressure and long possessions at the start and reaction to adversity after the goal against. Everything else was plagued with gray. Samuel Lino took advantage of those disconnections to make Valencia deserve more. The goals came after the break. Paulista beat Vini Souza in a corner to make the first. Espanyol came back with goals from Joselu, first, and Darder, almost at the end. As if that were not enough, Marcos André saw the red for an assault. But already in the discount disaster occurred. First Braithwaite absurdly expelled himself. And, finally, the classic blunder

Incidents: match corresponding to the seventh day of LaLiga Santander played at the RCDE Stadium before 19,766 spectators.