Isabel Díaz Ayuso would win again in an election for the Community of Madrid but the PSOE, along with Más Madrid and Unidas Podemos could eventually govern, according to the Center for Sociological Research (CIS) in a macro-survey on the autonomous vote released this Thursday that shows a technical tie in three communities: Extremadura, Valencian Community and Cantabria. 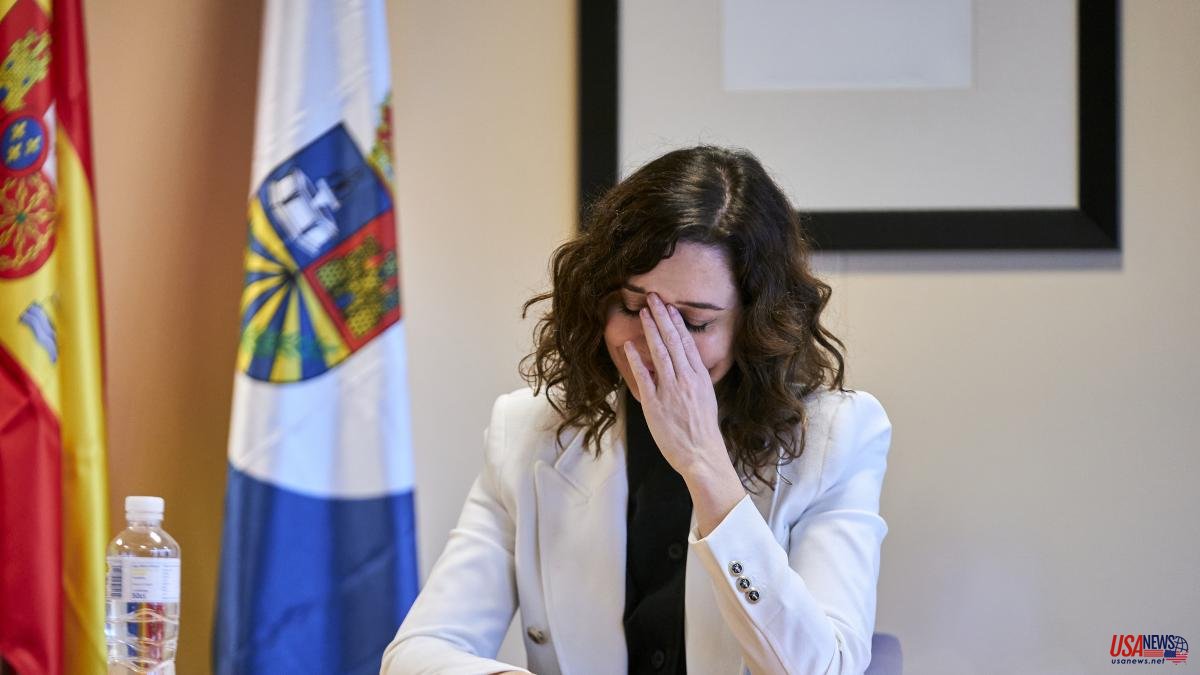 Isabel Díaz Ayuso would win again in an election for the Community of Madrid but the PSOE, along with Más Madrid and Unidas Podemos could eventually govern, according to the Center for Sociological Research (CIS) in a macro-survey on the autonomous vote released this Thursday that shows a technical tie in three communities: Extremadura, Valencian Community and Cantabria.

Five months before the regional elections, in Madrid, the PP candidate and current president would win between 55 and 67 seats, a very wide fork that in the lower part would mean a fiasco that would leave her out of governance while in the lower part High would leave it on the verge of an absolute majority, so the prediction of the polling institute lacks great value.

The PSOE, according to this study, would recover positions and would be in second position with Juan Lobato at the top of the list, who would take over from Mónica García, from Más Madrid, as head of the opposition. The Socialists would go from having 24 seats in the Madrid Assembly to between 31 and 38, while Más Madrid would go from the current 24 to between 21 and 25. The survey forecasts a drop for Vox which, from the current 13 deputies, would go on to have between 7 and 9. For its part, Unidas Podemos would recover the fourth position and obtain between 10 and 13 seats.

In Extremadura, the current president of the Junta, the socialist Guillermo Fernández Vara, could lose his status given that the CIS narrowly gives victory to the PP, which would go from the current 20 seats to a range of between 26 and 35, compared to at 24-32 that it gives to the PSOE. Probably the key will be the minority groups if they enter the Chamber of Extremadura since the forks for these formations go from zero deputies to 5 in the case of Vox, to 6 in the case of Unidas Podemos and to 2 in the case of Ciudadanos.

Another community that offers many doubts is Valencia, where the PP takes advantage of the practical disappearance of Cs - it goes from 18 seats to between 0 and 5 - to be in a technical tie with Ximo Puig's PSPV. 32-45 for the socialists and 31-43 for the popular. The key to governance once again lies with the minority, but both the potential allies on the right and on the left suffer significant losses. Compromís would go from 17 seats to between 6 and 12, and Unidas Podemos, from 8 to between 2 and 6. For its part, Vox, which holds 10, would be between 4 and 11.

Cantabria is the fourth community in contention in which the current scenario can radically change, since the Cantabrian Regionalist Party (PRC) of President Miguel Ángel Revilla, according to the CIS, would suffer a setback that would leave him with no chance of governing in the future from the 15 current deputies to between 5 and 7. In this region, PP (10-14) and PSOE (10-13) maintain a technical tie. Vox, with a range of between 5 and 7 seats, could have the key to unblock governance if the PRC does not do so first.

In the rest of the communities studied in the macro-survey, stability is the dominant note, so that the governing formations will foreseeably continue after the elections on May 28.

In this way, the institute directed by José Félix Tezanos foresees that his co-religionists Javier Lambán, in Aragón; Emiliano García Page, in Castilla La Mancha; Concha Andreu, in La Rioja, and María Chivite, in Navarra, maintain their command posts, while the popular Fernando López Miras does the same in Murcia. However, the study does not include an estimate of seats in Asturias, the Balearic Islands and the Canary Islands due to "sample insufficiencies", according to the CIS

The macro survey also points out, in a projection of the vote before a hypothetical general election, that the PSOE would win the elections with only 0.6 points above the PP. The last barometer released yesterday showed a distance of two points between socialists and popular, but today's sampling, based on 5,545 interviews, indicates that the PSOE would obtain 29.4 percent of the votes compared to 28.8 percent of the PP .