The Chinese army simulates an attack on the island, according to the Government of Taiwan

Taiwan authorities yesterday accused the Chinese army of having simulated an air and sea attack on the island. 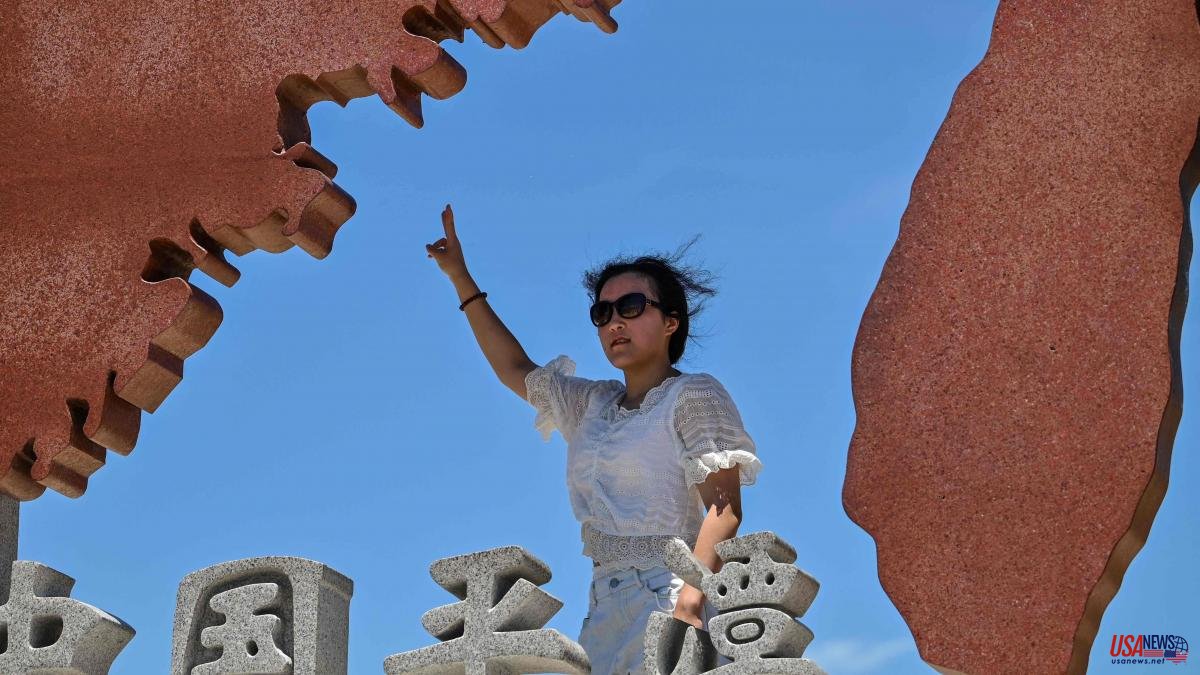 Taiwan authorities yesterday accused the Chinese army of having simulated an air and sea attack on the island. Taiwan's Defense Minister said that a significant number of Chinese ships and planes crossed the median line separating the island from the mainland on Saturday, in what he considered an exercise to simulate an attack on the island.

The minister added that the Taiwanese air force issued warnings against 20 Chinese aircraft, of which about 14 crossed this median line that acts as a security space. Taiwan raised to 14 the number of ships that carried out exercises in the area.

The Chinese army's eastern command reported that it had continued air and sea exercises aimed at testing the assault capabilities of its units. The exercises, carried out in six areas around the island, began on Thursday and are scheduled to end at noon today. Mid-afternoon yesterday, some of the ships were still sailing in the buffer zone.

Chinese warships and an unknown number of drones also carried out exercises east of Taiwan in the vicinity of Japanese islands, where they simulated attacks against the US and Japanese fleet.

Taiwan's defense minister posted an image of a sailor observing a Chinese war frigate off the east coast. "This is not a photomontage" could be read at the bottom of the image. He also said that warning flares had been launched against seven drones flying over the Kinmen Islands, as well as an unidentified aerial device flying over the Matsu Islands. These two islands are very close to the coast of mainland China.

"The Chinese maneuvers have unilaterally changed the situation in the region and have done a lot of damage to peace in the strait," the minister concluded.

The Chinese maneuvers are a consequence of the visit of the president of the US House of Representatives, Nancy Pelosi, to China, in a trip that had been discouraged by the White House. Pelosi, the third in the rank of authorities of the United States, arrived in Taiwan on Tuesday in a gesture of clear support for the island, where broad sectors caress the idea of ​​definitive independence from China.

On the contrary, Taiwan is a very sensitive dossier for the Chinese president, Xi Jinping, who has repeatedly expressed his desire to recover the island "peacefully", although the deployment of recent days seems to indicate the opposite.

Pelosi's gesture has also led China to break the cooperation policies it had with the United States at the military level, which is considered a decision with unforeseeable consequences. He has also broken off the negotiations he had with Washington on the climate crisis.

Pelosi's visit has been considered a provocation in China at a time when Xi Jinping is preparing to win a third term for his presidency this fall (a situation that has not occurred since Mao Zedong).

Beijing is still struggling with covid, forcing it to implement a zero containment policy that is increasingly costly for its economy. There are also doubts about the situation in the real estate sector, where some large groups (such as Evergrande) monopolize attention due to fears of possible bankruptcy. The events in Taiwan have forced the Chinese leadership to show a firm hand in claiming its sovereignty.

Pelosi's visit also endangers the delicate balance that China maintains in the Russian invasion of Ukraine. Beijing sympathizes with Moscow, but its support is not absolute because it fears that the effects of trade sanctions imposed by the United States and the European Union will affect it.