The characters of Toni Batllori

The cartoonist Toni Batllori has published the daily strip of La Vanguardia for decades, becoming a benchmark for following political news. 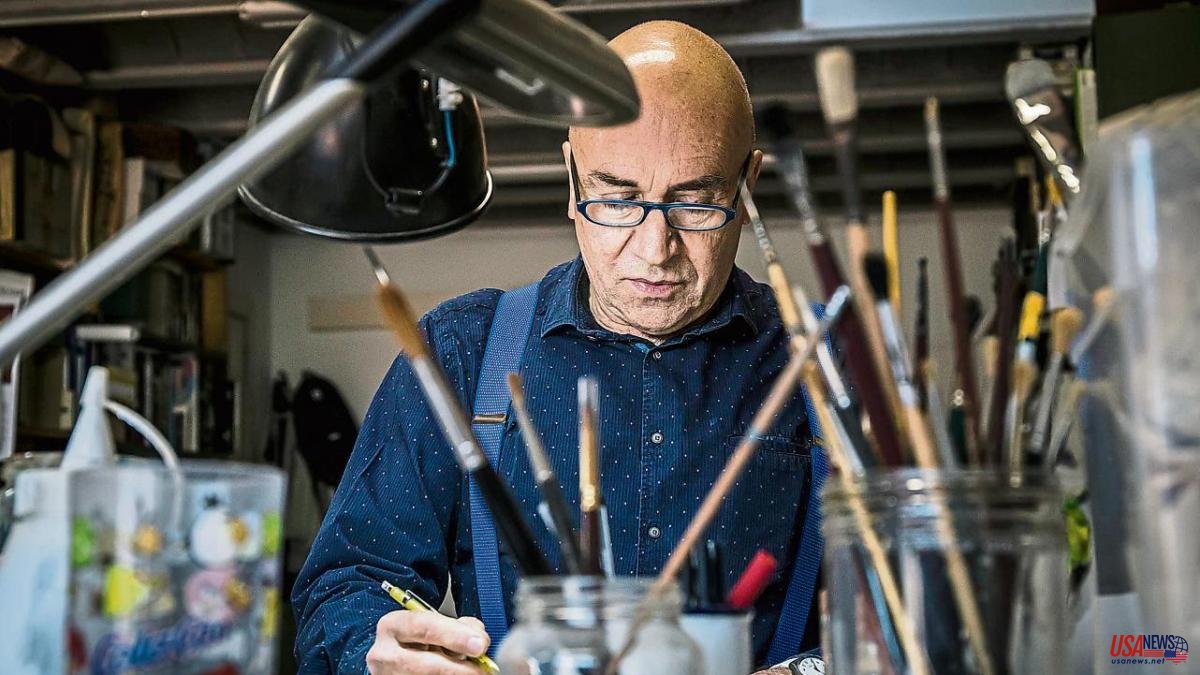 The cartoonist Toni Batllori has published the daily strip of La Vanguardia for decades, becoming a benchmark for following political news.

In an ingenious way, Batllori has illustrated numerous figures in Catalan and Spanish politics, from Jordi Pujol to José María Aznar. Artur Mas, Mariano Rajoy, Carles Puigdemont, King Felipe and the emeritus, as well as the current Prime Minister Pedro Sánchez, among others, have also passed through his hands.

Batllori told in a report for this newspaper the peculiarities when drawing some of his characters. “He was perfect. Maragall too, but above all Pujol. I remember a weekend trying to learn how to do it, when I started with my first political strip in El Noticiero Universal. In the end I think he understood it as if he had given birth to it. As a bad guy, Aznar was also doing very well, and graphically I found a way to draw him that was very easy for me”.

He also explained his creative process: “I take a piece of paper, make a box and mark four bullets. That's the first thing I do when I start to think. And then I draw on the outside as if I was afraid to draw on the inside”. “Every day I try to contribute something new, either because one day I manage to make people laugh, or because one day I manage to explain the news like no one else does. I also try not to make anyone happy. I'm still a collons utopian. I try to tell the truth, not tell lies, not demagogy... ”, he added.

The cartoonist, born in Barcelona in 1951, began collaborating with La Vanguardia in 1991 in the Sports section, but his ingenuity made him the counter-chronicler of political news in 1994 with his daily strip. He had also been honored with the Gat Perich International Humor Prize (2004), the Ciutat de Barcelona Communication Prize (2007) and the Generalitat National Communication Prize (2015).

Batllori died tonight at his home in Teià, a few hours after delivering his strip Dolls of the political section, published today in La Vanguardia.