The chaos of Lisbon under the enraged water

Several thousand municipal workers from the Lisbon metropolitan area worked early yesterday to reduce the serious damage caused by the strong floods on Tuesday, which added to those last week caused by violent downpours. 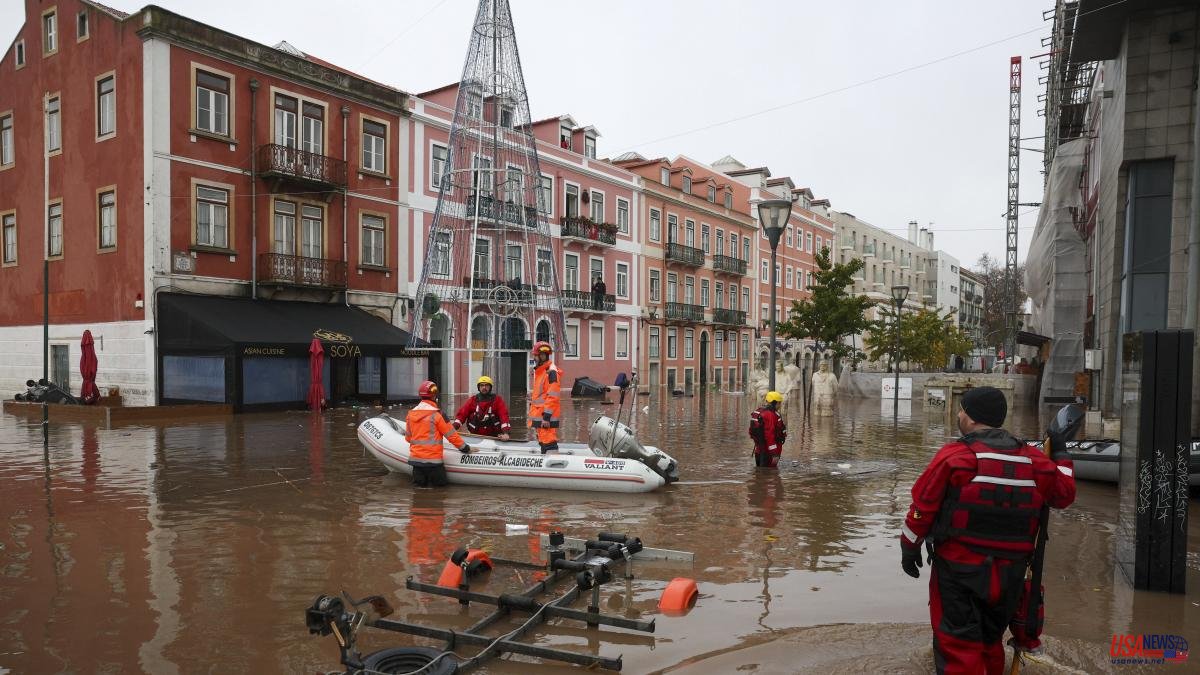 Several thousand municipal workers from the Lisbon metropolitan area worked early yesterday to reduce the serious damage caused by the strong floods on Tuesday, which added to those last week caused by violent downpours. Fear and caution prevailed in the face of a new alert, although in the end the balance was not so negative. The succession of calamities and the chaos that exists in some areas of the city and its surroundings delay the evaluation of losses. A woman died last week, public transportation was severely affected, landslides followed one another, and multiple businesses and homes lost machinery and belongings.

“We were lucky, because the phenomena occurred during the early morning and at the end of the night. If it were in broad daylight, the consequences would be different and more serious,” meteorologist Mário Marques told RTP. He considers that Portugal was "badly prepared", with deficits in coordination and information for the public, to face a calamitous situation that appears as an acceleration of floods that are not uncommon in Lisbon.

"Phenomena that occurred 50 in 50 years are now occurring on a weekly basis," said the mayor of Lisbon, the conservative Carlos Moedas. After having come to office last year, the result of a victory that was a huge electoral surprise, he now faces the management of a crisis that is very different from his days as European Commissioner for Science and negotiator for the Passos Coelho government with the IMF troika. , the European Central Bank and the EU.

These days, Moedas has spoken of a "state of catastrophe" and a "state of desolation." He also has not stopped remembering the peculiar geography on which Lisbon sits, on the hills on the right bank of the Tagus estuary. It is about those steep slopes, the decoration of the famous tourist images of the “electric”, the yellow trams. The mayor affirms that a drainage tunnel should have been built 20 years ago and assures that he plans to build two.

Moedas has multiplied these days, at times of weather alert, appeals to citizens not to leave home, while there were numerous risks of landslides. He even went so far as to recommend not entering Lisbon. There have been dozens of road closures and traffic jams.

In the coming weeks, while the damage is assessed, it is likely that there will be a political battle over responsibilities in the past planning of the city, in which there have been conservative parentheses, but with socialist dominance, which includes the mandates of the now prime minister Antonio Costa. On behalf of his government, a ministerial deployment was observed yesterday to accompany the victims in the Lisbon region and Alto Alentejo, the most affected areas.

Costa has assured that, if necessary, Portugal will activate the European solidarity fund, in order to receive resources for recovery. But as the Minister of the Presidency, Mariana Vieira da Silva, insisted yesterday, there must first be an assessment of the damage.

On the ground, the media these days draw the scenario of war against raging water, especially in municipalities on the outskirts of the capital. There was a fatality, last week, a 55-year-old woman, from the Algés neighborhood, of the Oeiras city council, who could not leave her house, in a basement. Her husband was rescued by Civil Protection.

In Loures, which appears as the most affected municipality in the Lisbon area, an elderly woman reviewed the past for the RTP. She recalled the great floods of 1967, 1983, 1985 and 1986, to conclude that “none was like this one, so strong and that it took what lay ahead. I lost all my appliances.”

The question of domestic equipment has acquired a tremendous aspect in these generally modest neighborhoods, as there have already been cases of people who replaced or fixed the damaged ones last week and found that they were once again hit by the water that entered their home On tuesday night. "Now I did not fix or replace anything until all this happens," said a hotelier yesterday.

This year Portugal faced what the media called “the biggest drought ever”. The catastrophic paradox resides in the fact that what was most desired, the rainwater, came suddenly and torrentially. And the crisis is not over.