The champion imposes his law at the Champions League premiere

Barça began the defense of its continental crown with a prestigious and ex officio victory at Pick Szeged (28-35), where it had suffered two defeats on its last visits. 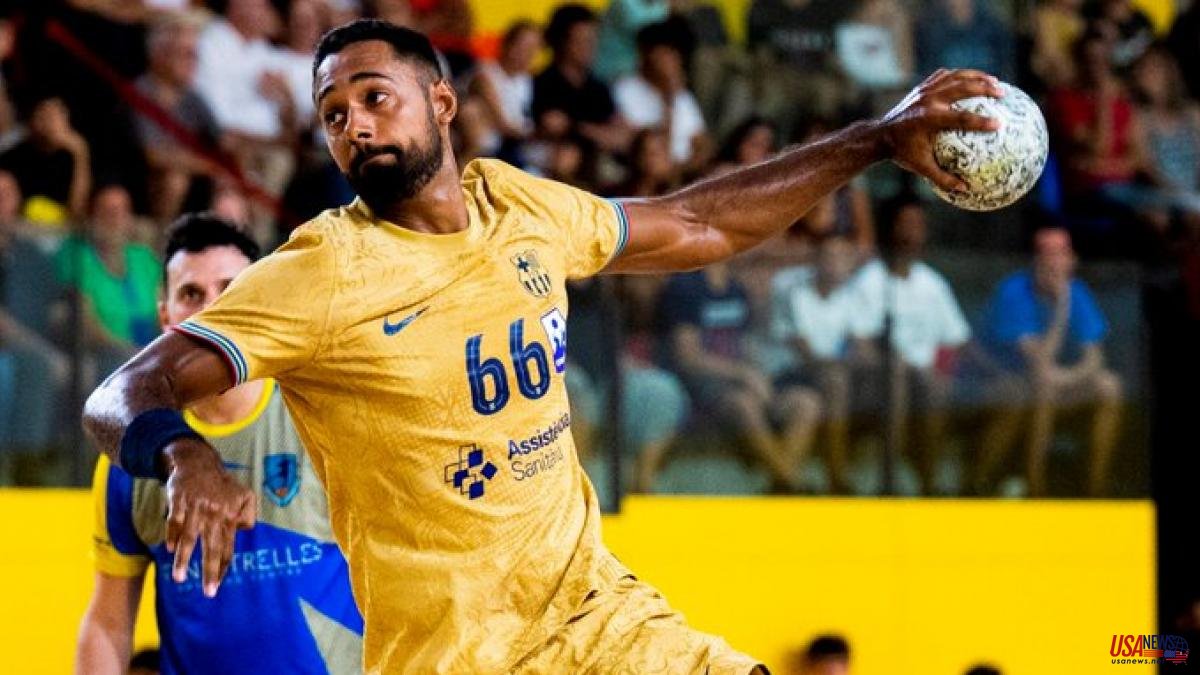 Barça began the defense of its continental crown with a prestigious and ex officio victory at Pick Szeged (28-35), where it had suffered two defeats on its last visits. The Blaugrana team exhibited themselves in a splendid second half (a run of 13-21) thanks to their stellar French trio: Dika Mem (7), Melvyn Richardson (6) and Ludo Fàbregas (7) scored 20 of the 35 goals. A spectacle, despite the fact that Barça lost by 5 in the first half.

Pick Szeged, Hungarian champions who defeated Veszprém in the final in June – third league title with Juan Carlos Pastor –, is one of the teams that has grown the most in Europe and has made life more difficult for Barça: they beat in 2017 and 2019, in the group stage. However, it has never reached the final four. This year, Pastor's team –since 2015 on the bench– has as a requirement to arrive in Cologne with an authentic European team. And for this he has to become strong in his fiefdom.

The output of the Hungarians was incisive, with the direction of the player Bombac, author of the 4-3, but he found a solid Barça in defense that could go on the counterattack to make it 4-5 for Makuc, the first Catalan advantage.

However, far from propping up the victory, the Blaugrana team was hit by a storm of goals. A brutal 7-1 run in 10 minutes of disconnection left him knocked out on the ropes. The reason: the defense collapsed, Gonzalo Pérez de Vargas did not stop (only 2/13) and not a single player entered the attack. “You have to put it in, damn it, you have to put it in”, Carlos Ortega was hoarse in the dead time with 9-5, when Barça had conceded 5-0.

The coach from Malaga shook the bench in search of recovery. He brought in Nielsen in goal (after Bombac's 11-6, at 17 minutes), Frade in the pivot -for a Fàbregas who had not had a change in attack or defense-, Janc in the baton by an ill-advised Makuc (Cindric is injured) and Carlsbogard on the left flank. The changes gave him results and Barça gave an acceleration, a 0-3, which allowed him to rejoin the game (11-9 at 20 minutes).

The Blaugrana team acquired more consistency with Nielsen in goal with 4 saves until the break, and more shooting with Carlsbogard, one of the three reinforcements this year. In addition, Mem recovered his leadership ability by putting the team on his back with 4 goals and Barça came close to a goal at half-time (15-14).

After the break, the Blaugrana team tied (15-15) with a huge Ludo Fàbregas, immeasurable in defense and attack. Barça will miss him from next year. Ortega handed over the direction of the game to Richardson, who responded with sobriety, good assists and decisive goals, such as 19-19 and 19-20, the first advantage since 4-5.

The only thing missing was for Barça to toughen its defense and stop more Nielsen. That's how he recovered the initiative, with Aleix 20-21 and Mem 20-22 forcing Pastor's time-out because he saw that the Blaugrana were beginning to fuel up. Two proper names pulled the car: the Danish goalkeeper and the French side, decisive to straighten the course.

Barça began to carburete in attack, especially when he was able to run, his best weapon. Between Janc and Fàbregas –three goals in a row- they put the 5th (21-26) in a fast pace that is the champion's house mark. Pastor asked for time again to stop the bleeding, which was a partial 6-11 in the second half (in 13 minutes).

With Aleix Gómez 23-32 against, with 9 minutes to go, Barça left the duel already sentenced. The Blaugrana team did not loosen an iota, which reached the end more whole, with better and wider blanquillo. In fact, Ortega gave minutes to Langaro and Parera so that the young Catalan midfielder could cut his teeth in Europe, who gave himself a beautiful goal, 27-35.