The meeting between the members of the General Council of the Judiciary (CGPJ) that negotiate the appointments of two magistrates of the Constitutional Court has ended again without an agreement and without a date for a third meeting, as planned. 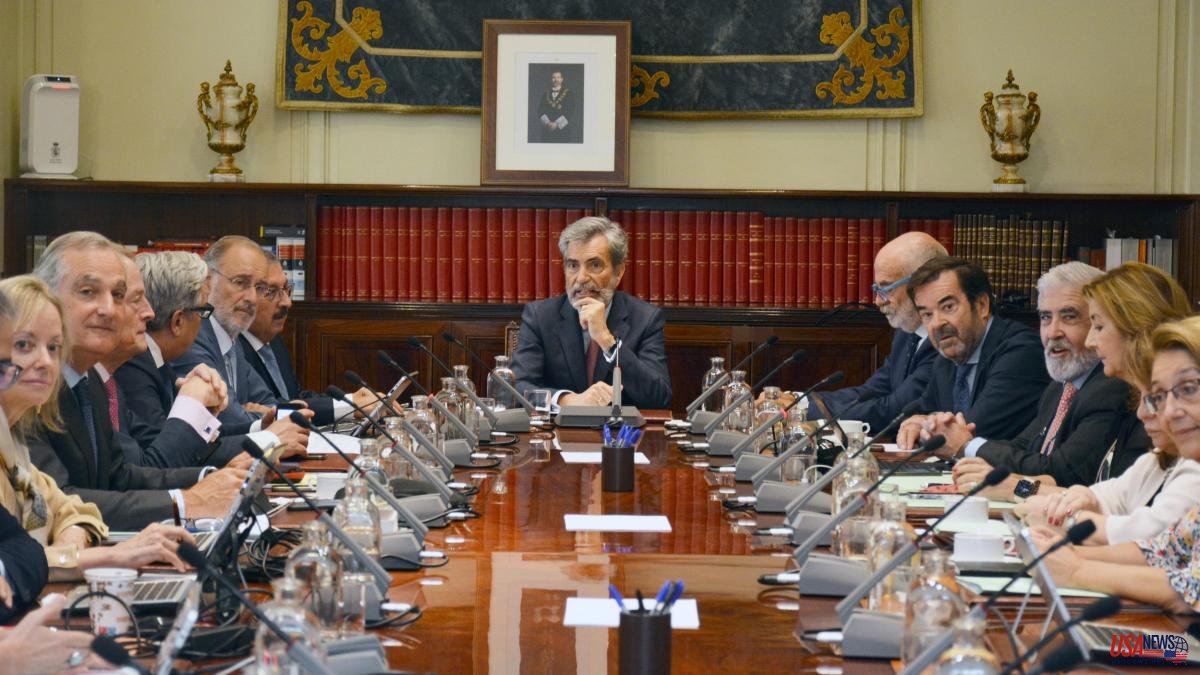 The meeting between the members of the General Council of the Judiciary (CGPJ) that negotiate the appointments of two magistrates of the Constitutional Court has ended again without an agreement and without a date for a third meeting, as planned.

In the meeting, the interlocutors of the conservative bloc have not provided any candidate although they have shown their willingness to reach an agreement. Sources from the body explain that the idea was to wait for the Justice Commissioner, Didier Reynders, to visit Spain next week.

The meeting has ended as expected, without an agreement, because although the progressives had put the names of nine candidates on the table, the conservative sector insists that they still cannot find Supreme Court justices willing to run, as they have maintained since the beginning of the elections. talks.

In a statement, the Conservatives have explained that to date they have received "no official or informal candidacy, beyond a mere brief, informal and initial contact maintained by a single person with a member on an individual basis."

This bloc insists that the appointments must be based on excellence and not on the "urgency" imposed by the reform of the law promoted by the PSOE.

"Only those candidates selected after analysis and deliberation by our group will be proposed as such. To this end, the group will look for those applicants who, due to their excellence, it considers suitable for such a high magistracy," they stressed.

The progressives have pushed so that the candidacies could be taken to the ordinary plenary session called by President Carlos Lesmes for the next day 29. The conservatives are going to hold a meeting to try to set some names the day before but without hope of achieving a concrete candidate.

"Our interlocutors have told us that as of today they are not in a position to present candidates, and that they do not consider that the appointment should take place in the plenary session on the 29th. Similarly, it has not been possible to set a date for a new meeting before on the 29th", warned the progressive interlocutors in a statement at the end of the meeting.

For this reason, they have wanted to record that they are not responsible for the "delay that is taking place in the appointment of the magistrates for the Constitutional Court."

The Conservatives hope that Reynders' visit to Spain ends up reconsidering the PSOE and PP to renew the CGPJ, which has been in office for almost four years, and unblock the situation.