The General Council of the Judiciary (CGPJ) maintains the institutional blockade by once again losing an opportunity to appoint two magistrates of the Constitutional Court. 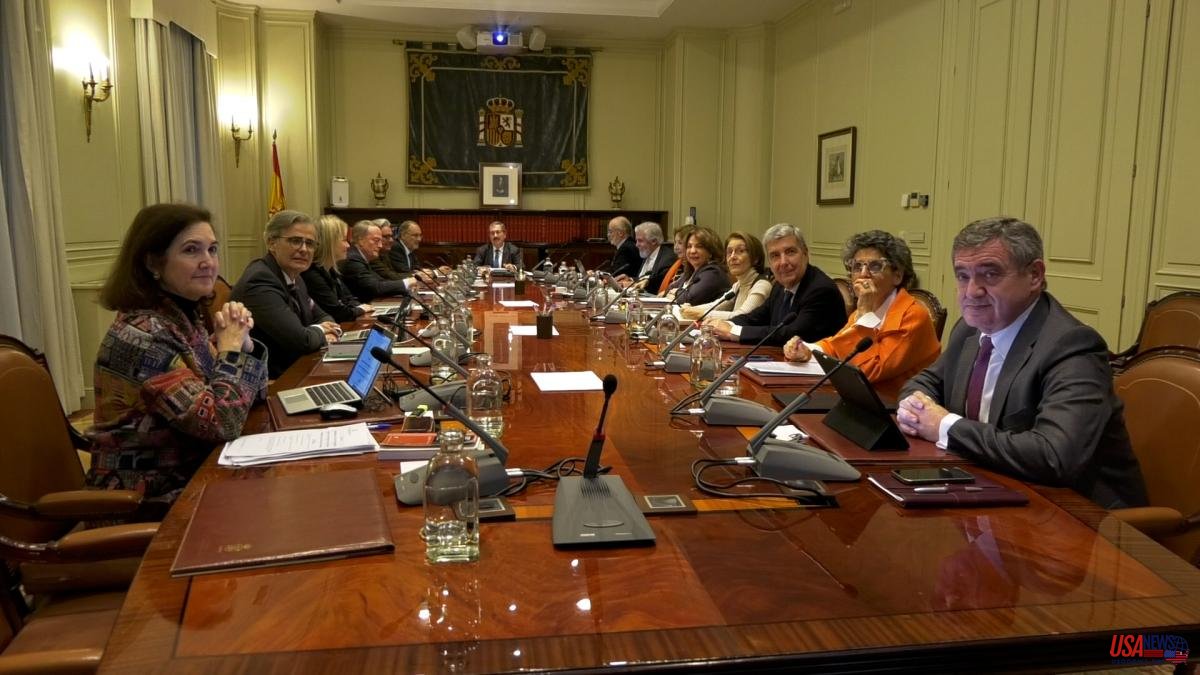 The General Council of the Judiciary (CGPJ) maintains the institutional blockade by once again losing an opportunity to appoint two magistrates of the Constitutional Court. None of the three proposed candidates has obtained the necessary three-fifths majority to be elected.

In order to obtain a sufficient majority, each candidate needed to reach eleven votes. The conservatives hoped that some member of the progressive sector would vote in favor of Pablo Lucas and thus put an end to the blockade in the TC, which led to the institution being blown up yesterday.

Before starting the vote, a group of members requested the abstention of the member Clara Martínez Careaga because she is the wife of a Constitutional Court magistrate, Cándido Conde-Pumpido. However, she opposed it, arguing that no one has challenged her and her abstention is a solely personal decision that no one can make for her.

Who did abstain was the progressive member Enrique Lucas, brother of one of the candidates Pablo Lucas, due to his family relationship.

One of the conservative members issued a particular vote, to which four other members have joined, against the decision of Martínez Careaga. José María Macías considers that the plenary session was improperly constituted with his participation. "It is notorious that the member is married to Conde-Pumpido, who is a possible candidate to be appointed, among others, president of the Constitutional Court. The member Clara Martínez de Careaga cannot participate in the appointment of the person who can decide that her husband is named, or not, president of the TC and fifth authority of the State", has maintained.

The relevance of the fact that the member had withdrawn is that if this had been the case, Tolosa and Lucas would have been effectively appointed magistrates of the Constitutional Court, "a condition that I believe should legitimately correspond to them," Macías points out.

This Thursday there is an ordinary plenary session of the CGPJ but sources from the body explain that in this case the appointments for the TC will no longer be voted on, which already leaves the option of unblocking the situation of the guarantee body, with four magistrates with the mandate expired since June.

Today's extraordinary plenary session was called by the acting president, Rafael Mozo, at the request of the conservatives, in a move to prevent the progressives from moving forward with their candidate once the reform of the law that was paralyzed yesterday was approved. With the reform, the Council would only need a simple majority –not qualified- to vote for the candidates, which would mean that a consensus between the two blocks would not be needed to get the names forward.

For months the conservatives have blocked the appointments for two reasons: on the one hand because they do not like the candidate proposed by the progressives, José Manuel Bandrés, understanding that he has ties to the Government. And on the other hand, they do not want to encourage the Executive to appoint its two magistrates. With the current law in hand, the two appointments by the CGPJ and those of the Executive have to go hand in hand, so until the two institutions agree they cannot be approved. What the conservatives achieve with this maneuver is to prevent a progressive majority from reaching the TC.

Faced with the reform presented by the PSOE, the conservative members used a new strategy, which was to present two candidates, one of their own and the other progressive (the latter is Pablo Lucas), so that they could be voted on and leave Bandrés out. However, the strategy of achieving a progressive vote has not been fruitful, so the bitter situation remains.

Sources from the body of judges explain that it was in their hands to end this institutional crisis. If the necessary majority had been achieved today to approve these two names, there would have been a free hand for the TC to convene a government plenary session tomorrow and give the placet to these two magistrates together with the two chosen by the Government, Juan Carlos Campo and Laura Diez.

In this way, the TC would be renewed and the amendment presented by the Socialists would no longer make sense. Conservative sources in the Council maintain that if this step had been achieved, the government could have been stopped from presenting reforms in Congress to modify the laws to force the appointments of the TC.

"It is a matter of institutional responsibility," they point out. What happens is that from the progressive sector they do not accept the play of the conservatives because they are imposing a candidate who is not the one chosen by them. In addition, they blame for this situation those members who have refused since September to appoint two magistrates when a law forced them to do so in a timely manner.

And in addition to all this, they remember that the origin of the judicial blockade comes from the Popular Party, which for four years has systematically refused to renew the CGPJ, which has been in office since December 2018, which has caused the Socialists have been undertaking reform to find a formula for such unlocking.