The relationship between the Ministry of Labor and the CEOE continues to be interrupted and tomorrow, during the dialogue table on the interprofessional minimum wage (SMI), it will be staged with the absence of employer representatives. 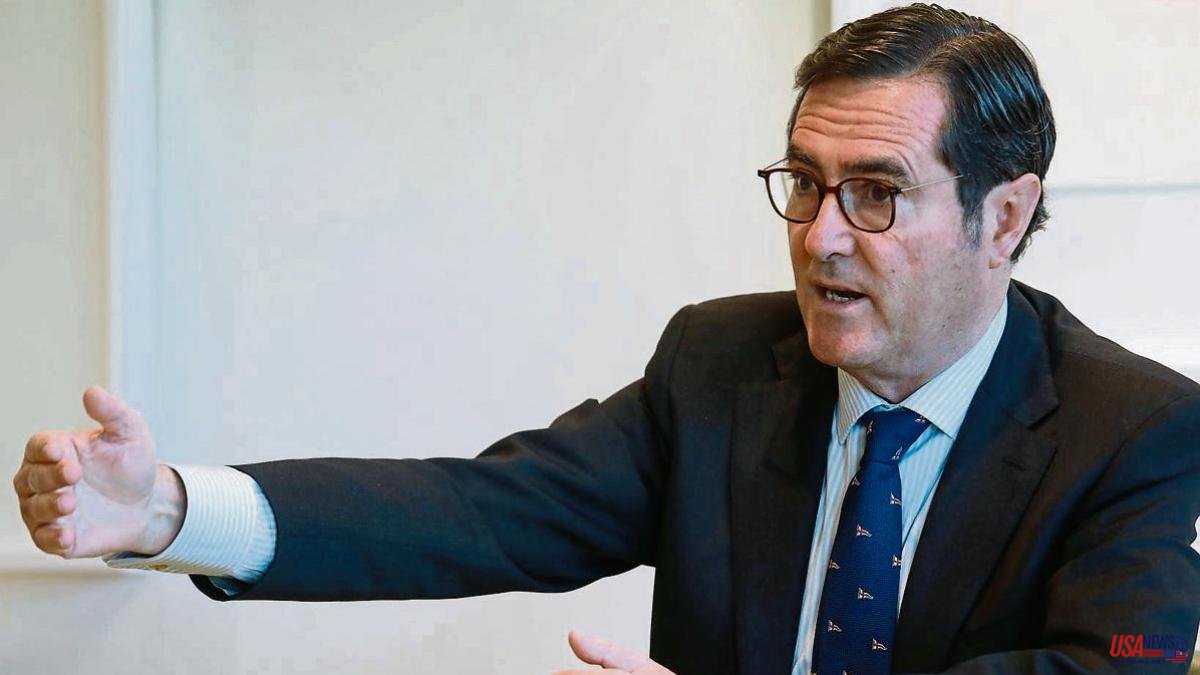 The relationship between the Ministry of Labor and the CEOE continues to be interrupted and tomorrow, during the dialogue table on the interprofessional minimum wage (SMI), it will be staged with the absence of employer representatives. Its president, Antonio Garamendi, announced it this morning by stating that “this is not social dialogue, it is a government agreement, after consulting with the social partners. We have a paper. Tomorrow we will reply in writing to what they have sent us in writing. But it seems very serious to me that the agreement is changed ”.

In this way, the employers do not boycott anything, but take a step back, and do not attend the meeting called by the second vice president and Minister of Labor, Yolanda Díaz, as usual, and replace it with a document. The anger of the CEOE comes from the reinforcement of the role of the Labor inspectorate in the Employment Regulation Files (ERE), which the employer considers contrary to "good faith", because this issue was parked in the social dialogue. Since then

Although yesterday Díaz asked the CEOE to attend and warned that "if someone does not go to the table, they will have to explain it to the Spaniards hit by inflation", the employers have finally chosen not to attend and send a document. In this way, the potential consensus to increase the SMI appears even more difficult. It is true that the employers have only joined the consensus in one of the successive increases in the SMI, and that on this occasion, the moment did not seem very propitious "If they do not protest too much, it would be fine," sources from the negotiation.

At tomorrow's meeting, the experts' report will be based on, which La Vanguardia advanced last week, and which was presented yesterday, and which provides for an increase of between 1,046 and 1,082 euros (in fourteen payments) for next year. Experts also recommend aiming for the high end of the fork, something unions like. Although UGT asks to reach 1,100 euros, CC.OO, has already indicated that 1,080 seems to them a possible option.

Precisely, Garamendi meets his board of directors tomorrow to analyze these issues and also to present his new team after being re-elected as president of the CEOE.