The presidents of Galicia, Navarra, La Rioja, Aragón, Extremadura, the Valencian Community, the Balearic Islands, Andalusia and Castilla-La Mancha will see their salaries increased at different levels this year 2023, as will the head of the central Executive, Pedro Sánchez, and the rest of his Cabinet, who have also applied a 4 percent salary increase this year. 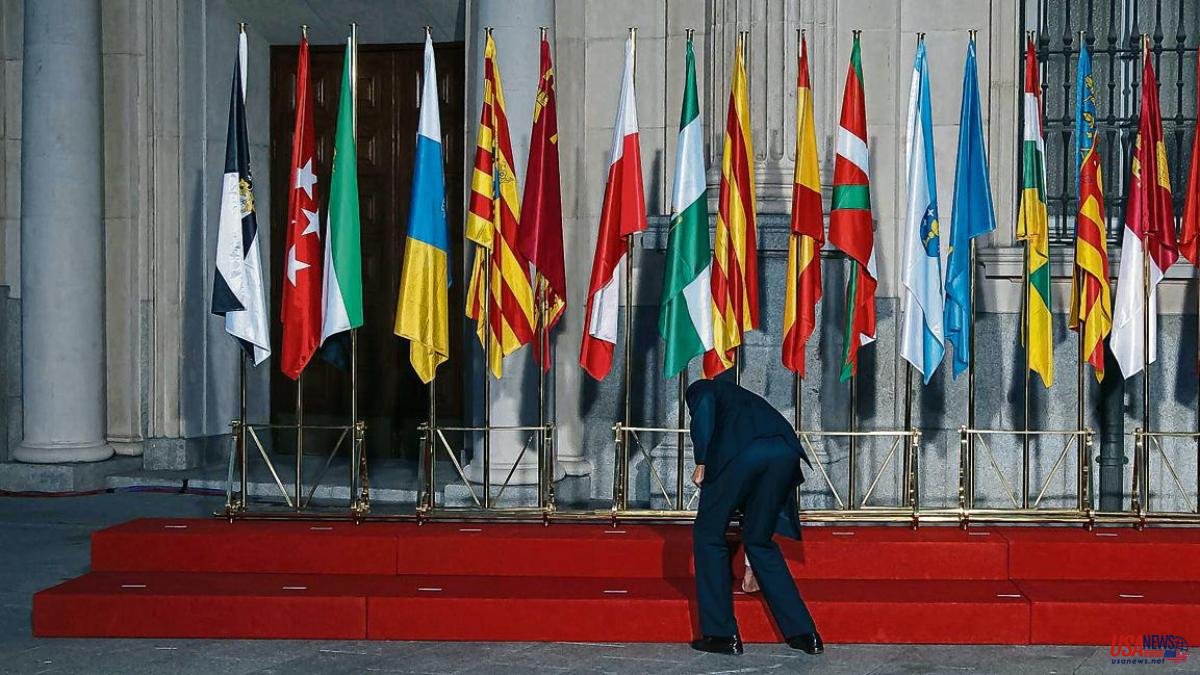 The presidents of Galicia, Navarra, La Rioja, Aragón, Extremadura, the Valencian Community, the Balearic Islands, Andalusia and Castilla-La Mancha will see their salaries increased at different levels this year 2023, as will the head of the central Executive, Pedro Sánchez, and the rest of his Cabinet, who have also applied a 4 percent salary increase this year.

This is reflected in the Budgets of each community, where some regional presidents have opted for a 4% salary increase (Alfonso Rueda, Ximo Puig and Concha Andreu), others have increased their salaries by 3.5% (María Chivite, Javier Lambán, Guillermo Fernández Vara, Juanma Moreno and Emiliano García-Page), while the leader of the Balearic Islands, Francina Armengol, will earn 2.5% more than last year.

In the case of the central government, the annual salary of the chief executive will be 90,010.20 euros per year, which means a monthly salary of 7,500 euros. Likewise, the annual salary of the three vice presidents of the Government (Nadia Calviño, Yolanda Díaz and Teresa Ribera) rises to 84,600.72 euros per year compared to the 81,341.16 euros they have been receiving. It is a monthly salary of 7,050.06 euros gross, since they do not have any pay either.

Following in the footsteps of the Sánchez government, three other regional presidents will increase their salary by 4% in 2023. In this way, the president of La Rioja, Concha Andreu, will earn a total of 82,750.6 euros per year and her counterpart in the Valencian Community, Ximo Puig, will have a salary in 2023 of 77,842.56 euros.

Meanwhile, the Galician government has also reflected in its public accounts for next year a 4% salary increase for Alfonso Rueda and his advisers. In this way, the remuneration of the head of the Galician Government goes from the 79,651 euros per year that appeared in 2022 for his predecessor in office, Alberto Núñez Feijóo, to the 82,843 euros per year that Alfonso Rueda will receive in 2023.

Then, there are five regional presidents who have decided to apply the 3.5% increase agreed for public employees in 2023, as it appears in the Budgets for this year that began this Saturday.

In the case of the president of the Junta de Extremadura, Guillermo Fernández Vara, he will earn a total of 84,892.7 euros in 2023, while his counterpart in Castilla-La Mancha, Emiliano García-Page, will have a salary of about 86,454 euros. this year, and the Andalusian president, Juanma Moreno, will receive 71,667.36 euros.

The Junta de Andalucía has justified this salary increase in that salaries have already been frozen in 2021 and 2022.

On another side is the president of the Balearic Islands, Francina Armengol, who will receive 2.5% more salary this year, so that she will earn 73,311 euros per year.

In contrast, Asturias, Madrid, Cantabria, Castilla y León, the Canary Islands and Murcia have included a salary freeze for the members of their respective regional governments in their budget projects for 2023.

In the case of the Community of Madrid, it has already been twelve consecutive years with the same salary for the Presidency and its advisers, although Isabel Díaz Ayuso is the regional president who receives the most annual remuneration from these six communities, some 103,090 euros per year.

Of these six communities that have decided to freeze their salaries, the second president who receives the most is that of the Canary Islands, Ángel Víctor Torres, who will continue to earn 76,823 euros next year. He is closely followed by the one from Castilla y León, Alfonso Fernández Mañueco, who in 2023 will maintain his annual salary of 76,355.08 euros and the president of Murcia, Fernando López Miras, with an annual salary of 75,670 euros.

In another different situation is the president of the Generalitat, Pere Aragonés. His Government has not yet presented the Budget project for the year 2023, since it is still in negotiations for the groups to be able to move them forward, so it is not yet possible to know if it will contemplate a salary increase.

In any case, the Catalan president is among the best paid leaders with an annual salary of 130,250.60 euros. He is surpassed by the Lehendakari, Iñigo Urkullu, who receives some 160,778 euros per year and does not specify in the Budget project for 2023 if there will be an increase in his salary.