The Celtics continue to shine without Tatum

The Boston Celtics, without their star Jayson Tatum, maintained their eight-game winning streak at home thanks to a stellar Jaylen Brown. 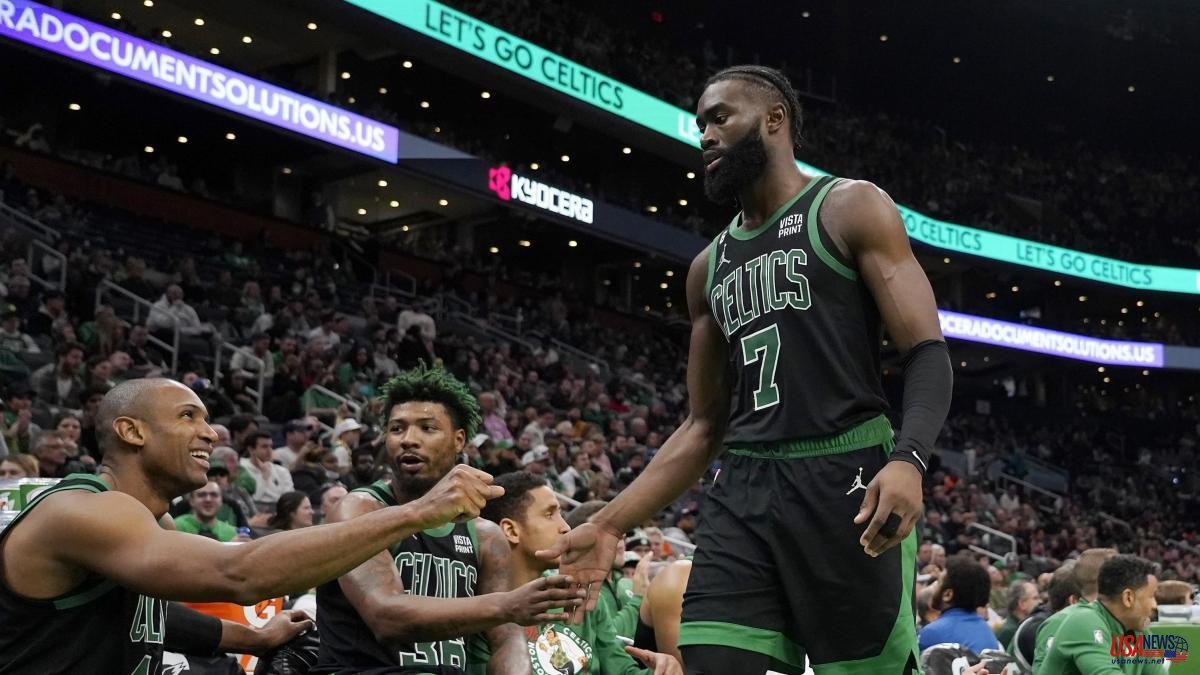 The Boston Celtics, without their star Jayson Tatum, maintained their eight-game winning streak at home thanks to a stellar Jaylen Brown. On a night the Celtics lacked their leading scorer, Brown showed his growth, leading the Celtics with a season-high 36 points to help Boston beat the Washington Wizards 130-121 on Sunday.

Tatum missed his first game this season with a sprained ankle, but played in Wednesday's 125-112 win over the Dallas Mavericks and Friday's 122-104 win over the Sacramento Kings. He was Boston's leading scorer and rebounder in every game. Tatum is averaging 36.9 minutes, 30.5 points, 7.9 rebounds and 4.6 assists per game this season.

Despite not having him, Boston made 11 3-pointers in the first half on 56.5 percent shooting. In addition to Brown's great contribution, Malcolm Brogdon added 17 points and Derrick White finished with 15 for the Celtics, who have won 12 of their last 13 games. As many as eight Boston players scored in double figures: Jaylen Brown (36 points), Malcolm Brogdon (17), Derrick White (15), Al Horford (14), Marcus Smart (14), Sam Hauser (14) and Luke Kornet ( 12).

In Washington, Bradley Beal had 30 points, five rebounds, four assists and two steals, but it wasn't enough to prevent the team's third straight loss this season. He never had a chance to win the game. Boston already led by 17 points at halftime and increased its lead to 26 in the third quarter. The Wizards cut it to 119-107 in the fourth quarter, prompting interim Boston coach Joe Mazzulla to reinstate his starting lineup to close out the game.

The Greek Giannis Antetkounmpo won this Sunday the particular duel with the Slovenian Luka Doncic in the 124-115 with which the Milwaukee Bucks defeated the Dallas Mavericks, in an NBA day in which the Croatian Ivica Zubac sealed a powerful double double of 31 points and 29 rebounds in the victory of the Los Angeles Clippers.

With a double double of 30 points and eleven rebounds, Giannis Antetokounmpo led the Bucks' victory against the Mavericks, in which Doncic sealed a double double of 27 points and twelve assists, with five rebounds, unable to avoid defeat. Grayson Allen also excelled for the Bucks, with seven triples and 25 points, while Argentine Facundo Campazzo, for the Mavericks, scored three points in 3.26 minutes on the track.

Ivica Zubac dominated with an extraordinary double double of 31 points and 29 rebounds in the game won 114-100 by the Los Angeles Clippers against the Indiana Pacers. Zubac was the absolute protagonist of the Clippers' victory and finished his game with 31 points, 29 rebounds, three assists and three blocks in 35.40 minutes on the court. The Croatian center became the first player since Shaquille O'Neal in 2004 capable of contributing at least 30 points and 25 rebounds on 80% shooting accuracy.