There is only one step left. 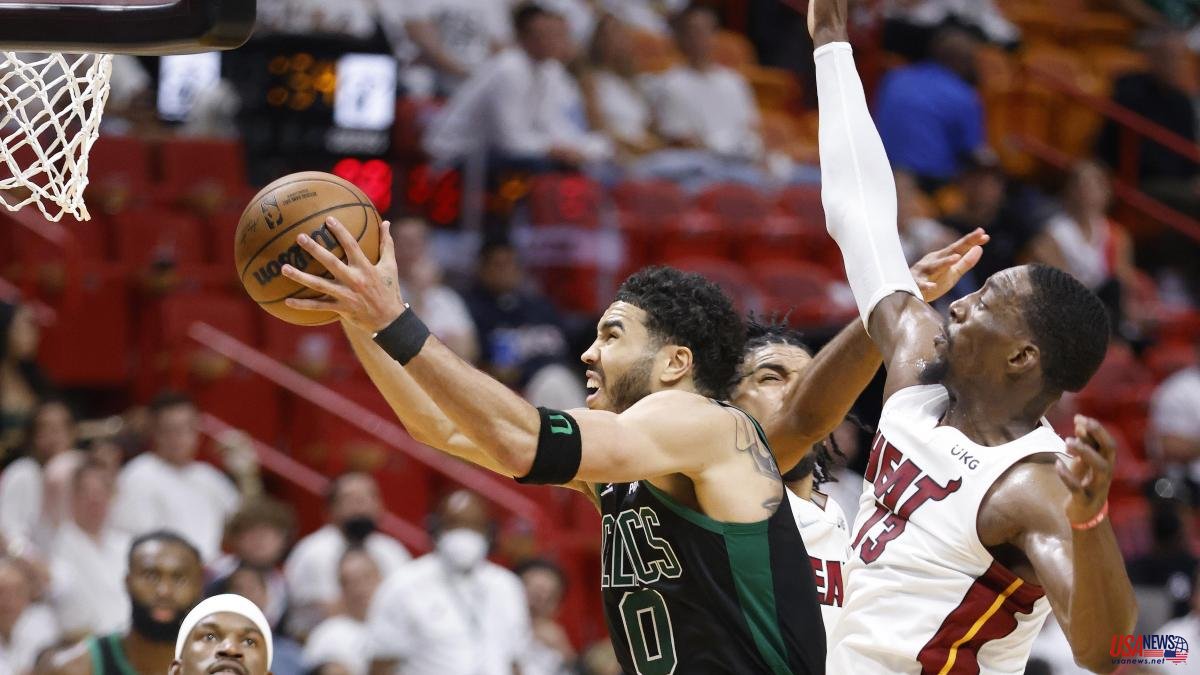 There is only one step left. The Boston Celtics are on the verge of reaching the NBA finals for the first time in 12 years, after Thursday morning's victory against the Miami Heat, the best team in the East in the regular season (80-93). Now, the tie returns to the state of Massachusetts, so the green franchise will have the opportunity to seal their invitation to the big dance with their fans.

In January, the Boston Celtics were 11th in their conference. The Brad Stevens project—first, as a coach; this season, as a general manager—built from the Draft seemed to be collapsing. Until Jaylen Brown said enough. "The energy is about to change," the guard wrote on January 31 on his Twitter profile. No sooner said than done. The green-blooded players turned the situation around. With only six defeats in the last 30 regular season games, the team coached by Ime Udoka rose to second place in the East, only behind the Miami Heat, their rivals in the conference finals and their particular black beast.

Although the Los Angeles Lakers are the historic rivals of the Massachusetts entity, it has been more than a decade since they have seen each other in the great NBA dance. And part of this is due to the Florida franchise -- and LeBron James -- who are experts at waking up the Greens from his sweet dreams. Since losing the 2010 Finals to their arch-foes, the Celtics have lost to the Heat three times in the playoffs; two of them, in the very same conference finals. Vengeance was served.

The Celtics arrived in Miami to play the fifth game of the eliminatory being aware of the offensive power of Erik Spoelstra's pupils. Jimmy Butler is the reference in attack, but if he fails, he has Adebayo, Herro, Lowry behind him... It will be because of weapons. However, if anything characterizes Ime Udoka's outfit, it's pressure. All five of his starting players received at least one vote to be part of the season's best defensive quintet — Marcus Smart was named defender of the year. In the playoffs, they're proving that when it comes down to it, they're also an armored bolt with a padlock. The Heat were only able to score 80 points this morning with a measly 15.6% accuracy on three-pointers.

“I think the mental stress and pressure we put on our opponents has gotten us through rounds in these playoffs,” Celtics coach Udoka said, detailing the importance of his defense. But every defense needs to be effective in attack and that was what Boston could boast of. Jaylen Brown (25 points), Jayson Tatum (22), Al Horford (16) and Derrick White (14) combined to end the tie starting in the third quarter.

For his part, Spoelstra found himself with the absence of his ace up his sleeve, a Tyler Herro who, coming out as the sixth man, is night after night a constant danger for rival defenses. Sidelined with a groin injury, the responsibility for scoring from long range off the bench fell to Duncan Robinson (11 points) and Gabe Vincent (15 points). However, with the exception of Bam Adebayo (18 points), none of the starters felt comfortable on the hardwood.

Jimmy Butler finished with just 13 points on 4/18 shooting from the field. Worse luck had Max Strus and Kyle Lowry, who missed, between them, the 15 shots they tried. The former Raptors point guard went to bed with a 0 in the scoring box. Strus, at least, was able to add four points from the free throw line.

"We are not going to escape our responsibility or make any kind of excuse," said Erik Spoelstra at the conclusion of the meeting. "The Celtics have beaten us tonight and there are players far from being 100% on both ends of the floor." The tie will move to Boston for Game 6 on Friday night through Saturday.

On the other side of the table, the Golden State Warriors are one win away from qualifying for the NBA Finals at the expense of Luka Doncic's Dallas Mavericks (3-1). The fifth game of the series will be played tonight from Thursday to Friday at the Chase Center in San Francisco. 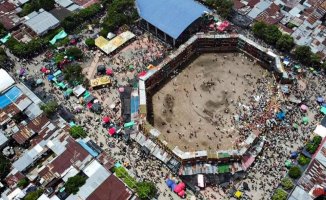 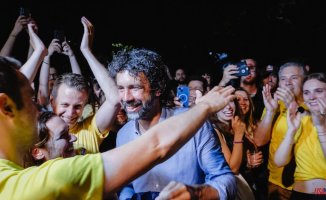 Damiano Tommasi, the former soccer player who has snatched Verona from the Italian right 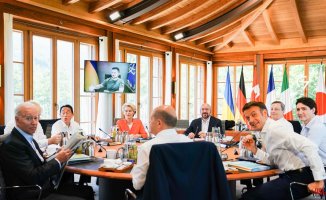