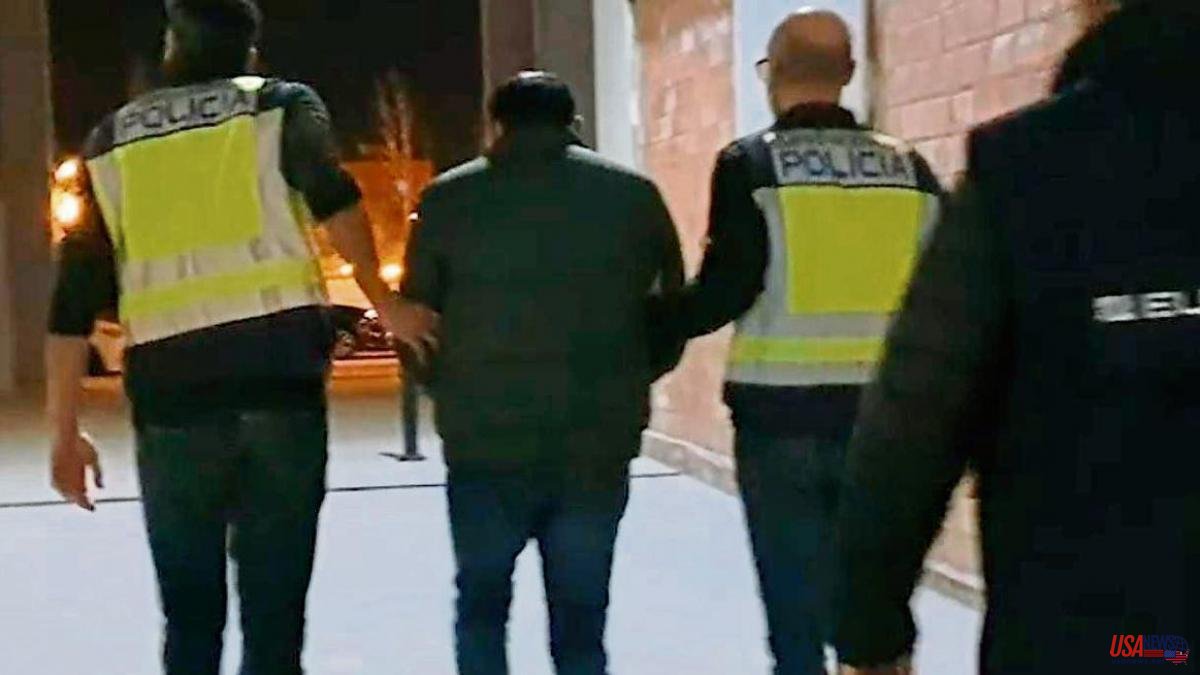 March 2021. A Libyan student living in Barcelona goes through the Valencia airport control before taking a flight to Istanbul (Turkey). The National Police detects something suspicious in his suitcase: 139,000 euros in cash. But what the agents do not know at that time is that this young man is part of a mechanism to finance Islamist terrorism. Almost a year later, last February, the jihadist cell was dismantled with the arrest of its three leaders in the framework of the Kital operation, against a plot of oil smuggling, false passports, money in tax havens and the transfer of wounded war fighters to private clinics in Barcelona and Madrid to heal.

The Libyan student arrested in Valencia was one of those managed by another of the detainees, the hawaladar M.O., in charge of moving the funds to finance terrorism - hawala means "transfer" or "wire" in Arabic banking jargon -, according to the police and judicial investigations. His job was that the money that arrived in Spain from Libya left the country without being detected thanks to human couriers. The detainee used young Libyans residing in Barcelona to send money through bank transfers and that his name did not appear anywhere, "enabling the sending of money in an opaque manner and making it difficult to control the transfers," explain sources of the investigation. .

The dismantled structure has its origin in Libya. The first police inquiries focused on a group of fighters from Zawiya, a city near Tripoli. All of them, according to the case, would be members of the same militia linked to the Islamic State (IS) that operates in the area and is led by Mohamed Salem Bahroun, alias El Far (The Rat), who has been located in Libya. during the investigation. This militia set up a base in Spain.

His goals were two. On the one hand, to finance the activity of the militia, helping to channel out of Libya the money obtained irregularly, which mainly came from oil smuggling. And on the other hand, the Spanish cell was in charge of receiving combatants –linked to IS– wounded in the war to heal them before returning to battle again.

A part of the money that arrived from Libya left Spain to travel to Turkey or Tunisia and ended up in a tax haven, specifically Antigua and Barbuda, where it was kept to be used when necessary. From these Caribbean islands, the dismantled cell even managed to obtain passports to facilitate their movements –and avoid being detected– by Spain and other European countries such as Germany. Another part of the money stayed in Spain to meet the expenses of the group.

A Moroccan woman – also detained during the Kital operation – was in charge of paying for medical insurance and specific treatment for the wounded soldiers. The investigation shows that the group had been active since at least 2014.

Those who arrived in Barcelona were related to the Libyan militias Ansar al Sharia and the Martyrs of February 17, close to the terrorist organizations Al Qaeda or the Islamic State in Syria, Iraq and Libya.

The chosen clinics were mainly the Quirón centers in Barcelona and Madrid. From the medical centers they explain to La Vanguardia that they were not surprised by the arrival of these patients because they were managed by the Libyan embassy in Spain. The cell chose the clinic, picked up the wounded and transferred them to the hospital, according to the proceedings. Once they were cured they left again. Researchers have data showing that some of those healed returned to combat to wage jihad. Others are unaccounted for.

The method was carefully devised. The boss in Spain, W.S., would have created from Badalona (Barcelona) companies for the sale of tools imported from Arab countries. However, the investigation found that this business had few customers and lacked sufficient real activity to justify its high level of income. Movements of money of up to four million euros or single transfers of 600,000 euros have been detected, incompatible with the volume of their business. What was behind it, according to the investigations, was the prosperous illegal oil trade carried out by the militia in Libya. It is also investigating whether there was money laundering or illegal human trafficking.

From the Spanish companies the money was moved to fulfill its function with the militia of La Rata. Some of the money was used to buy off-road cars used in combat. In fact, agents from the National Police's general information station even detected some members of the jihadist militia with cars in combat training camps through Facebook accounts. Accounts that are all closed.