The Catalan norm that restricts the VTC starts this Saturday

The regional rule that restricts the urban activity of the VTC (vehicles for rent with driver) in Catalonia comes into force this Saturday with the majority applause of the taxi and the rejection of the companies in the sector, which threaten an avalanche of legal claims to stop their efects. 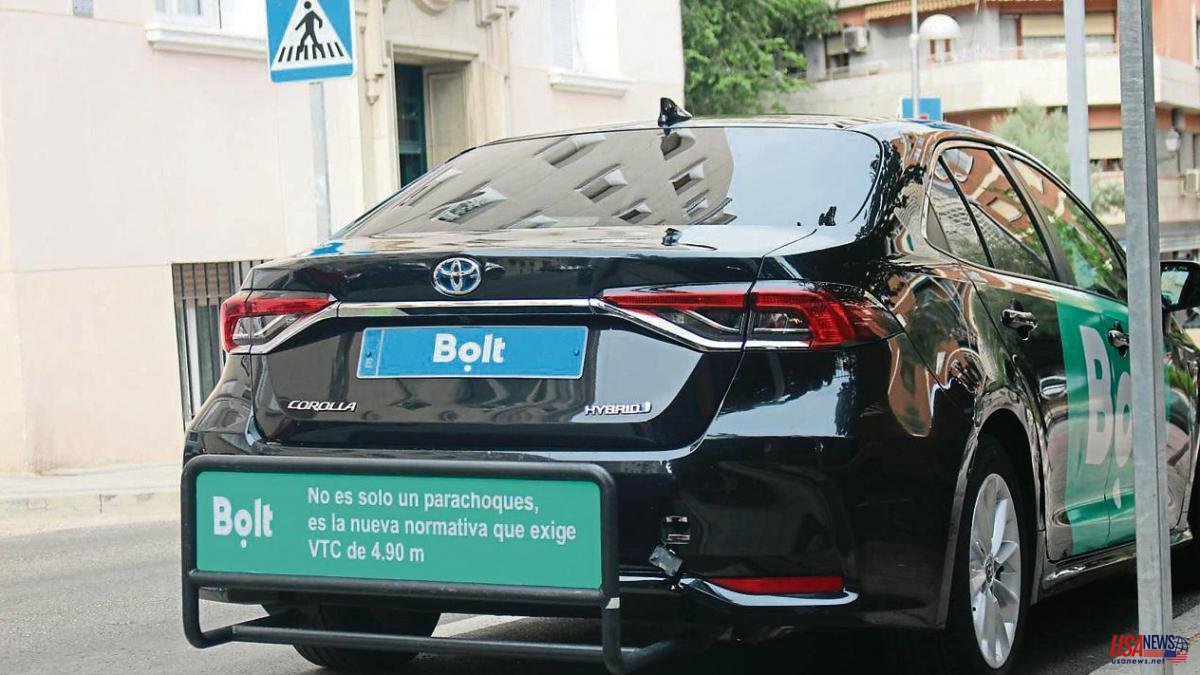 The regional rule that restricts the urban activity of the VTC (vehicles for rent with driver) in Catalonia comes into force this Saturday with the majority applause of the taxi and the rejection of the companies in the sector, which threaten an avalanche of legal claims to stop their efects.

The decree of the Government, agreed with the PSC and endorsed in Parliament also by the CUP and the commons, only allows vehicles over 4.9 meters to operate and with an authorization domiciled in Catalonia and a car assigned for more than a year. year, among other restrictions.

The text makes it difficult for platforms such as Cabify, Uber and Bolt to offer their services in Barcelona, ​​as it adds to limitations already in force to date for VTCs in Catalonia, such as the prohibition of parking on public roads or picking up customers directly from the street, as well as the mandatory 15-minute wait for those who request one of these cars or the prohibition of using geolocation before the service.

The Catalan norm has nothing to do with the existing one in Madrid, much more permissive with the VTC and much criticized in fact by the taxi sector.

The spokesman for the Elite Taxi association, the majority in Barcelona, ​​Tito Álvarez, has defended that the validation of the decree has closed "a very strong stage of conflict" and "shields" the taxi sector.

On the other hand, from the Feneval and Unauto employers' associations they have denounced that the new decree "puts a noose around the neck" of the companies in the sector and have predicted that judicial appeals will be presented against the norm.

It is the owners of the licenses -and not the platforms- who, if the new authorizations are denied, could file an appeal, according to sources in the sector.

In addition, the President of the Government, the Ombudsman, fifty Deputies and fifty Senators are entitled to file an appeal of unconstitutionality before this and any other regional law.

The Catalan regional decree replaces the royal decree-law known as the Ábalos decree (after the former Minister of Public Works, then in office), which had an expiration date of September 30 of this year. If the Catalan standard had not been approved, in fact, the VTCs could not operate in any case in urban areas.

It is only valid for two years, extendable for another two, because the Government foresees that in this period of time several judicial resolutions clarify various doubts about the VTC licenses, specifically about whether ratios can be established and whether it is legal to force pre-contract these services.

The intention is that once all the legal doubts have been cleared up, the Parliament approves a broader norm that regulates aspects that cannot be fixed by decree, a type of norm designed for circumstances of some urgency.