The seismic waves of the verbal earthquake that broke out yesterday in the Congress of Deputies have reached the Parliament of Catalonia. 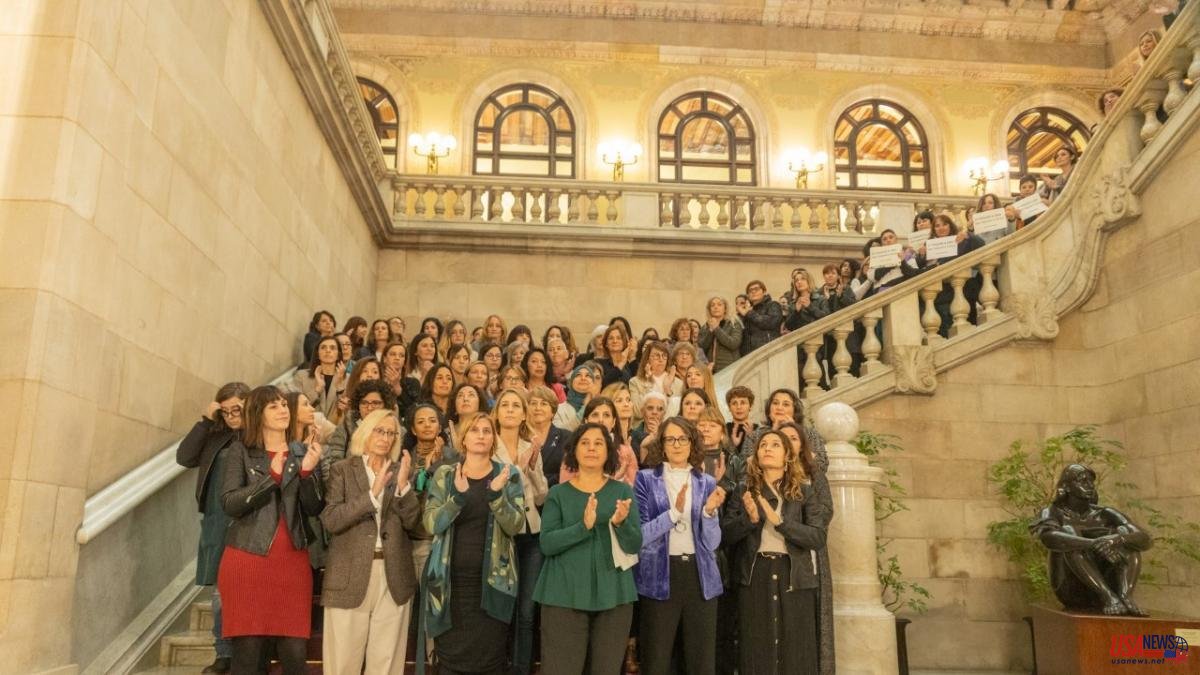 The seismic waves of the verbal earthquake that broke out yesterday in the Congress of Deputies have reached the Parliament of Catalonia. The outbursts launched by the extreme right against the Minister for Equality, Irene Montero, have led the Catalan deputies to unite to publicly show their rejection of sexist violence after the end of the plenary session.

The initiative arose spontaneously first thing in the morning in the Parliament cafeteria, where deputies from different groups -among them, Susanna Segovia, from the commons, a formation allied with that of Montero, Unidas Podemos; the republican Raquel Sans and the socialists Assumpta Escarp and Esther Niubó - have proposed calling a rally on the stairs of the Ciutadella palace, coinciding with the international day for the eradication of sexist violence.

The person in charge of reading the manifesto has been Segovia, in her capacity as president of the Equality and Feminisms commission. In it, attacks on women are denounced both in parliamentary headquarters and on social networks and through the media, and underlines the right, protected by law, to eradicate sexist violence in all areas, aggravated in many cases for ethnic-racial, religious, cultural or age reasons.

The insults that women receive and the comments about their physique, their clothing or their family or partner relationships are a sample of the "misogyny" on the part of society and their objective, the manifesto reads, is to "degrade" and "humiliating" the female gender and accentuating the "anguish" among women, who are even threatened with "rape" on social networks, with consequences for their mental health and personal well-being.

But, in addition, denounces the text, these macho attacks, justified by the "patriarchal imaginary", suppose a violation of rights such as that of political participation, which prevents women from contributing "in equal conditions" to public debates and affects to their ability to work on the different tasks that society entrusts to them. For this reason, the manifesto expresses the "feminist outcry" against the aggressions "from wherever they come from." "If they touch one, they touch us all," Segovia exclaimed.

In order to celebrate the act of protest, for which the different deputies have been coordinating by WhatsApp during the morning, it has been necessary for the first vice president of the Parliament, Alba Vergés, who exercises the functions of president, to call off the reception to the Bureau of the previous legislature, after its president, Roger Torrent, and three other members have been acquitted of an alleged crime of disobedience by the TSJC.

However, the concentration has not been unitary. To the foreseeable absence of the three deputies from Vox, that of the two from Ciudadanos, Anna Grau and Marina Bravo, has been added. From the lectern, Grau has explained that the statement only talks about the attacks coming from the extreme right and not from the extreme left, so they could not adhere to a manifesto made "tailor-made" for Irene Montero and not, from her point of view, against "all forms of violence" suffered by women, "whatever their ideological orientation".

Although there have been contacts between the deputies of the different groups to try to redo the text, with the insistence on the part of the PSC to reach an agreement as broad as possible, in the end it has not been amended and Ciudadanos has distanced itself. The only PP deputy, Lorena Roldán, has not been present at the protest concentration either, in which the vast majority of the 64 deputies of the Parliament have participated, as well as workers and officials of the Chamber and journalists.