The Catalan bourgeoisie and the morbid

Three months after the stark and precise portrait of the decadence of the Catalan bourgeoisie appeared in bookstores, its author yesterday ventured to present it in Madrid, the square and the symbol against which, deep down, the process was put in March. 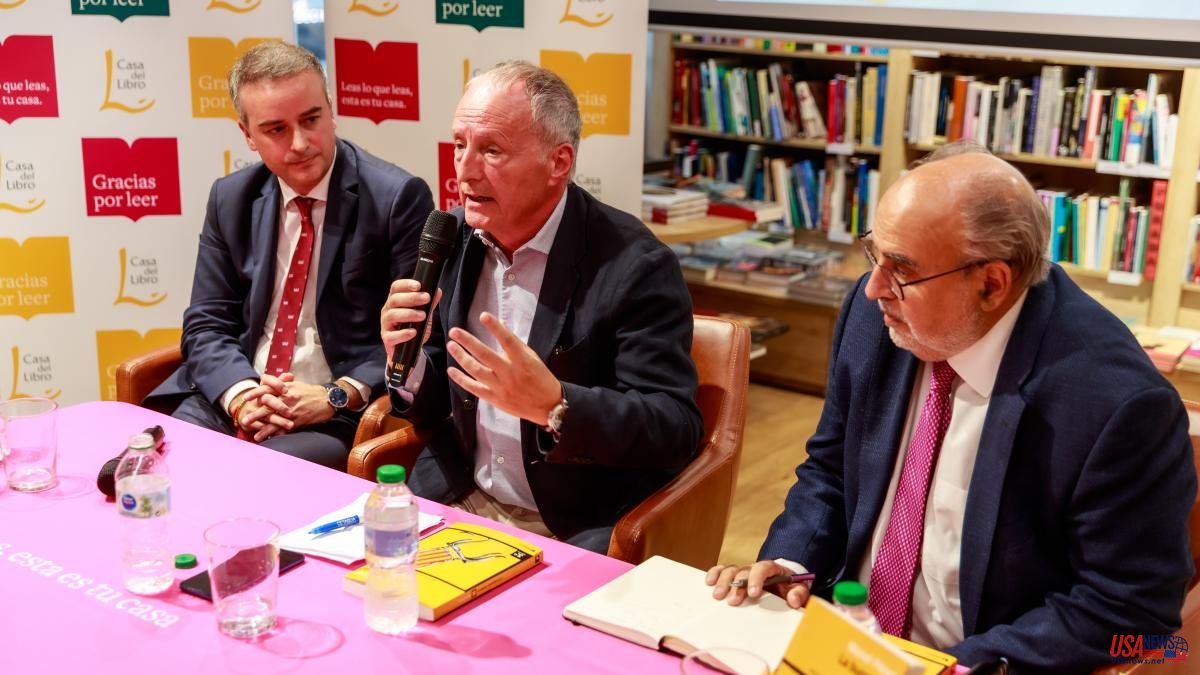 Three months after the stark and precise portrait of the decadence of the Catalan bourgeoisie appeared in bookstores, its author yesterday ventured to present it in Madrid, the square and the symbol against which, deep down, the process was put in March. Somehow, the procés started as a reaction against what he saw as a concentration of power and wealth in Madrid, and the events ended, among many other things, stripping a bourgeoisie that lived off an outdated legend.

"Explaining the Catalan bourgeoisie in Madrid is morbid," said Manel Pérez, a journalist for La Vanguardia and author of La burguesía catalana. Portrait of the elite that lost the game, from the Peninsula publishing house. A story with as many data as few adjectives that allows us to follow step by step the loss of social authority of a bourgeoisie that has seen better times, but that is still on the pitch and does not consider the game over.

"The Catalan elite would like a return to Pujolism," Pérez said. That alliance between the bourgeoisie and political power that went so well for both parties, but that now seems impossible to repeat. The electoral expectations of an operation that brings together a new convergent gene could be very limited.

It is also the Catalonia that has lost industrial capacity by leaps and bounds. The one that in those days boasted of being among the 4 engines of Europe, a very pushy operation, to become the European region that has suffered the most industrial loss. It is the bourgeoisie that mistrusted the procés, but adapted, even thought it could take advantage of it, but in the end everything went wrong, and in the words of Manel Pérez in an interview, "protested with their feet" with that march of banks and companies Catalonia.

A Manel Pérez who performed in Madrid escorted by two other references from La Vanguardia, Enric Juliana and Iván Redondo. "It's a book to understand the changes, to get oriented, to understand the whirlwind that these years have been," said the deputy director of La Vanguardia, who wanted to underline how in Spain there seems to be only one bourgeoisie, the Catalan. In Madrid, the Basque Country or Andalusia there is a business class, new entrepreneurs or rich, but the denomination of bourgeoisie, for better or for worse, seems to stick to the Catalans.

"It is a guide that can help us not to repeat the same mistakes," said Iván Redondo, pointing to the need to build air bridges between the different parts of Spain.

The origin of the book was also to serve as an orientation to avoid Manichaean readings of what has happened these years. Pérez, like possibly so many others, encountered the dissonance of listening to an idea spread in Madrid about the procés as an invention of the rich Catalans, and another in Catalonia, as an opportunity to get rich by reducing dependence on the Spain that robs us. Neither of the two ideas, in his opinion, was not close to reality. From there, he portrayed what he knows best, an X-ray of the Catalan bourgeoisie that reveals its weaknesses, and also the risk that it ends up being converted into a simple lobby.

Both Juliana and Redondo, both wearing rigorous ties, are rigorous defenders of this now maligned garment, they also pointed to the future, to the difficulties in navigating a procés that is still underway.