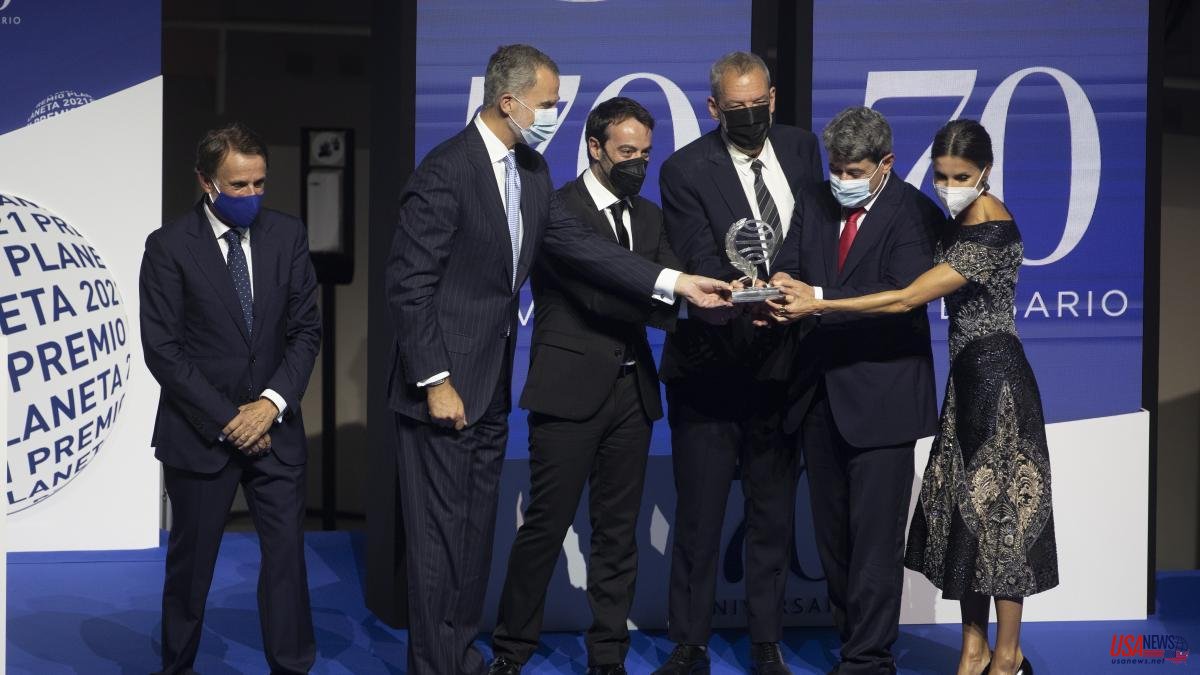 The King's House stopped spending 889,316 last year, which represents 10.55% of the total budget (8.4 million euros), largely due to the fact that the pandemic restricted the official activity of the Kings, in particular the trips, as stated in the breakdown of expenses and the budget execution corresponding to 2021 that the Zarzuela has announced this Friday, as it does every year since the beginning of the reign of Felipe VI. The information published on the website also includes the reports that audit the institution's accounts and the remuneration of its senior officers.

Regarding the salaries of the Royal Family, during 2021 King Felipe received 253,843.20 euros gross in twelve monthly payments, Queen Letizia, 139,605.60 euros gross, and Queen Sofía, 114,231.24 euros gross, the same amount as in 2020. King Juan Carlos has not received any compensation from the State since on March 15, 2020, King Felipe withdrew his allocation. Princess Leonor and Infanta Sofía do not have any remuneration from the public treasury either. As for senior positions, the head of the King's House, Jaime Alfonsín, received 147,204.12 euros and the secretary general, Domingo Martínez Palomo, 145,789 euros.

As for the institutional gifts received by the Royal Family during the year 2021, the number rises to 307, which includes gifts related to official activities, delivered by a specific provision in the program (exchange or delivery of a gift), or either in the context of an official activity that appears on the agenda. Neither the Kings nor Queen Sofía keep any of the gifts, but the destination of all of them is National Heritage.

Most gifts are books, plaques, photographs, or paintings. In the case of the King there are also cufflinks, two guayaberas, a jug given to him by the mayor of the Alicante town of Agost, the traditional sword of the Algerian Foreign Minister, or the shirt of the Portuguese team given to him by the president of this country, Marcelo Rebelo de Sousa. The King was also presented with a hat, a cap, a miniature beret, a pin, mugs, vases and a mask given to him by the Army, as well as a tea set, a salad bowl, an Atlético de Madrid shirt and a model of a drone. An amphora, an oil bottle, a commemorative tile, an aromatic candle are other gifts that appear on the list.

In the case of the Queen, there are bracelets, scarves, a set of earrings, figures and serigraphs, three masks, two t-shirts, several table linens and hats. The three gifts from the Princess of Asturias are the three books she received at the Cervantes Institute's 30th anniversary ceremony, an emblem of the Navy and Navantia, and the book Women at arms to take that they gave her father for her on the trip she Felipe VI made Peru in July 2021. The 11 gifts that the daughters of the Kings have received are bracelets, backpacks, some games, books and handmade figures.

The report of the audit carried out by the General State Intervention, complementary to that of the Casa del Rey, indicates that "adequate compliance with current legislation and applicable procedures in relation to the management of economic activities has been verified, budgetary and accounting activities carried out by the House of S.M. the King".

It also notes that the budget approved for the Casa del Rey for 2021, in the General State Budgets, was 8.4 million euros, which represented an increase of 544,000 in relation to the figure approved for the 2020 financial year, which amounted to 7.9 million euros and which remained unchanged since the 2018 financial year. With this amount, it is detailed, it was possible to compensate, in part, the increase in remuneration for officials assigned to the Zarzuela, planned for all public employees. As detailed, personnel expenses amount to 4.1 million, while current expenses on goods and services add up to 2.8 million.

La Zarzuela has also provided, for the second consecutive year, an interactive audiovisual activities report that includes the work of members of the Royal Family in the past year. In total, there were 411 activities, both in Spain and abroad. The most significant areas were those related to institutions (27%), international relations (17%), culture (14%), economy (12%) and Defense and training (7% each). Added together, the five represent 84% of the total.