The Camp Nou recovers the numbers prior to the pandemic

The image of the now Spotify Camp Nou is once again recognizable. 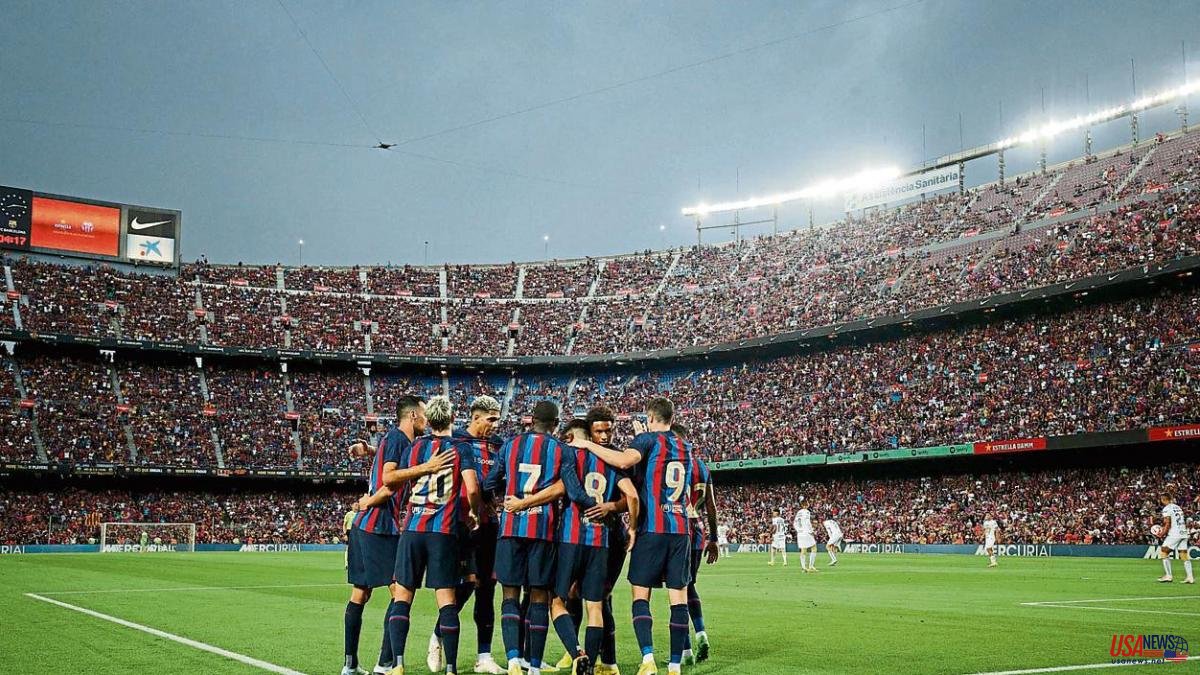 The image of the now Spotify Camp Nou is once again recognizable. After a few difficult years when all the clubs played with limited capacity, the Barça stadium has recovered its image, especially at the start of the season. Some numbers that even improve those of the last contest prior to the pandemic.

Attendance, ticket sales and global billing data for the 2018/19 financial year, the last one not affected by the covid-19 crisis, have improved ostensibly. Total attendance has risen 19%, after a season (2021-22) in which the capacity restrictions due to the coronavirus, the absence of tourists, the excesses of subscribers with the suppression of the Seient Lliure, the departure of Leo Messi and the irregular trajectory of the team, made the numbers plummet.

The average number of attendees last year was 55,026, the highest attendance was the classic against Real Madrid (October 2, 2021) with 86,422 people, with a capacity of 100%, although the valid comparison is that of the 2018/19 season. In the first four games of the pre-pandemic season (2018-19), the average was 68,691 spectators in the three League games (Alavés, Huesca, Girona) and the Champions League (PSV Eindhoven) played at home.

In the present, the figures have improved considerably. With an average of 81,890 spectators per home game in the three league games (Rayo, Valladolid, Elche) and one European game (Viktoria Pilsen) played. In total, 19% more and an average of 13,199 more people per game.

The increase in ticket sales, always with the same comparison compared to the 2018-19 season, is 46% (11,618 more tickets per game), figures that are explained by the level of the team, but also by the new strategies of sale, with a policy of discounts and different promotions, depending on the club. And for all this, the increase in turnover in the first three League games has been 18% higher on average than in the 2018/19 season, and 9% if the Champions League game is also included.

The Camp Nou is undergoing remodeling. During the World Cup, the works will begin that will force Barça and its fans, at the end of the season, to move to the Lluís Companys Olympic Stadium. In principle the club will only be in Montjuïc for one season.