The Camp Nou, among the 15 Spanish stadiums aspiring to host the 2030 World Cup

The Royal Spanish Football Federation (RFEF) announced the 15 Spanish stadiums that are eligible to host the joint bid between Spain and Portugal to organize the 2030 World Cup. 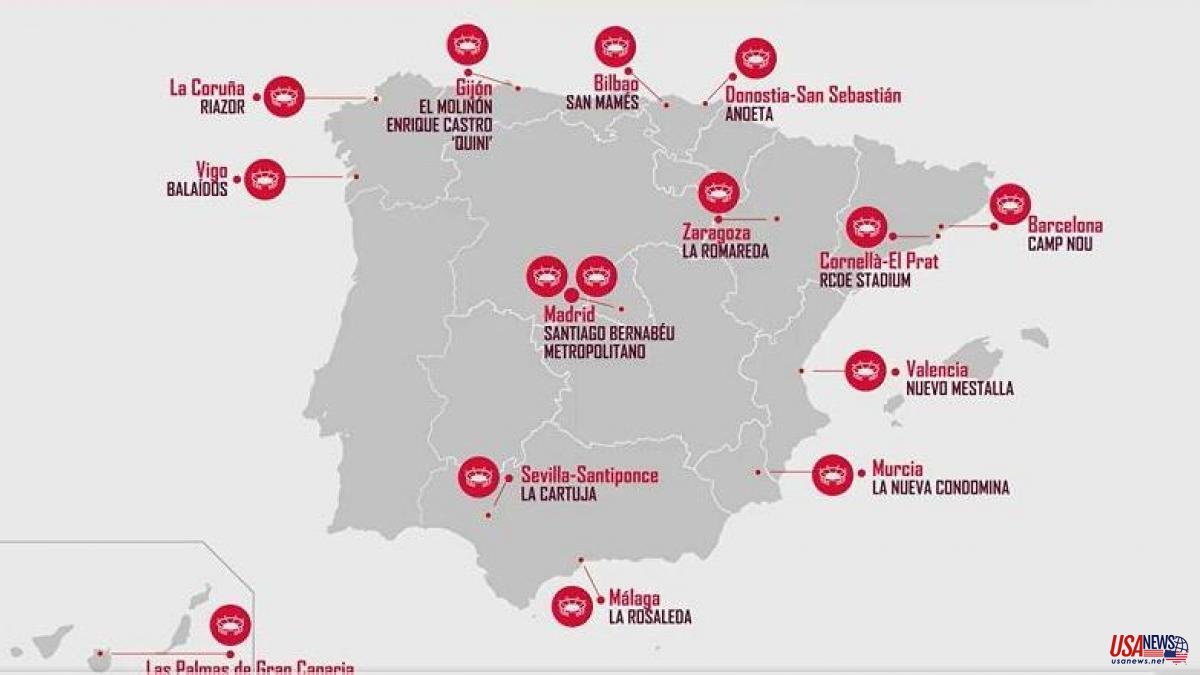 The Royal Spanish Football Federation (RFEF) announced the 15 Spanish stadiums that are eligible to host the joint bid between Spain and Portugal to organize the 2030 World Cup. As expected, the stadiums of Barça (Camp Nou) and Real Madrid ( Santiago Bernabeu) are part of the applicants, among which are fiefdoms of the First and Second Division.

This Thursday a meeting was held at the Ciudad del Fútbol de Las Rozas in which there were also representatives of the Spanish government, the autonomous communities, municipalities and interested clubs to continue shaping the Iberian candidacy that they want to present to FIFA to host the Cup of the World in the year of its centenary.

"It is the most important country project that Spain can tackle in the coming years," declared President Luis Rubiales, "cautious but optimistic" ahead of the final election in May 2024, when FIFA will announce the winning candidacy. It will be the only European candidacy in the final election process.

The Spanish government was represented by the general secretary of Culture and Sports, Víctor Francos, and the cabinet director of the CSD presidency, Juan María Fernández Carnicer, while the technical aspects to be taken into account by the candidate venues were outlined by the general secretary of the RFEF, Andreu Camps, and by the director of International Relations of the RFEF, Jorge Mowinckel, who unveiled the fifteen venues that aspire to be one of the eleven that Spain will present.

Although the requirements for the candidacy have not been formally published by FIFA, a World Cup of 48 teams will be taken as a reference, which it was decided to expand for the 2026 edition in the United States, Mexico and Canada, with stadiums that must have a net capacity capacity between 40,000 and 80,000 spectators.

The evaluation of the venues in Spain in the joint candidacy thus began this Thursday, July 14, with the delivery of documentation to the venues that have shown interest and is expected to last until next November, with no date yet defined. to publicize the eleven venues finally chosen.