The Busquets relay, winning the duels and other keys to Japan - Spain in the World Cup

The Spanish team will close the group stage against Japan with the clear challenge of qualifying as first in the group, an objective that Spain will achieve if they beat the Japanese. 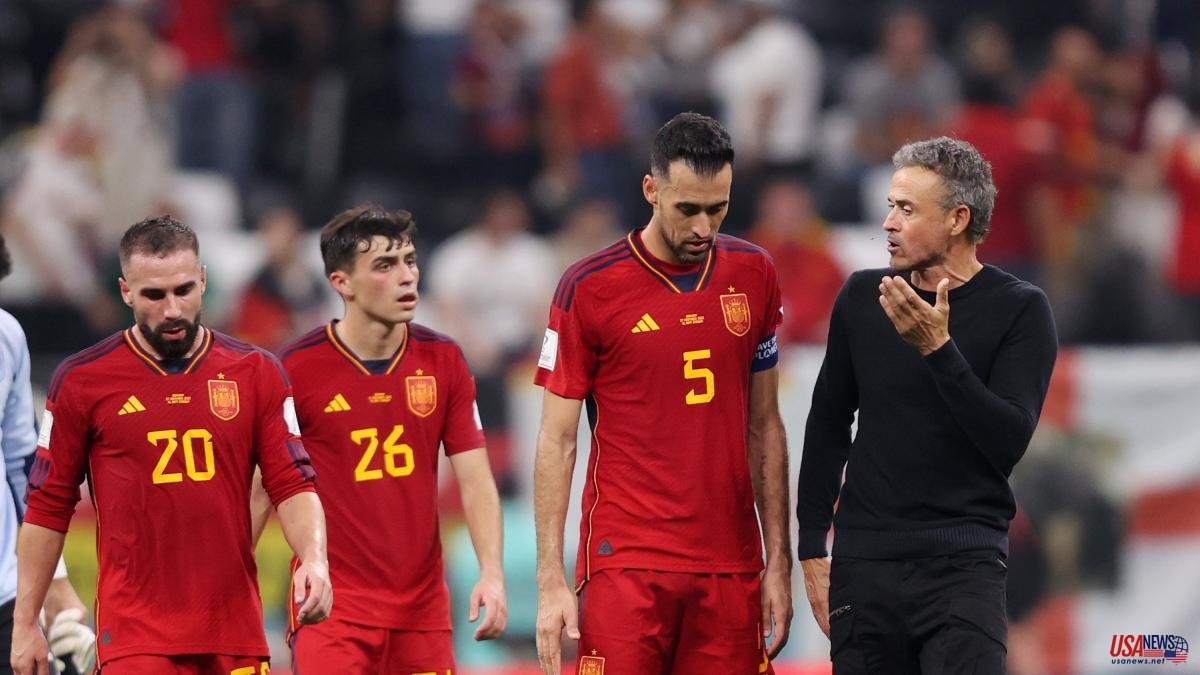 The Spanish team will close the group stage against Japan with the clear challenge of qualifying as first in the group, an objective that Spain will achieve if they beat the Japanese. Up front, the Asians also have options, so a very active rival is expected. Here my 5 tactical keys for this meeting:

Spain arrives at the match with four points and everything in favor to finish first in the group. In addition, a tie ensures the pass to the round of 16 with what could appear the risk of being conservative. But Spain will not. Due to the invariable idea of ​​the game and the focus on the future. Because reinforcing the idea of ​​the game on days like today is what really makes you dispel doubts in situations of competitive stress. Some situations in which, for sure, the team will find themselves if they access the knockout phases. Luis Enrique has made it clear. This yes, the first minutes will be as important as decisive to try to take advantage of this determination.

With 154 minutes in the game and a yellow card that threatens a possible sanction, it is an ideal day for Luis Enrique to choose to give the responsibility of the pivot position to an alternative to Sergio Busquets. And this is where a wide range of possibilities opens up. The first possibility, and the most natural, would be to place Rodrigo there while giving entry to one of the two right-handed central defenders that are part of the list (Eric Garcia or Hugo Guillamón). The other options are that Koke, Carlos Soler or Guillamón himself occupy that position. And the third, not ruled out but not recommended, that Busquets does start playing.

Japan is a super disciplined team from a defensive point of view. They are supportive in all lines and do not negotiate aid routes. So much so that, when the ball is in a sector of the field, the far players close a lot. Even too much. And this is a factor that Luis Enrique's team has to use. Attract in order to make the pressure of the Japanese soccer players jump to generate spaces with which to create danger later. Play and play always with your eyes and mind set on the areas that are released.

If Japan's strong point is order, its defensive weakness is individual disputes, passing play and goalkeeping problems. That is why Spain has to take advantage of those sets in which they will win (the majority) so as not to hesitate and attack quickly from there. It will be important for players who are not directly involved in the duel to be prepared knowing that the second play will most likely be favorable. If Spain is fine in this, they will get scoring chances this way for sure.

On the other hand, in the offensive phase they play with a 4-2-3-1 scheme and depend a lot on the quality of the players. Above all, they have talented players on the second line. The midfielder, Daichi Kamada from Eintracht Frankfurt is a very good player. On the right or even on the left, Takefusa Kubo can still play and, in the second game, he did not start. He also paid attention to footballers like Wataru Endo or Junya Ito. Spain will have to be attentive to the interior combinations of all of them because they have dynamism and quality.