The Bundesliga beyond Bayern Munich

Germany has a kaiser who has exercised his absolute authority for a decade. 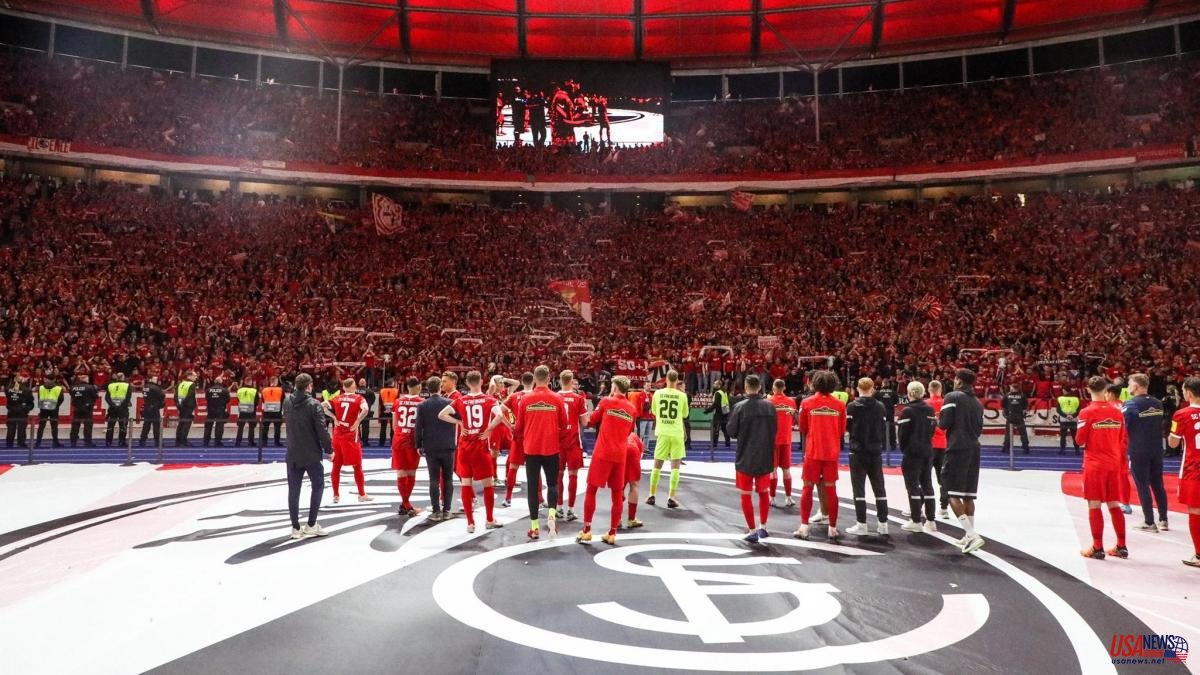 Germany has a kaiser who has exercised his absolute authority for a decade. Bayern Munich, which will open the season this Friday at 8:30 p.m. against Eintracht Frankfurt, conquered the last ten salad bowls in the Bundesliga, and there are no signs that another team can challenge that hegemony. The Bavarian squad, despite the significant loss of Robert Lewandowski, has only strengthened in the market, even above the usual in recent summers. Accustomed to not taking pity on their rivals regardless of the situation and the score, the surprise would be not seeing Julian Nagelsmann's men lift their eleventh consecutive league title. Fortunately, the Bundesliga is much more than that.

If anyone can make Bayern wobble at the top of the table, it's Borussia Dortmund and RB Leipzig. The Yellow Wall, as the background of the Signal Iduna Park is known, which turns yellow in every Dortmund match, will now chant the names of Niklas Süle, Nico Schlotterbeck, Salih Özcan or Karim Adeyemi, four reinforcements of great renown and projection in the German soccer elite.

Unfortunately, they will be without, indefinitely, the forward called to fill Erling Braut Haaland's place, Sébastien Haller, after a malignant testicular tumor was detected. Even so, the strengthening of the defense, which was the most urgent, gives hope to the team captained by Marco Reus, a club legend who is six goals away from overtaking Michael Zorc as the entity's all-time top scorer.

The modern Leipzig, head of the 'Red Bull factory', is the other great candidate to discuss the validity of Bayern at the top of the table. Domenico Tedesco completed his first pre-season in charge of the team and can be happy with the transfer window. The constant rumors about the future of key players remained, at least for the moment, up in smoke.

Christopher Nkunku, author of 20 goals and 15 assists in the Bundesliga last season and one of the main responsible for the first title in the club's history, the DFB Pokal, signed his renewal. Others like Konrad Laimer, Josko Gvardiol or Dani Olmo aim to continue in the team. They have said goodbye to Nordi Mukiele and Angeliño is also on the starting ramp, but David Raum has arrived to reinforce the left back, as well as Xaver Schlager to shore up the midfield.

Bayer Leverkusen, surprisingly eliminated in the first round of the DFB Pokal, slipped into the Champions League last season, even above Leipzig. With a dynamic and attractive game based on Gerardo Seoane's immovable 4-2-3-1, the aspirin team was one of the best offensively in the entire Bundesliga. Patrik Schick, after proclaiming himself the top scorer in the European Championship with the Czech Republic, gained confidence and exploded to reach 24 league goals, only surpassed by Lewandowski's 35. In addition, they anxiously await the return of his pearl, Florian Wirtz, one of the most promising players in European football whose progression was cut short by a serious injury to the anterior cruciate ligament in his left knee.

For its part, Eintracht Frankfurt begins a hangover campaign after lifting the Europa League. Not only have they been able to maintain the block that made them European champions, but they have also added two important pieces such as Mario Götze, who returns to Germany after passing through the Netherlands, and Lucas Alario. One that fell short of success was Freiburg, revelation team of the season and finalists in the DFB Pokal. Under the orders of Christian Streich, the longest-serving coach on a Bundesliga bench, the Black Forest made simplicity their greatest weapon. They were left without one of their pillars, the young Schlotterbeck, but they brought back Matthias Ginter as a replacement for guarantees.

Hoffenheim, ranked ninth last year, aim to move up the rankings this season. Already without Raum, one of the best left-handed wingers in Germany, and without Chris Richards, who went to Crystal Palace, they were reinforced this summer with Ozan Kabak and Grischa Prömel, a very complete midfielder who became an icon of Union Berlin. In addition, the conversion of Andrej Kramaric into a hitch, less scorer, but with more participation in the game, it can come in handy for his team.

Five teams aspire not to suffer this season or even to give the bell and assault the European positions. Two of them already caused a sensation last year. Union Berlin finished fifth and will play in the Europa League, a prize and, at the same time, a punishment, because it could penalize their performance in the Bundesliga. In addition, they will no longer have their captain, Prömel, nor their scorer, Taiwo Awoniyi, who scored 15 goals. Even so, Urs Fischer has wicks not to be immersed in the fight for relegation.

Another of last season's sensations was Cologne, also eliminated in the first round of the DFB Pokal, who have the most charismatic coach and striker in the league. Steffen Baumgart and his inseparable beret, along with Anthony Modeste and his 20 goals, put the team in the Conference League. They lost Özcan, a promising midfielder, but they were correctly reinforced to make up for his loss.

The other three who will try not to be in trouble, but who arrive after a disappointing period are Stuttgart, saved in an agonizing last day; Borussia Mönchengladbach, who went from playing in the Champions League round of 16 to wandering through the middle of the table and losing several visible faces of the project; and Wolfsburg, a case very similar to Gladbach. For potential, they could surely be higher. The Volkswagen team has one of the central couples with the most future, formed by Maxence Lacroix and Sebastiaan Bornauw; while Daniel Farke's men have the offensive power of Marcus Thuram and Alassane Pléa. However, the sensations do not portend anything positive.

Finally, in the fight for relegation could be, in addition to the two recently promoted, Schalke 04 and Werder Bremen, four other clubs. Hertha Berlin, with instability as a flag, is probably one of them. Miraculously they were not relegated last year, coming from behind in the promotion second leg against Hamburg. Despite the investment behind it, the capital's project has never achieved regularity, neither on the pitch nor on the bench, in addition to not having a recognizable style. They started the year losing in the DFB Pokal against Braunschweig, from the 2.Bundesliga.

Augsburg and VFL Bochum, although saved with a certain cushion of points due to the poor performance of the relegated side, should not be trusted. The former undoubtedly have more quality in their ranks to be able to get their heads out of the water and take a step forward. With Germany Under-21 international Arne Maier in midfield or the power of Andre Hahn and newcomer Ermedin Demirovic up front, they will have plenty of options to improve their performance. Bochum, meanwhile, suffers in front of goal and has lost two starters this summer in Bella-Kotchap and Elvis Rexhbecaj, so they aim to have a bad time for another year.

Mainz 05 is a difficult unknown to predict. He finished the season in eighth position, well above his means. In the summer he has lost many important players and has not been reinforced with big names, so he will continue to depend on his attacking partner, 'Jonisiwo', formed by Jonathan Burkardt and Karim Onisiwo.

Finally, Schalke 04 and Werder Bremen return to the elite after only one year in the 2.Bundesliga. The Ruhr basin will once again enjoy its derby, Schalke-Dortmund, and the top German competition will once again have one of its five champions so far in the 21st century, one of the last to dare to challenge the hegemony of Bayern Munich , back in 2004. Permanence is a tough challenge for both of them, but they will have the support of two of the best fans in Germany, especially the 'miners' from Gelsenkirchen.