The coalition government of Bulgaria, led by the pro-European Kiril Petkov, lost this Wednesday in the Sofia Parliament a motion of censure presented by the conservative populist opposition, for which the Balkan country faces possible new elections, the fourth in less than 18 months. 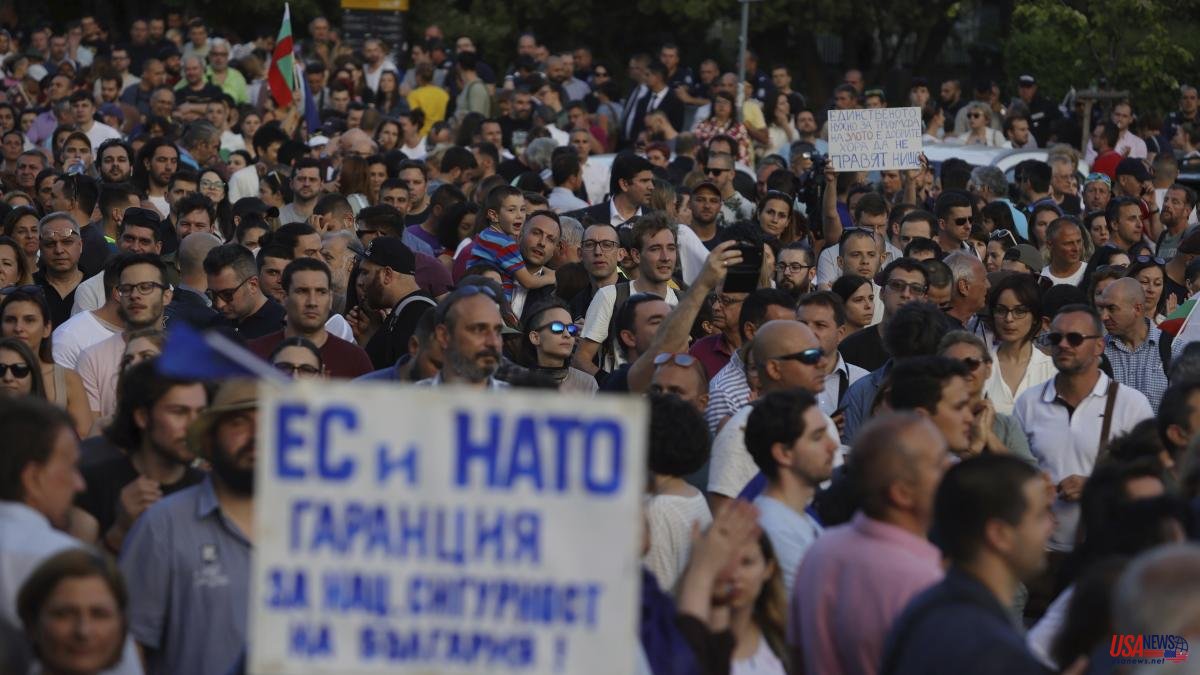 The coalition government of Bulgaria, led by the pro-European Kiril Petkov, lost this Wednesday in the Sofia Parliament a motion of censure presented by the conservative populist opposition, for which the Balkan country faces possible new elections, the fourth in less than 18 months. .

A total of 116 deputies supported Petkov's minority Executive, prime minister for just six months, while 123 voted against the Government and one did not go to the vote.

This new political crisis in Bulgaria has its origins in the departure a few weeks ago of the Executive of the anti-system populist party ITN, of the popular singer Slavi Trifonov.

The motion received the support of the main opposition party, the populist conservative GERB, the Turkish ethnic party DPS, the pro-Russian ultra-nationalists of Vazrazhdane, and ITN, although among its ranks there are six parliamentarians who joined the government.

Petkov, winner of last November's elections at the head of the We Continue Change (PP) party, led a coalition with the socialists, heirs to the communist party, and the Euro-Atlantic-oriented protest formation, Democratic Bulgaria.

The fourth partner was Exist Such a People (ITN), led by Trifonov, who decided on June 8 to withdraw his four government ministers, after accusing Petkov of mismanaging public money and wanting to lift the Bulgarian veto at the beginning. of the negotiations for the entry into the EU of neighboring North Macedonia.

Since 2020, Sofia has been in a dispute with Skopje over the common past of both countries and demands more guarantees for the rights of ethnic Bulgarians in that country.

In addition, it demands that the neighboring country abandon offensive qualifications about history, which it considers "hate language", such as signs on monuments and the term in school books such as "fascist occupier" during World War II, when Bulgaria was an ally. of Nazi Germany.

After the fall of the Petkov government today, it is ruled out that Bulgaria will lift its veto against North Macedonia in the coming days, as expected in Skopje.

With the departure of Trifonov's party, Petkov's coalition came to have only 109 seats in Parliament, far from the majority of 121 among the 240 seats in the Chamber.

Since his departure from the Government, six ITN deputies declared themselves independent but in support of the Petkov Executive, an economist educated in the United States, who entered politics last year and won the November elections with the promise of fighting corruption and organized crime.

The new balance of forces gave its first result last Thursday, when at the request of ITN the President of Parliament, Nikola Minchev (PP), was dismissed by an opposition majority of 125 votes.

Minchev himself called the vote a "dress rehearsal" for today's no-confidence motion.

After the fall of the Executive, the Bulgarian president, Rumen Radev, will have to entrust the formation of a new Government to the PP, which will have seven days to find a parliamentary majority.

If Petkov does not succeed - which is likely, according to local analysts - GERB will be commissioned to form an Executive.

If the conservative populists of former Prime Minister Boyko Borisov do not find a parliamentary majority, or any other formation, then the Parliament would be dissolved and general elections would be called for autumn.

While the vote against the Government was taking place in Parliament, some 10,000 Petkov supporters gathered in front of the Chamber to show their support for the Executive.