'The Builders of the Alhambra', the documentary that explores the eighth wonder of the world

A trip to the past towards the Muslim kingdom, the discoveries of the Arab culture and the deep architectural research on the eighth wonder of the world is what we find in the documentary The Builders of the Alhambra. 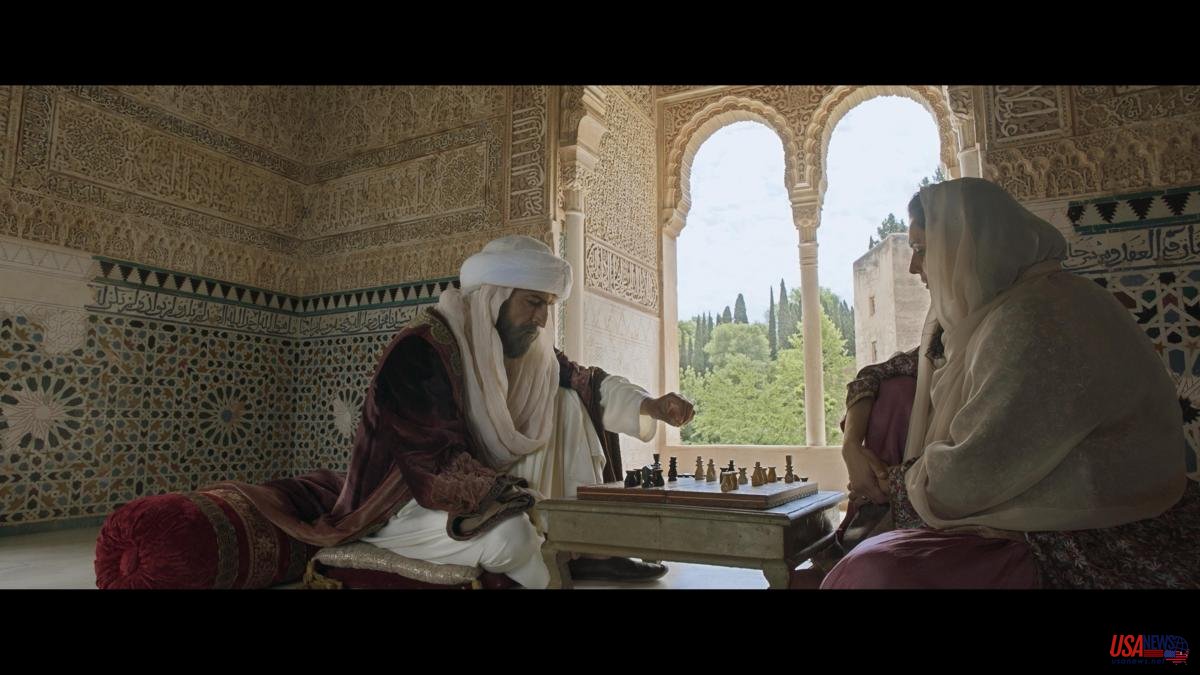 A trip to the past towards the Muslim kingdom, the discoveries of the Arab culture and the deep architectural research on the eighth wonder of the world is what we find in the documentary The Builders of the Alhambra. The audiovisual project directed by Isabel Fernández will be released in theaters this Friday, November 25.

The documentary is based on the chronicles of the 14th century, written by the vizier and poet of the Kings of Granada, Ibn al-Khatib, played by the French Egyptian actor Amr Waked (Syriana; Salmon Fishing in Yemen; Lucy). The context dates back to the time when what we know today as Andalusia was one of the most developed centers of knowledge in Europe.

In the year 1340, the kingdom of Granada is doomed to disappear, due to the rapprochement of neighboring kingdoms. With the purpose of avoiding the invasion and reflecting the splendor of the Muslim civilization, the Sultan of Granada, Yusuf I, orders the construction of the palaces of the Alhambra, as a sign of threat and power. His vizier, Ibn al-Khatib (Amr Waked), poet and genius ahead of his time, participates in this colossal challenge. However, when the sultan's son, Muhammad V, inherits the throne and involves him in the new policies of his reign, the vizier is torn between the ideas of his old world and the emerging new one.

Other actors of North African origin who give life to the characters in the film are Sofian Benaissati (La Hija; Gigantes), Farah Hamed Ali (Elite; The Last Days) and Adil Koukouh (Entrevías; El Cid), who complete this poetic and philosophical journey of one of the most exceptional buildings in the world.

Ibn al-Khatib, "was one of the most important historians of the Medieval Age, but nobody considers him as such because he was a Muslim", confesses one of the historians who appear in the documentary. In the words of the director, "I don't think it is a rejection, but simply ignorance in the face of what is different. Islam is European, just like Christianity. In different volume and extension, of course. But, it is part of the cultural transfer that has flourished in Europe".

The Builders of the Alhambra is a historical film that uses the resources of documentary and fiction to immerse the viewer in a fundamental period in the history of Spain about which we know very little. The director Isabel Fernández explains the origin of the project: “I have always been fascinated by the Muslim legacy in Europe and especially the Alhambra. Likewise, I have always been surprised by how little has been told about this part of history and its people. That is why 6 years ago I decided to immerse myself in the history of Granada to try to understand the meaning of this building that fascinates everyone. This great story about his creation was there asking someone to come forward to tell it. I would like it to serve to reflect on a fundamental part of who we are, and to vindicate the weight of Al-Andalus in the creation of European culture”.

It is the first time that the Alhambra hosts a similar filming, it is one of the most restrictive buildings in Europe. "Filming in there has been very complicated. A shoot like this requires a high deployment of means. We had to be careful with every corner, with every detail and we even had to respect the schedules of the tourists," says the director. Therefore, the shooting schedule was redesigned and all the necessary requirements were adapted so as not to damage a World Heritage Site.

Due to the difficulty of this ambitious documentary, they needed many collaborators. Among the organizations that have made the project possible are the production company El de las Dos Vidas A.I.E., Al Pati Produccions and Polar Star Films. In addition, it has the support of Media Europa Creativa, the Andalusian Agency for Cultural Institutions, the ICEC, the Board of the Alhambra and the Generalife, the Granada Tourist Board, the Institut Ramón Llull, and the participation of RTVE, the channel Franco-German cultural ARTE/ZDF, Austrian public television ORF, Aljazeera Documentary, Canal Sur, and ORF Enterprise.

"We must turn on the curiosity light and begin to investigate in our history those important things that we have overlooked. With this documentary I hope to attract the attention of the viewer. It is necessary for them to realize that this is part of the history of Europe" , concludes the director.