The British Supreme Court has approved the first flight to Rwanda with illegal immigrants on board. 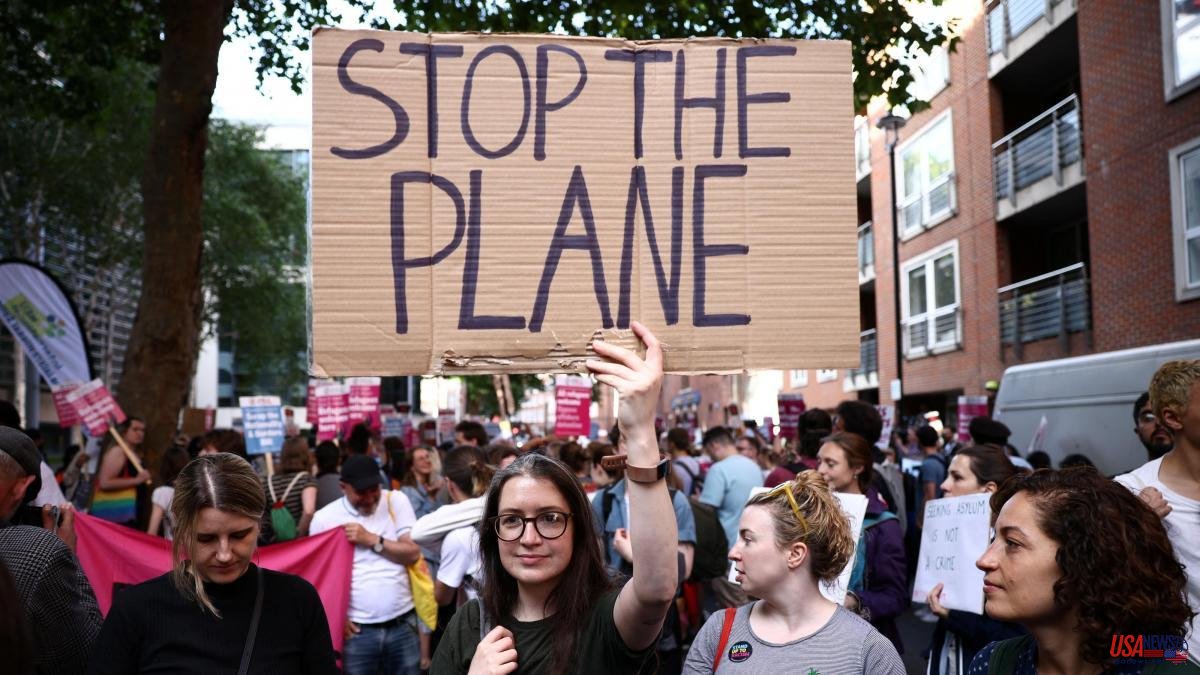 The British Supreme Court has approved the first flight to Rwanda with illegal immigrants on board. The judges rejected the resources of the activists to get a temporary stoppage of the action.

Non-governmental organisations, trade unions and the Anglican Church itself have exhausted all resources to prevent asylum seekers from being sent to Rwanda. Judge Robert Reed has closed the door to a last resort of the collective of lawyers.

This controversial plan has horrified political opponents, charities and religious leaders, who say it is inhumane. The United Nations refugee chief has called it "catastrophic", the entire Church of England has denounced it as an "immoral policy that puts Britain to shame" and the media have said that Prince Charles has called in private the plan "appalling".

This first flight is scheduled to leave London around 10 pm tonight with at least seven immigrants on board (of the thirty initially planned). However, a government official, who asked not to be named, said there is a possibility that individual legal challenges could mean that the private plane the government has chartered leaves without asylum seekers on it.

Boris Johnson's government hopes to get the remaining twenty-three to leave on subsequent flights after having won the appeals in court.

The UK has struck a 120 million pound ($148 million) deal with Rwanda to send migrants who have illegally crossed the English Channel on small boats from Europe. Rwanda is a landlocked African country.

The Government affirms that the deportation strategy is necessary to stem the flow of immigrants who risk their lives crossing the English Channel and put an end to human trafficking networks.

Courts have dismissed the latest attempts by human rights groups and activists to stop the flight, but the High Court in London is considering other cases before it leaves. In this regard, Johnson has signed that the lawsuits were undermining the Government's attempts to support safe and legal routes to reach the United Kingdom.

"We are not going to be daunted by some of the criticism that has been leveled at this regulation, some of it coming from somewhat unexpected quarters, we are going to continue to comply," he told his cabinet ministers.

According to government figures, last year the arrival of more than 28,500 people in the United Kingdom in small boats was detected. Dozens more arrived Tuesday morning, including women and young children, according to a Reuters witness at the English Channel port of Dover.

More than 130 people have received deportation notices, and 37 of them were due to be removed on Tuesday. Charities have said they included people fleeing Afghanistan and Syria, as well as Iran and Iraq.

However, a series of successful legal challenges has brought that number down to seven, according to the charity Care4Calais. At least three appeals to the Superior Court were to be heard on Tuesday.

The first case concerned an Iranian national with mental health problems who was at risk of suicide if deported to Rwanda, his lawyer told the court.

"There will be people on this flight and if they are not on this flight they will be on the next because we are determined to end the model of terrible people smugglers," Foreign Secretary Liz Truss told Sky News. "The really important thing is that we establish the principle."

Human rights groups say this policy move will endanger immigrants. UNHCR has said that Rwanda, whose human rights record is in question, does not have the capacity to process the claims, and that some migrants are at risk of being returned to the countries from which they have fled.

A full hearing will be held in July to determine the legality of the regulations as a whole.