The British and international press mourns the "queen of two centuries"

The death, at the age of 96, of Queen Elizabeth II after seven decades of reign monopolizes the front pages of the British and international press. 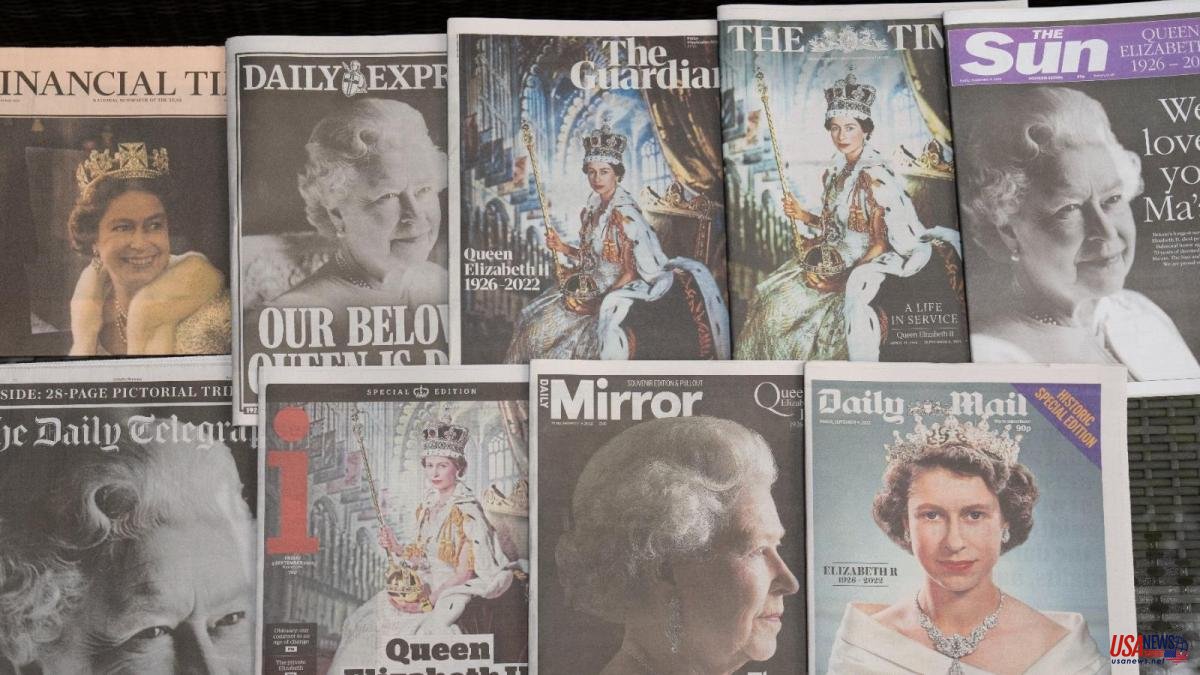 The death, at the age of 96, of Queen Elizabeth II after seven decades of reign monopolizes the front pages of the British and international press. The relevance of her historical figure – she has been the longest-serving monarch of the British crown and the second in the world – has covered the main headlines of the world with special editions. Although most have opted for a sober headline with the queen's name and the dates of her birth and death, others like the 'Daily Telegraph' dedicate an affectionate "Sorrow is the price we pay for love" or her long years as sovereign stand out: “The queen of the two centuries”, headlines the 'Corriere della Sera'.

In the United Kingdom, almost unanimously, the front pages of newspapers have opted for a large photograph of Elizabeth II (most use the image of the day of her coronation in 1953) on which her name and the dates of her birth and death appear. . The 'The Times' adds: "A life of service."

For their part, the tabloids headlines with condolence messages. 'The Sun' speaks directly to the monarch with a "We loved you, ma'am", along the same lines as the 'Daily Star' ("She did her job, ma'am"). The 'Daily Mail' ensures that "Our hearts are broken" and, curiously, opts for a headline about Liz Truss's energy plan.

As for the international press, it is the most outstanding news of the day in the vast majority of headlines. From the United States, the New York Times affirms that Elizabeth II has been “queen and spirit of the United Kingdom”. The 'Wall Street Journal' highlights that "her reign stood out in an era of change." In France, 'Libération' assures that his death is "the sorrow of England", while 'Le Monde', being an afternoon newspaper, has not yet dedicated its paper cover to him, although on the web they highlight the same idea: "A grieving nation."

The more sober German newspapers opt for a smaller image and a headline reporting his death. The tabloid ‘Morgen Post’ stands out with an expressive “Oh, dear” (“Oh, dear”, in English). In Italy 'La Stampa' titles in English 'The Queen' and 'La Repubblica' describes her as "The last queen". Although the most meaningful, perhaps, is that of the regional 'La Sicilia', with a "God welcome the Queen". Finally, 'The Irish Times' highlights the monarchical succession in the neighboring country: "Charles becomes British King after the death of Queen Elizabeth at the age of 96."