The Brazilian military prepares a parallel recount of the presidential elections

Possible saber whispering in the Brazilian electronic ballot boxes before the first round of the presidential elections on October 2. 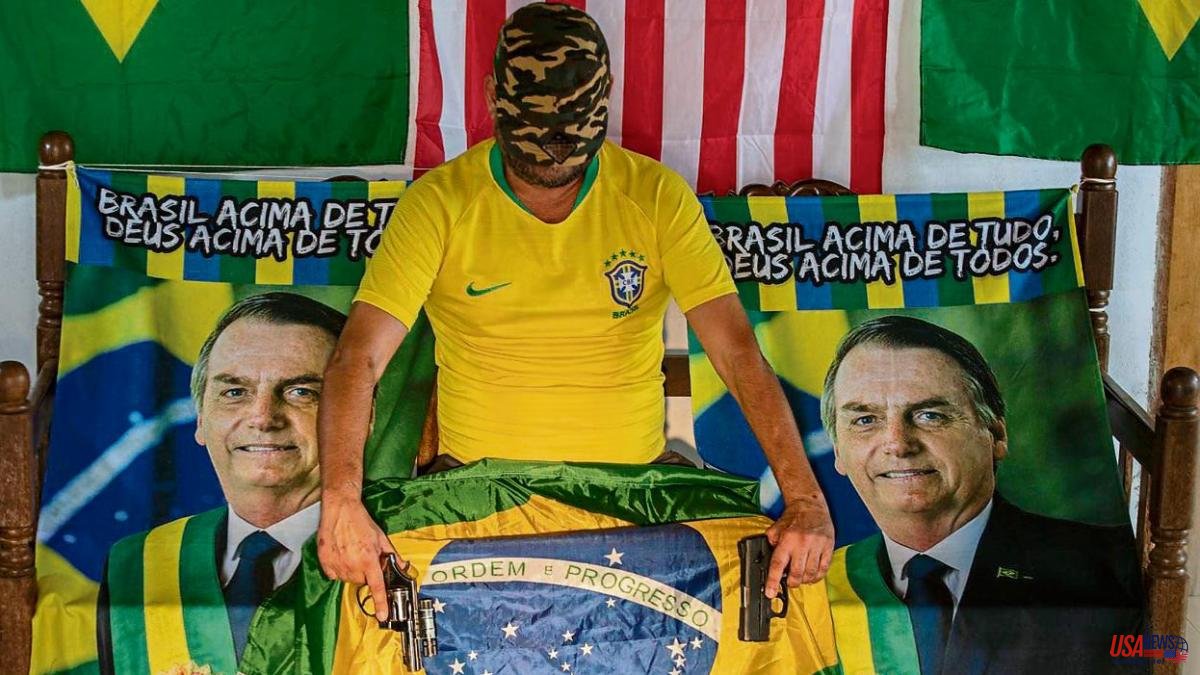 Possible saber whispering in the Brazilian electronic ballot boxes before the first round of the presidential elections on October 2. According to the newspaper Folha de São Paulo, the Armed Forces, the backbone of the government of the president and former captain Jair Bolsonaro, intend to make a parallel count in 385 tables throughout the country to compare their data with those disclosed by the Superior Electoral Court. He denies any official validity to the military audit and denies the military version that this unprecedented intervention was agreed this summer.

It would be an initiative that is difficult to compare in a democratic system. It has its origin in the recurring criticism of the electoral process of the far-right Bolsonaro, demanding that the military act as a kind of referee before an election that is initially favorable to former President Lula da Silva.

The head of the Brazilian State maintains that the electronic ballot boxes, which have been used for five decades, are “totally vulnerable”. Thus he proclaimed it in July in an appearance before some 40 ambassadors. Immediately, Lula, leader of the PT and head of a center-left coalition, accused the president on Twitter of emulating Donald Trump in the face of, in his opinion, certain defeat, which the polls predict.

Beyond the enormous economic, social and constitutional differences between the United States and Brazil, there is a key that is reflected in a number: 64 Bolsonaro loves, because it is the year of the last century, of the military coup, although he insists that it was not a coup, but the transition to a dictatorship that he praises. That is also why, although 385 ballot boxes in a country with more than 150 million voters are a drop in the ocean, the military presence has terrifying echoes.

The military has constituted a great quarry for Bolsonaro's carousel of ministers and there is an article in the Constitution, 142, that the most bellicose see as a door for intervention, although that is not its meaning. But, for example, on the military side, direct confrontation with the judiciary was avoided, which the president explored at some bitter moment, as journalist Guilherme Amado explains in his book Without a mask. The Bolsonaro Government and the commitment to chaos.

Yesterday, in a forum of his other great electoral armed wing, that of the evangelical churches, with great penetration in recent Brazil, Bolsonaro said that if it is "God's will", he will continue in the presidency. And that if he loses, he will transfer power and leave the scene. Of course, with "clean elections", which leaves the door open to post-electoral litigation, especially if the margin is narrow.

In the case of defeat, he stated that he would have nothing else to do at 67 years of age and that on December 31 his political life will end. These statements, the very movement of trying to involve the military already in the first shift and the only televised debate held so far, in which a Bolsonaro was seen unable to stop Lula despite his ballast of corruption, show signs of the presidential fear that his rival wins in the first round, for which he has to exceed 50% of the votes. The main polls place him a few points lower and with a wide advantage of more than a dozen points over the president.

It's been 24 years since a candidate won in the first round, when Fernando Henrique Cardoso, of the PSDB, defeated Lula with one stroke, just as he had done four years earlier.

However, there are more than two weeks of campaign left. Lulism, the idolatry of the former president who lifted millions out of poverty, is powerful, but anti-Lulism, the one that, together with Da Silva's prison, gave Bolsonaro power, continues to be an intense undercurrent. And without forgetting how well in 2018, Bolsonaro and his children took advantage of social networks and fake news. There are two electoral unknowns in Brazil: when Lula will win and by how much. The greatest mystery depends on them, how the president will react if he loses. That is why it is the most delicate election since the end of the military dictatorship.