If in order for the clarity agreement proposed by Pere Aragonès to crystallize, they already painted rough with the rejection of the Parliament in September and with the resounding refusal of Pedro Sánchez to a referendum for Catalonia, now with the paralysis of the dialogue table the president is going to have raw. 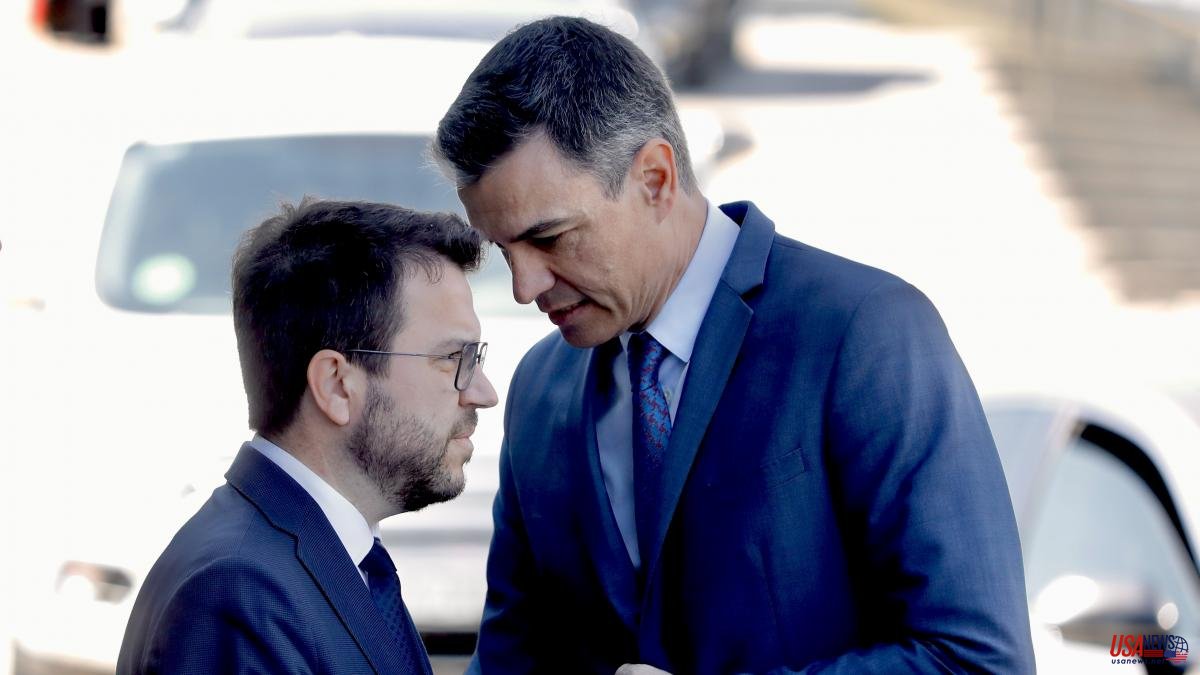 If in order for the clarity agreement proposed by Pere Aragonès to crystallize, they already painted rough with the rejection of the Parliament in September and with the resounding refusal of Pedro Sánchez to a referendum for Catalonia, now with the paralysis of the dialogue table the president is going to have raw. The talks to resolve the Catalan conflict are going to continue, but with the brake on the staging of this negotiation space, the head of the Government loses a livelihood on which to rely to convince sovereignism that the proposal with which the conditions would be set of a hypothetical agreed consultation will at least be heard by Moncloa.

And it is that the commitment that the dialogue table meet again before the end of 2022 will not be fulfilled. Until Sunday the Government did not throw in the towel, but on Monday, after a new conversation between the Government and Moncloa teams, at the Palau de la Generalitat they already made it clear that there would be no new appointment this year. Yesterday they admitted it publicly.

With the paralysis of this space, the constitution of a clarity agreement is further complicated. The president had recalled on Monday in his institutional speech on the day of Sant Esteve that he intends to open "a new stage" in which this time the axis of self-determination is mainly addressed. To do this, he called on all the Catalan social, economic and political agents to build a "great consensus" that will crystallize in that agreement in 2023. But all of them now confirm that the dialogue table is in hibernation.

The president is going to have to convince all of them that there is no photo, but that the contacts continue discreetly. The truth is that in the speech Aragonès seemed to outline a transition panorama for 2023. He dedicated direct appeals to the rest of the sovereignist actors to agree on the clarity agreement and hardly issued notices to Moncloa.

Be that as it may, the Catalan Executive has blamed the Government of Sánchez, who, in his opinion, has accused the "tension due to what has happened in Madrid as a result of the reform of the Penal Code", which has implied the repeal of the crime of sedition and the redrawing of the embezzlement and a disparity of bickering and disqualifications between the PSOE and the opposition, with the PP at the forefront, in addition to the occasional internal conflict in the socialist ranks.

From the Government they insist that the contacts with the central Executive "will continue to advance" in the field of dejudicialization - where the pardons, the changes in the Court of Accounts and the recent reform of the Penal Code could be framed.

The next meeting of the dialogue table had to be in Barcelona. A new photo of the ministers in the Palau de la Generalitat after the agreements reached regarding dejudicialization was an image that the Government did not want to give up. It would have worked, the Republicans say, as a reaffirmation before other pro-independence sectors –Junts, the CUP and the ANC, for example– of the negotiation strategy that ERC has been advocating since 2018 to resolve the political conflict.

Sánchez is no longer for the job. In 2023 there are municipal elections and in some autonomous regions, and most likely general elections at the end of the year, and he does not want more wear and tear. For a few days that he has been in public, he has maintained that "the process is over" and that his strategy of "deflation" has borne fruit. He boasts of his "reunion agenda." In addition, yesterday morning, he responded to Aragonès's speech yesterday, stressing that there will be no self-determination referendum. "They can claim what they want, but it will not happen," he said.