The Valencian Government wants to turn the page as soon as possible of the abrupt relief in the Ministry of Agriculture, Rural Development and Climate Emergency and focus on sealing this week a political agreement on the 2023 budgets to recover the image of unity. 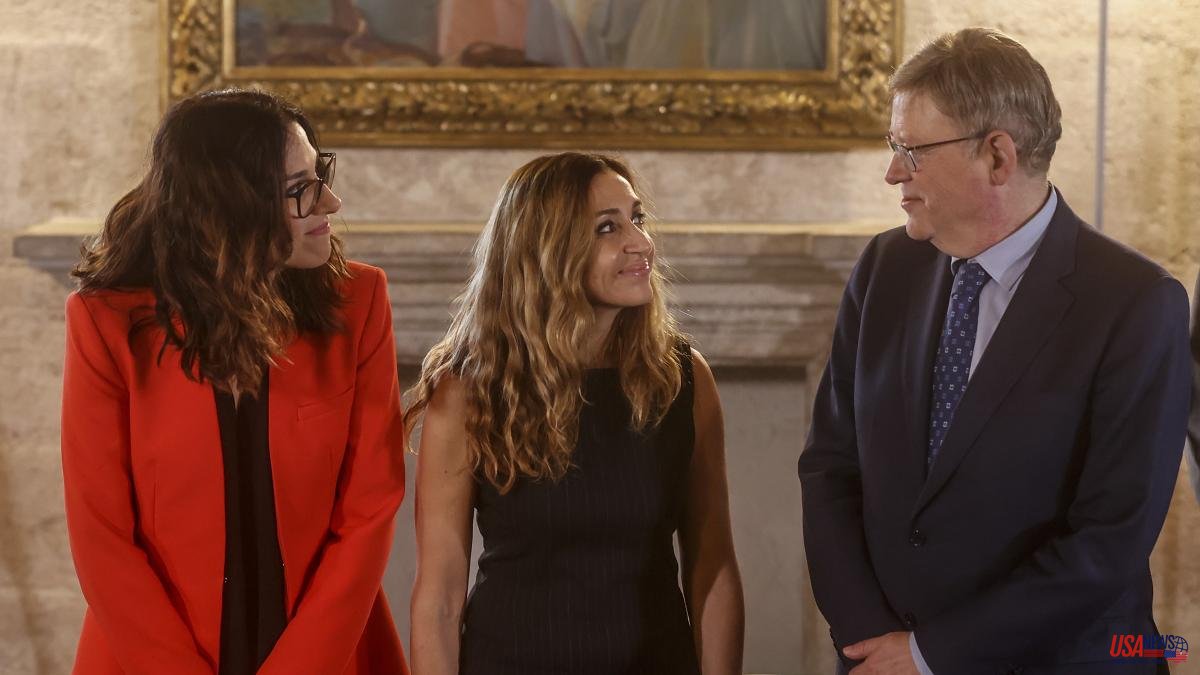 The Valencian Government wants to turn the page as soon as possible of the abrupt relief in the Ministry of Agriculture, Rural Development and Climate Emergency and focus on sealing this week a political agreement on the 2023 budgets to recover the image of unity. Aware of the commotion caused by the dismissal of Mireia Mollà (which has highlighted the internal tensions within the Initiative), the Botànic wants to restore stability by announcing this Friday an agreement between the PSPV, Compromís and Unides Podem to prepare the accounts for the year that comes.

"Now with all the more reason the Budgets have to be approved and sent to Les Corts before the end of October, as dictated by law," stressed a position from the Consell. Everything indicates that, after selling the political agreement to public opinion, the Valencian Government can present all the figures in detail next Monday 31.

Yesterday the president of the Generalitat, Ximo Puig, clung to this, stating that "this Consell is absolutely stable". "The approval of the tax reform together with the next Budget agreement is evidence of the stability and cohesion of the Consell", argued the socialist leader.

In this way, the Valencian Government tries to recover the political initiative and plug the crisis generated by the umpteenth change of face in a ministry. Of the 11 ministers who started the legislature, only three and the president continues in office. In this context, the spokesperson for the Valencian PP, María José Catalá, recovered in her speech the idea of ​​the end of the cycle and called on Ximo Puig to advance the elections.

"After Mollà's departure, we will now be able to work more calmly," they argued in the Vice Presidency to justify their decision. Statements that denote the "unbearable situation" that they recognize has been experienced in recent months. In fact, from the environment of the vice president Aitana Mas it is underlined that the decision to dismiss Mollà could have been taken in July when disloyal behavior by the minister was already noticed after the arrival of Mas to the Executive. And they leave another forceful phrase that reflects the distance between the two party companions: "In Compromís we have non-divas policies."

Many Initiative sources point out that the former Minister of Agriculture never admitted her loss of potagonism at the Initiative congress - where Mas and Alberto Ibáñez were elected spokespersons with only 19% of votes against - nor the fact that Oltra preferred the de Crevillent than to the Minister of Elx to succeed her. "There are those who think that thrones are inherited in politics," they point out.

For her part, in statements to Cadena Ser, the dismissed leader assured that it was not the time and that her dismissal generated uncertainty and gave wings to the right. Mollà did not want to assess whether Oltra - as the undersecretary of his Ministry pointed out on social networks - was behind what happened and on the forms he limited himself to pointing out: "the forms define the motivations".

It is true that the forms have not generated unanimity among the Valencian left that understands that more tact could have been had with a leader who was key in political change. Yes, there is more unanimity in the idea that the dismissal will not generate more instability in the Executive or in Compromís.

In fact, a high official of the Valencian Government insisted that it is an issue that is limited solely to Initiative, a part that is not the majority of a leg of the Government.

And it is that in the congress of Initiative the figure of Mollà was already in the background and despite some discordant voices -that of the undersecretary, that of the Compromís spokesperson in Elx or the strangeness shown by the deputy mayor Sergi Campillo-, the charges of Compromís have closed ranks around the figure of Mas.

What is not so clear is whether this type of episode can end up affecting the Botànic electorally. There are those who say no, because there is a long way to go before the elections and they hope that the commotion will pass soon. Others clarify that the images of the crisis are negative and do not add up, although they admit that the criticisms leveled by Mollà against his party colleagues on account of renewables did not help the image of the left either.

And they add: "Better to do it now than in two months," because, as the First Vice Presidency insists, having lasted until the elections in this situation "would have been suicide."