The books of 2022 | From reggaeton to jazz, rockers and pop divas, among the musical novelties

If we look at Spotify's statistics, the most listened to artist in the world in 2022 has been Bud Bunny, quite a feat for a Latino musician, even more so if we take into account that the Puerto Rican reaches that top spot for the third consecutive year. 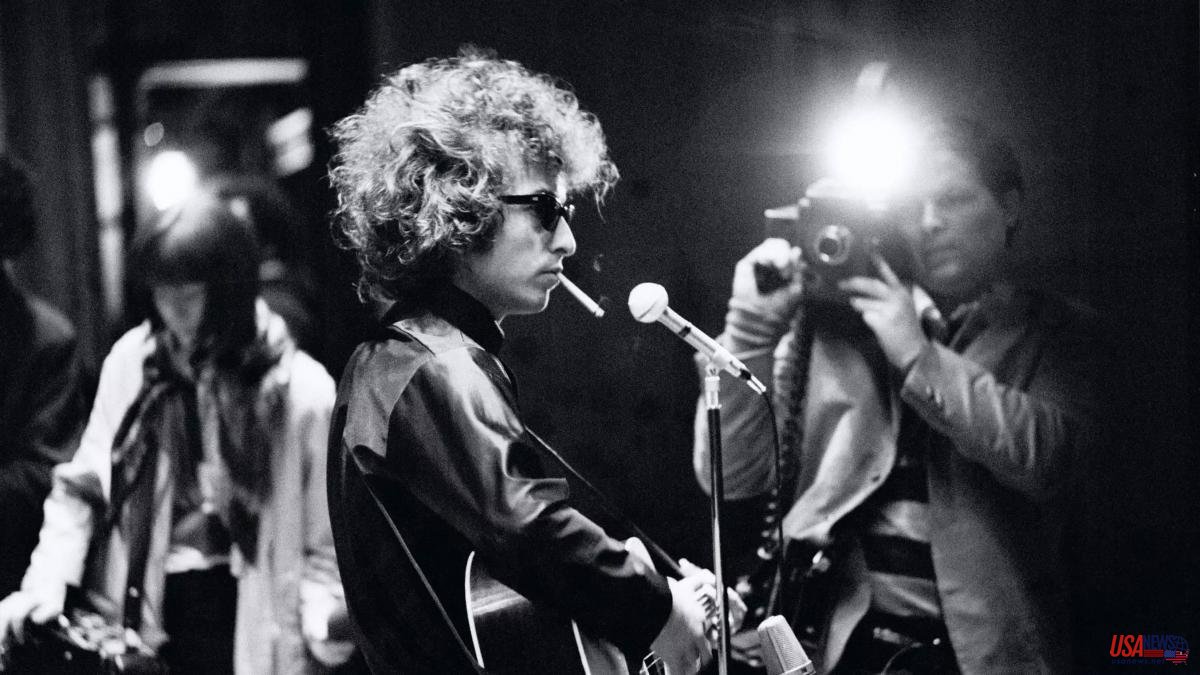 If we look at Spotify's statistics, the most listened to artist in the world in 2022 has been Bud Bunny, quite a feat for a Latino musician, even more so if we take into account that the Puerto Rican reaches that top spot for the third consecutive year. And if we establish a link between music and books, we might well think that the best seller of music books this year should have been Reggaeton. A Latin revolution (Liburuak). Or maybe not. But in any case, this work by the Argentine journalist Pablito Wilson deserves attention not only from passionate reggaeton players but from anyone who wants to understand a little better what it is, what the story is and what this style consists of that captures the attention of listeners in the five continents. And learn more about its multiple stylistic connections, from bachata to trap. An analysis with a good dose of music and that seeks to break racist and colonialist prejudices.

And in case reggaeton does not access the best-seller position, let's make a bet on an author who is, neither more nor less, than a Nobel Prize. Indeed, we are talking about Bob Dylan, whose latest literary proposal is Philosophy of modern song (Anagram). A philosophy that Dylan builds through 66 songs, without following any chronological order, and that actually speaks as much about music as about the times he has lived through. Do not look for a greatest hits, or a list of the most famous authors or singers. It is a very personal selection to let yourself go and discover. There they are from Nina Simone, Bing Crosby, Elvis Presley or Little Richard to Elvis Costello, The Who or The Clash. But, we insist, it is best to open your ears and see what happens. Perhaps the lyrics of the songs or a connection to a playlist can be missing, but otherwise it is a wonderfully edited volume.

From another author who is also a classic –and a veteran, a contemporary of Dylan, both octogenarians– comes another recommendable volume, this one especially interesting for fans of the New Jersey musician, author of more than memorable records together with Art Garfunkel, but also of great works in Lonely as Graceland. This is Paul Simon, who presents Letras 1964-2016 (Libros del Kultrum), a complete compendium of his songs in bilingual English / Spanish format.

But in the literary-musical field there is a section that tends to generously nourish the shelves of bookstores. These are the biographies –and autobiographies– of musicians. And in the last months of this 2022, a few have appeared that well deserve attention. Perhaps the most striking – and not only because of its volume, 680 pages – is that of the U2 singer Bono, entitled Surrender. Forty songs, a story (Reservoir Books), where the leader of one of the most successful rock bands, especially in the last quarter of the last century, reviews his life and that of the band. From the death of his mother, his relationship with the Irish conflict, or some of the controversies that have accompanied him throughout his career ("If you are the leader of a rock'n'roll band, it is necessary to have a certain complex of messiah").

A musician who died a little over a year ago, the Rolling Stones drummer Charlie Watts, has also received editorial attention. The least controversial –and possibly most praised– of the Stones comes to the papers twice. In Sympathy for the drummer. Why it matters Charlie Watts (Libros del Kultrum), Mike Edison, also a drummer at some moments in his life, builds a fiery praise of the man who set the pace in the group, reviewing life, art and anecdotes. And for the Stonian fan who can't get enough, Charlie's good tonight (Harper Collins), by Paul Sexton, has been published, which in this case appears with the label of "official and authorized biography" of the musician, with all the good and less good that it can have

And from another veteran band, about which a lot has been written, The Doors, we present a story signed by one of its protagonists, the one who was the guitarist of the group Robby Krieger. In Set the night on fire (Alliance) he reviews from the distance of the years that adventure inevitably marked by the overwhelming personality of Jim Morrison.

Closing the rocker biography section, you cannot miss that of a musician who can boast of having really walked on the wild side of life. It is about the memories of who was the leader of the Screaming Trees Mark Lanegan. The musician, who died in 2021 after being hospitalized for covid, wrote these memoirs, Sing backwards and weep. Sing backwards and cry (Contra Ediciones), which come to us with the imprint of harshness and honesty.

There are also some books with the appearance of a biography but that are much more than a review of the life and miracles of its protagonists. For example, Ten ways to love Lana del Rey (Liburuak), where its author, Luis Boullosa, writer, musician and journalist, delves into the essence of POP –with capital letters, he says– based on the devotion he feels for this artist , the epitome of that pop that Boullosa considers the perfect cross between romanticism and capitalism, whose “most exact voice is the song”. A book of interest not only or especially for fans of the singer, which talks about art, commerciality, fame, the public and the private... And about Lana, of course. And although she played in a somewhat different field, another pop diva has a book that goes beyond the canonical biography after her unexpected death a little over a year ago: The Art of Being Raffaella Carrà (Blackie Books), by Paolo Armelli, who She doesn't hesitate to talk about Carrarismo and tries throughout the book to explain what that consists of, how the actress, singer and television presenter achieved the status of a pop diva, especially in Italy and Spain and was a benchmark for a good part of the LGTBIQ community. In any case, as the author says, "Carrà was spectacle in its purest form."

There is also a pure –and sometimes hard– essay that addresses topics of interest and addresses very current issues. Here we are grateful for the editions of the Argentine publisher Caja Negra, among whose latest titles we have Neon Screams, by Kit Mackintosh, which according to its subtitle (How drill, trap and bashment made music new again) It is a forceful commitment/manifesto for the newest –or most recent– music that is not an evolution but a new paradigm, as rock or hip-hop were at the time. With a foreword by Simon Reynolds. And likewise in Caja Negra, Historia universal del after, by Leo Felipe, vindication in a very personal key of a type of music and partying linked to electronica and the underground, without avoiding tricky topics such as drugs.

And finally, two loose verses in this selection. One for music lovers who love classical music. The Furtwängler case. A conductor in the Third Reich (Forcola) by Audrey Roncigli. A book that somehow raises a very topical issue, the cancellation, in this case of an exceptional conductor and the debate on his relations with Nazism. And a jazz curiosity signed by Ferran Caillà, who was a trumpeter in the La Locomotora Negra orchestra. In Freddie Keppard i el Cavall de Troia (self-published) the author offers an interesting investigation on the Indian origins of many North American jazz musicians.