No one escapes the temptation to establish themselves as a demiurge when it is announced from science, politics and art that human life on Earth may become extinct; demiurges who seek to shape a new universe, a new history, appealing to the cause of man. 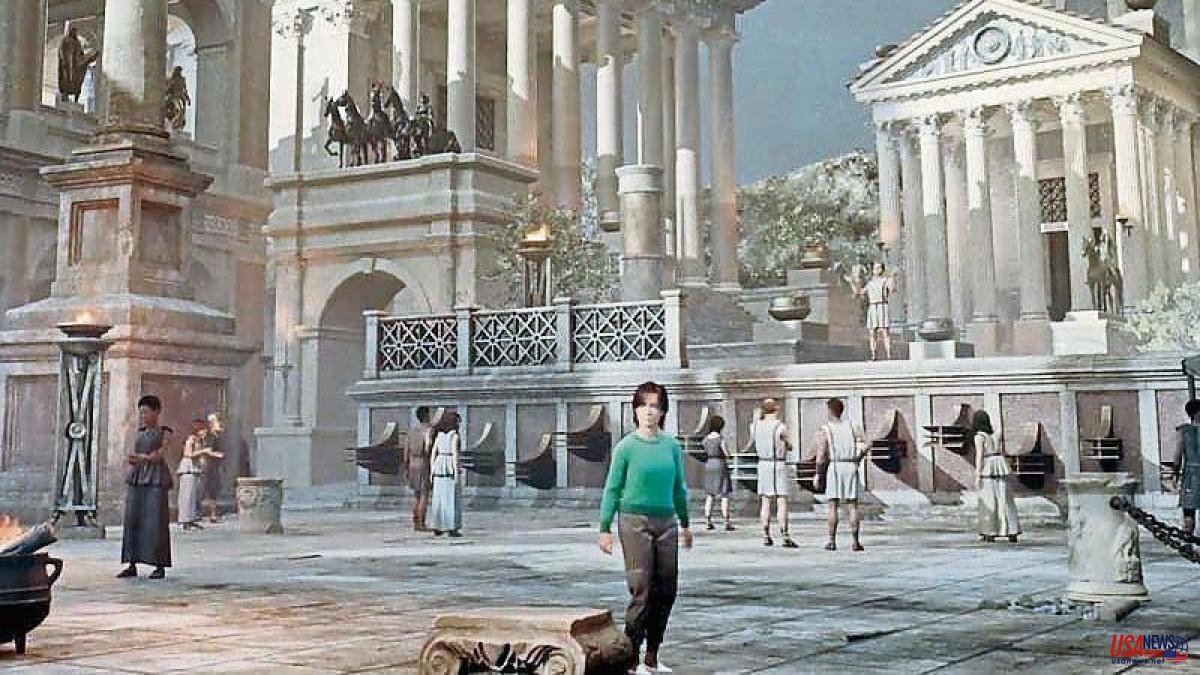 No one escapes the temptation to establish themselves as a demiurge when it is announced from science, politics and art that human life on Earth may become extinct; demiurges who seek to shape a new universe, a new history, appealing to the cause of man. Now that the year is coming to an end, already immersed in the Christmas holidays, it may be useful to read several essay proposals that, together, offer an accurate diagnosis of the difficult reality that we have had to live and a way out so that we do not get carried away, aimlessly. , adrift.

José Enrique Ruiz-Domènec, in his essay El sueño de Ulises. The Mediterranean from the Trojan War to the boats / El somni d'Ulisses. The Mediterrani of the Troia war against the fathers (Taurus/Rosa dels Vents), proposes that we begin the journey hand in hand and with the gaze of Ulysses, who acts as a mirror where modern man should continue reflecting himself to get out of the labyrinth. His essay sends us a warning: the individual cannot continue to be encouraged to forget the past and discredit the future. Ulysses' dream prepares us to start the journey with the purpose of recovering the values ​​of the Mediterranean; The journey that opens before us is the one that is linked to knowledge, beauty and the adventure of recognizing ourselves in those who, before us, had the courage to live.

Joseba Ros Velasco, in his work La enfermedad del aburrimiento (Alianza), allows us to connect with the corrosive effects of doing nothing but also leads us to recognize the cultural value of boredom as that state that is overcome by agitation, by desire to change the inner and outer world. Boredom, in the proposed trip, is not static, nor lazy but the source of a fruitful activity in which to cement new illusions. The trip reveals us as sentient entities and yet many people wonder what is happening so that this inner order and complex understanding of the world is in danger.

Mathew Ball in his book The Metaverse. And how it will revolutionize everything (Deusto) warns us that it will come and that it will be inevitable. He alerts us that “the whole world is an application canvas” that will need to apply new rules. He determines the new world towards which we advance. According to Ball, the metaverse will be possible when "a massive and interoperable network of real-time rendered 3D virtual worlds is achieved that can be experienced synchronously and persistently by an unlimited number of users with a sense of individual presence, and with continuity of data, such as identity, history, rights, communication objects and payments”. Thomas Bauer in his essay The Loss of Ambiguity. Regarding the univocation of the world (Herder) he warns us of the progressive loss of diversity, nuance and imprecision in favor of homogeneity: "Of the twenty thousand types of apples that existed in their day, customers are offered today, at most, only six classes.”

We advance in our journey towards the belly of the storm. Éric Sadin, in his reflection on The Era of the Tyrant Individual. The end of a common world (Black Box), shows the risk, as Jules Romains also knew how to see, of tyranny: "The individual cannot be right indefinitely against humanity." The tyrannical individual dictates his morals to the rest of society and uses new technologies and communication strategies to determine behavior patterns for the rest of the people; a storm in the form of lights from billions of electronic devices on that twinkle in unison to leave us without darkness without being able to look at the stars.

Francesca Rigotti, in her essay On Darkness (Alliance) denounces this reality: “Is there too much light on Earth? Yes, we have gone too far, we have exaggerated. We should stop. And I am afraid that in this little by little eliminating the darkness of the planet we have only just begun, as if the darkness had no right to exist…”; We sailed in a rough sea, with a sky that hides the constellations that would guide us back to our home and allow us to fight the new gods. Minouche Shafik, in his proposal What we owe each other. A new social contract (Paidós) raises the need to implement a new social contract capable of restoring trust in institutions and in a common future.

Salvador Illa, in his dietary essay The Year of the Pandemic. From the state of alarm to the start of vaccination (Peninsula), he describes, page by page, the action plan developed by the government to face the contingencies of the pandemic. He explains the government's action and how the State activated all its springs to manage an unforeseen crisis. Paco Cerdà in the chronicle of him April 14 (Books of the Asteroid) offers a fresco of a piece of history recovering the arrival of the Second Republic. It is a story of small stories that reveal and remove our understanding of history. It is about recovering history to be told, not disputed.

Paula Bonet, in her work entitled Los diarios de la anguilla (Anagrama), a sort of illustrated diary, offers us the possibility of delving into the intimate, in the form of self-exploration, of a woman's adventure through places, readings and impressions discovered as life's journey progresses. Ramón Andrés offers us in his memory essay La bóveda y las voces (Acantilado), through the work and life of the musician Josquin Desprez, the notion of music that "has its roots in the most stripped-down sound, ignores impatience". It takes us into the paths that lead to the spirit and the defense of the sensitive against restlessness. Amador Vega, in his essay Tentatives on the void. Essays on aesthetics and religion (Fragmenta Editorial), brings us closer to a world that seemed defeated, where the sublime reigned, melancholy, dazzling, exaltation, beauty, stillness, epiphany, religiosity, mystery; now we realize, as we continue our journey, that without them we would be lost.