The 'bomb cyclone' breaks thermometers and holidays throughout the United States

Americans haven't been this cold in decades. 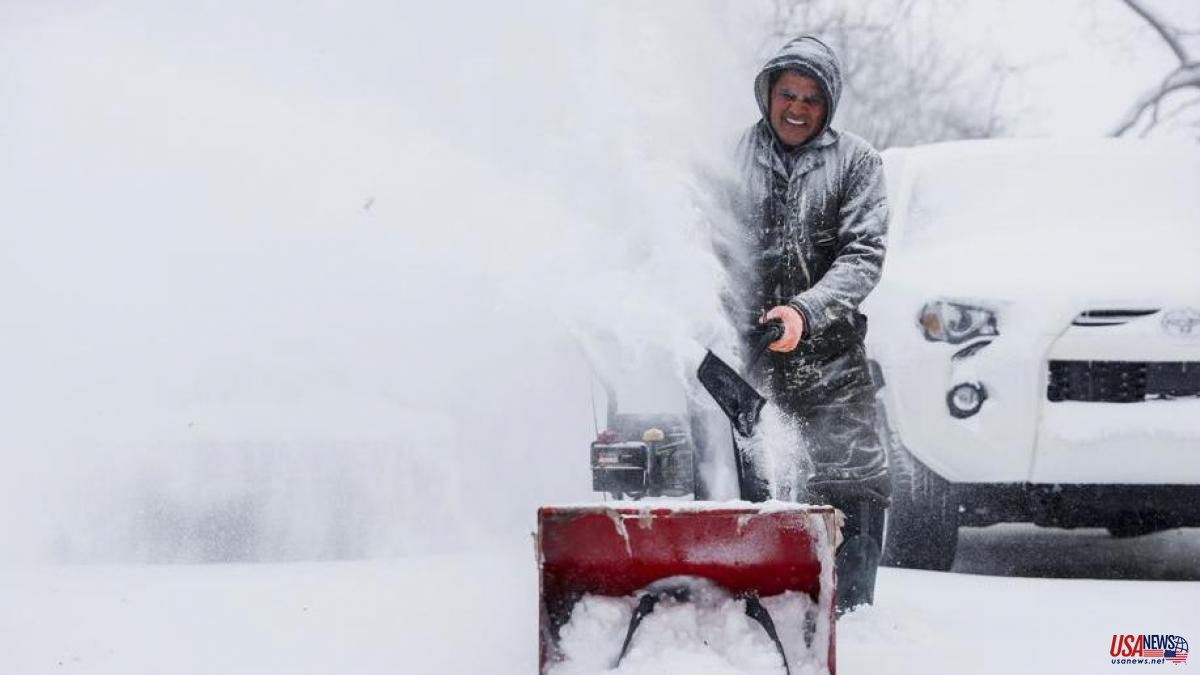 Americans haven't been this cold in decades. Not so many penalties when traveling to meet their loved ones to celebrate Christmas. Temperatures have dropped this weekend to levels never seen in some areas of the country; below negative 20 degrees to the north and center, and -10 degrees to the east. It is the consequence of the powerful winter storm with the category of bomb cyclone or explosive cyclogenesis that has hit North America since Thursday.

On Saturday at mid-morning, the last moment for a domestic trip with a view to the Christmas celebrations, the US airlines recorded almost 1,977 flight cancellations so far this day after the 5,936 registered on Friday and the 2,700 recorded. Thursday. Cancellations thus hovered between 10% and 25% of all scheduled flights.

At least 15 people died between Thursday and Saturday as a result of the cold, most of them in traffic accidents related to weather conditions, but in other cases due to not having shelter to take refuge in, as happened to a homeless person in Louisville, Kentucky, or because the required emergency services did not arrive on time, as happened to two patients in Erie County, New York.

On Christmas Eve morning, more than 1.6 million homes and businesses were without electricity as a result of network breaks due to falling towers and trees or due to breakdowns related to extreme temperatures, copious snowfalls and strong winds.

More than 175 million citizens in 24 of the 50 states of the country – that is, more than half of a population of 332 million inhabitants – were on Saturday alert for potentially dangerous weather in their area, the Weather Service said. National. “The frigid temperatures threaten the lives of citizens,” department officials said, stressing the “life-threatening danger for drivers who are stranded” on the roads. It was not an exaggerated warning, since hundreds or thousands of travelers were effectively trapped on the highways of states such as Minnesota, South Dakota or New York.

"As soon as we get a few cars out of the ditch, more cars show up in other ditches," Chey Eisenman, director of a towing and auto repair service in Minneapolis, Minnesota, lamented to CNN. “I think people are just exhausted trying to get their loved ones to the airport. We also see some inexperienced Uber drivers,” he commented.

"I've called it a sink storm because it throws everything at us except the kitchen sink," New York Gov. Kathy Hochul, a Democrat, said at a press conference. “We've had ice, flooding, snow, sub-zero temperatures and everything else Mother Nature could hit us with this weekend,” she added.

Santa Claus is not spared from the storm. The storm forced dozens of post offices to close, according to the postal service. And also Amazon and FedEx warned about considerable delays in the delivery of packages, and therefore Christmas gifts.

The storm has cooled the holidays in the United States.