After a tribute concert to the Nobel Prize winner for Literature José Saramago –which included the choral work Floresta do Amazonas, by Villa Lobos, and two sambas by Chico Buarque–, the audience at the Teatro de la Paz, in Belém, spontaneously sang an euphoric “ Lula-Lula!”. 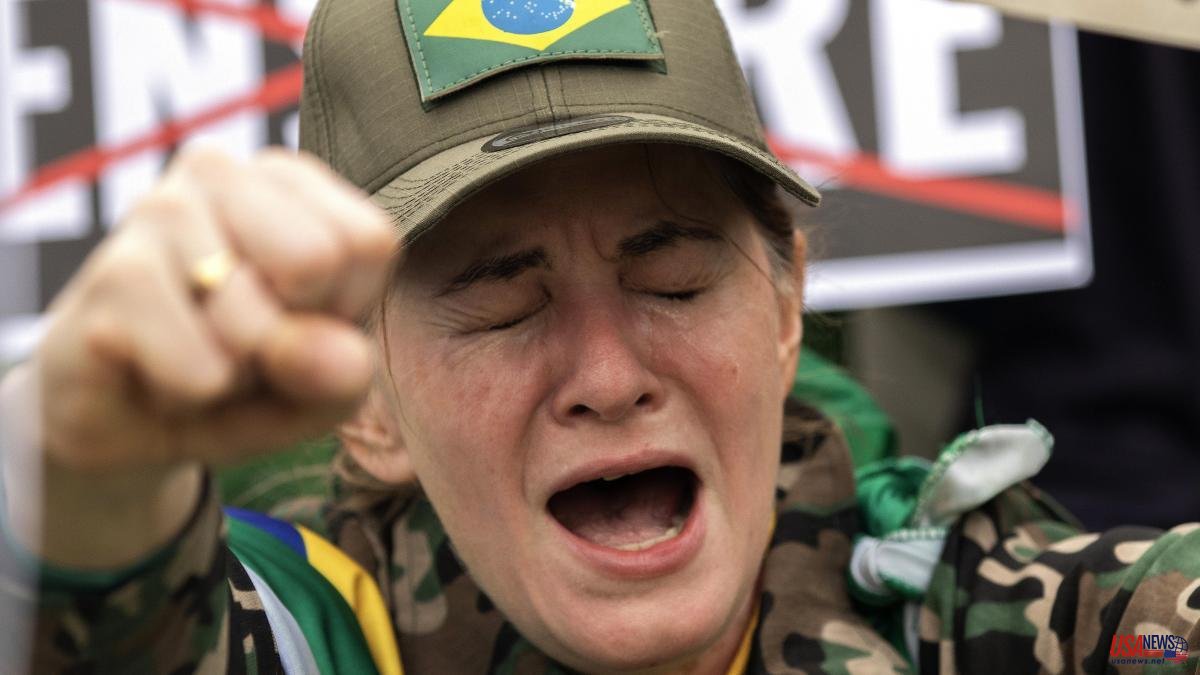 After a tribute concert to the Nobel Prize winner for Literature José Saramago –which included the choral work Floresta do Amazonas, by Villa Lobos, and two sambas by Chico Buarque–, the audience at the Teatro de la Paz, in Belém, spontaneously sang an euphoric “ Lula-Lula!”

Three weeks after the victory of the leader of the Workers' Party (PT), Luiz Inácio Lula da Silva, it was "opportune to celebrate the moment of the recovery of Brazilian democracy", said Emmanuel Tourinho, the rector of the University of Pará. , which organized the event in the magnificent neoclassical theater built in 1873, a symbol of the ostentatious modernity of the then rubber capital. 150 years later, Belém has a progressive majority and a mayor from the Socialism and Freedom Party (PSOL) who passes the PT on the left.

But Brazil is a country split into two parts and, although there is usually talk of a division between a Bolsonaro south and a Lulista north, the truth is that the fractures appear throughout the country. In the Amazon state of Pará, too.

In Bragança, a small fishing city of 110,000 inhabitants on the Atlantic coast, 200 kilometers from Belém, a hundred followers of the defeated president Jair Bolsonaro –camped in front of the army barracks– saw no reason to celebrate. Here, modernity, even in its nineteenth-century version, was conspicuous by its absence.

They sheltered from the rain under plastic sheets on which had been written: "The people in the streets scare the system" and "Without fear of death." “We are the resistance,” said Jander Vale, who arrived on a motorcycle and introduced himself as a criminal lawyer.

To the south, on the border of deforestation, armed groups attacked highway tolls in order to close the output of soybeans to the ports of Santarém and Belém.

Bolsonaro's resistance is based, first of all, on fabrication. “We know that Lula is a drug trafficker linked to the criminal gang First Command of the Capital, in São Paulo,” Vale, a defense attorney, said in a 2019 trial of a military police officer accused of participating in the massacre of 11 people in Belém. “The media lie, they are communists,” said Beto, a local merchant who coordinates the Bolsonaro campaign in Bragança. The two activists denounced non-existent electoral fraud. “The electronic voting system is already vulnerable, we need to see the source code,” Vale said. This source code – actually an irrelevant technical element of the counting system – is already used by conspiracy theories to delegitimize the elections. “Many people here in Bragança voted for Bolsonaro, but the ballot boxes were intervened,” Beto said.

The catalog of hoaxes and conspiracy theories that flow through hyperactive social networks generate a permanent state of indignation. The fake news comes from far-right gurus inside and outside of Brazil. Eduardo Bolsonaro, the president's most ideological son, visited the US last week to agree on strategies with former Trump advisers Steve Bannon and Jason Miller, founder of the Gettr social network, with thousands of subscribers in Brazil. Another source of delirious conspiracies is Cristina Seguí, a storyteller from the Spanish extreme right, who impresses the most imaginative Bolsonaristas with her latest thesis: that not only Lula, but all the other presidents of the Latin American left –since Andrés Manuel López Obrador , in Mexico, to Gabriel Boric, in Chile – are drug traffickers coordinated through the São Paulo Forum.

The silence from the presidential palace in Brasilia does not discourage the Bolsonaristas. “The president is gagged; we are waiting for the army,” Vale said. On Wednesday, the Bolsonaristas demonstrated in Brasilia. On January 1, when Lula is inaugurated, it is not known what will happen. For these Bolsonaristas, "the law establishes that only the people have the prerogative to summon the armed forces," explains anthropologist Letícia Cesarino, an expert on the extreme right at the University of Santa Catarina.

Bolsonarismo expects an outcome equivalent to the Trumpist assault on the Capitol in Washington in January 2021 that could force a military intervention. “In a kind of biblical apocalypse in a secular version; the armed forces will finally intervene (...) opening a new era in which the country wakes up”, explains Cesarino, in an article in the Carta Capital magazine. The psychological ground for this unbalanced mixture of paranoia and messianism has been fertilized in the evangelical temples, with 70 million parishioners.

It should be borne in mind that the majority of the leadership of the armed forces bases its strategic decisions on criteria more grounded in modern rationality, therefore, according to all the experts, the possibility of a coup is almost zero.

But there is a socioeconomic reality behind Bolsonarista fantasies. “There are two groups that support these acts: the less competitive agribusiness segment, which opposes environmental protection measures; and here in Belém, police groups and Bolsonaro militias,” said Raimunda Monteiro, former rector of the Federal University of Western Pará, which participates in Lula's program for the Amazon.

Bragança, like thousands of small cities hit by the pandemic and its economic consequences, is a breeding ground for anger and indignation skillfully mobilized by Bolsonarismo. “We have a lot of job insecurity; people survive by selling crab,” says Ana Claudia, a Bolsonaro activist in the city. "We need investment in infrastructure, for example, for a fish processing factory."

While the Bolsonaristas were demonstrating, the tropical rain began to flood the streets of Bragança, and the stench of sewage typical of cities on the Brazilian coast lacking reliable sanitation infrastructure was breathed. That is the challenge of Lula, who proposes to undo Bolsonaro's labor deregulation, which has aggravated precariousness, as well as to increase public investment. “I voted for Lula twice,” said Ana Maria, black and a devotee of an Afro-Brazilian spiritual cult, demonstrating that Bolsonarismo is not all it may seem.