Just 40 years ago, over a thousand Galicians created a new political organization on the Riazor fronton in Coruña. 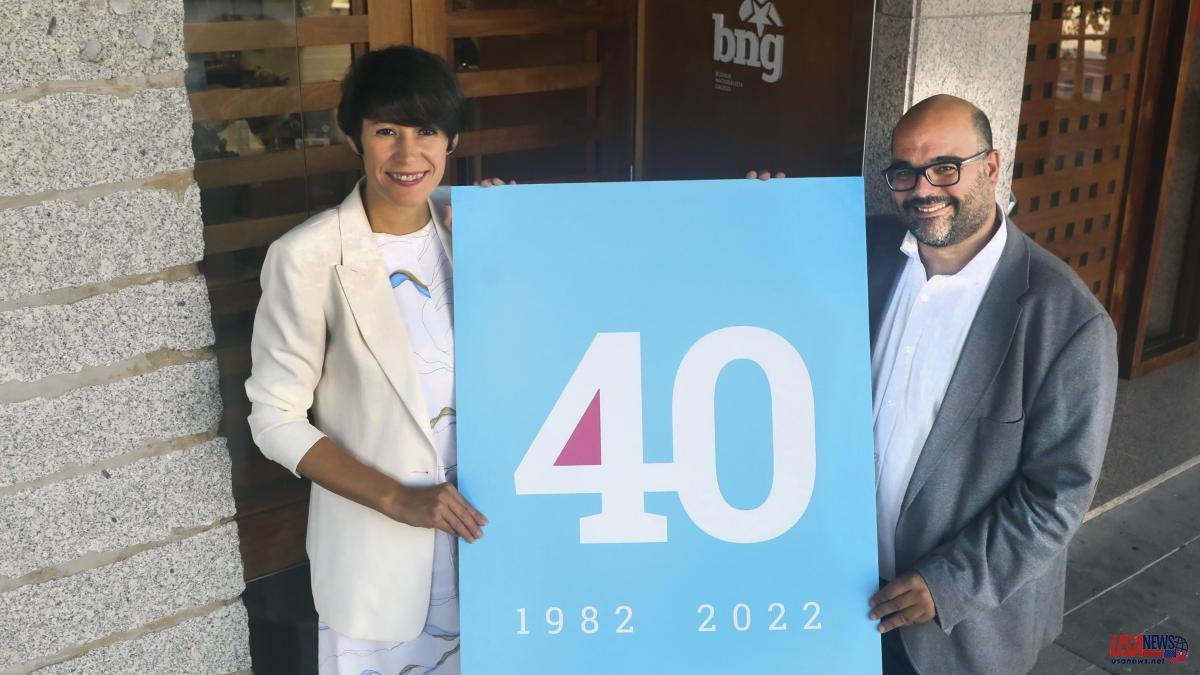 Just 40 years ago, over a thousand Galicians created a new political organization on the Riazor fronton in Coruña. With the central questions defined before, the key vote was that of the name. Those of the Nationalist Unity Front and United Galicia were discarded. The Galician Nationalist Bloc (BNG) won resoundingly, with 67% of the 790 votes. It was born like this, as a national liberation front, the longest-lived, most successful and also convulsive party that Galicia has had. In these four decades it went from being born outside the walls of the autonomous system to being for the first time the alternative to the PP, in forced alliance with the PSOE.

The word Bloque produced rejection because it had already been used electorally by the main formation within the nascent organization, the patriotic communist party Unión do Povo Galego. But it also had its predicament, linked to agrarian, student or environmental struggles, in which nationalism showed more force than that expressed by its electoral disasters.

The Galician National-Popular Bloc (BN-PG) obtained three deputies in the first autonomous elections, in 1981. However, in November 1982, after the Riazor assembly, they were expelled from Parliament for not promising the Constitution, in a more than controversial decision retroactively.

In 1985, the BNG as such won a seat, that of Xosé Manuel Beiras. After a turbulent process, which ended in the first split, Beiras accepted the Constitution, in memory of the nationalist patriarch, Castelao. The Bloc then called autonomy "autoanemia", since the Xunta had to assume responsibility for problems without being able to solve them.

In the BNG documentary about the foundation, on the same Riazor fronton, the now leader, Ana Pontón, who was five years old in 1982, proclaims that, although it is not the final goal, the current objective is to preside over the Xunta,

In these 40 years, the BNG first became the common home of all Galician nationalism and then, in 2012, it suffered the split of its greatest historical reference, Beiras. The evolution has been anything but linear, both at the organizational level and at the ideological and electoral level.

Beiras' entente with the Esquerda Unida of the current second vice president of the Government Yolanda Díaz and with Podemos, under the En Marea brand, almost founded the BNG. He endured in 2016 thanks to the newcomer Pontón and the genuinely nationalist base.

In 2020, the Bloc multiplied by three in votes and seats and came second, ahead of the PSOE. If the numerical data is similar to that of 1997, the global scenario has nothing to do with it. At that time, a popular party also presided over the Xunta, but it was Manuel Fraga, with more than 50% of the votes, and not the inexperienced Alfonso Rueda. Beiras generated more admiration than Pontón, as well as much greater rejection and few saw him as president. On the other hand, hers does not seem crazy.

But leading the alternative in a Galicia in which only in 2005 there was no center-right majority is not paradise either. And today, with the PP launched in Spain with the Galician Núñez Feijóo at the helm, the popular triumph would be sung. But there are a little less than two years left for the Galicians. In the BNG, the Pontón sector, pragmatic, in line with the ERC, has a hunger for power that is not observed in the orthodox part, led by the deputy in Madrid Nestor Rego, in coordinates closer to those of the CUP. In addition, Pontón needs PSdeG neither to sink nor to be reborn until they overcome it. His challenge is colossal, but it was much more unimaginable at the Riazor fronton in 1982.