The General Council of the Judiciary (CGPJ) once again extends the election of two magistrates of the Constitutional Court that corresponds to it for another month, as established in the Magna Carta. 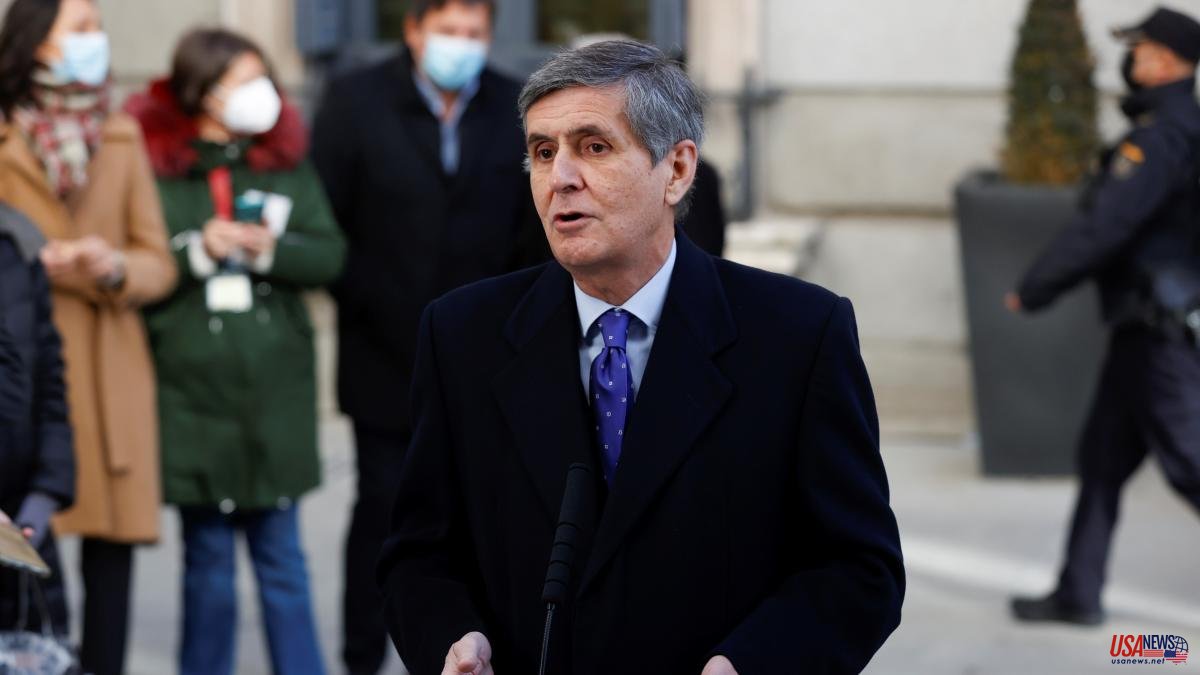 The General Council of the Judiciary (CGPJ) once again extends the election of two magistrates of the Constitutional Court that corresponds to it for another month, as established in the Magna Carta. Given the lack of agreement between the conservative and progressive blocks, the members have been summoned for the next plenary session, which will be held on December 22, to try to put two names endorsed by the majority on the table.

At the end of the plenary session this Thursday, the members showed their full willingness to try to close the appointments of the two magistrates of the TC at the next ordinary plenary session. To this end, they agreed to include a point related to this matter on the agenda of the meeting scheduled for that date.

Next week, the negotiating commission will meet again to try to reach an agreement. The current situation is that the progressive bloc already has a candidate, Supreme Court magistrate José Manuel Bandrés, while the conservatives still have no clear one.

In addition to not having an elected candidate, they have proposed to the progressives that it can be debated between several conservatives and that it not be the election by imposition of one of them, a discarded alternative.

For this reason, the only thing that the conservatives commit to within a month is to offer a shortlist so that it can be put to a vote. But that does not mean that they are going to vote for Bandrés, who is not viewed favorably by the other sector.

This blockage within the body of judges leads the Constitutional Court to remain in office 'sine die', which is inevitably pushing it to dysfunction in its work. As there are four acting magistrates -among them the president, Pedro González-Trevijano-, in addition to the lack of a fifth after the resignation of one of them for health reasons, pushes the constitutional body to put aside the review of the more complex issues with more public repercussions.

The CGPJ had until September 13 to make the appointments after a reform of the law approved in July that set a time for it to be carried out. Since then, the Government has warned on several occasions that if the body of judges does not appoint its two magistrates, the Executive will appoint its two without waiting.

However, Pedro Sánchez's team is not taking the plunge because there are doubts about its unconstitutionality because the magna carta speaks of a renewal of the TC by thirds, which means that it must be done four by four.

There is an option for the Government to name its own in December, without waiting for the next plenary session, but for now, despite the fact that members of the Government publicly defend its constitutionality, they are dragging out the decision.

On the other hand, the plenary has rejected by 9 votes to 8 the petition of vocals Nuria Diaz, Jose Antonio Ballestero, Juan Manuel Fernandez, Jose Maria Macias, Juan Martinez Moya, Gerardo Martinez Tristan, Angels Carmona and Carmen Llombart for the CGPJ pronounced on the proposed reform of the crime of sedition.

The eight votes in favor of approving the proposal have been those of the signing members of the same, who after the vote have announced the formulation of a particular vote. The vocal Wenceslao Olea has voted blank