The Black Prince did not die of dysentery

He was a 45-year-old man, with a very high social and economic level, a great warrior, intrepid traveler and heir to the British crown. 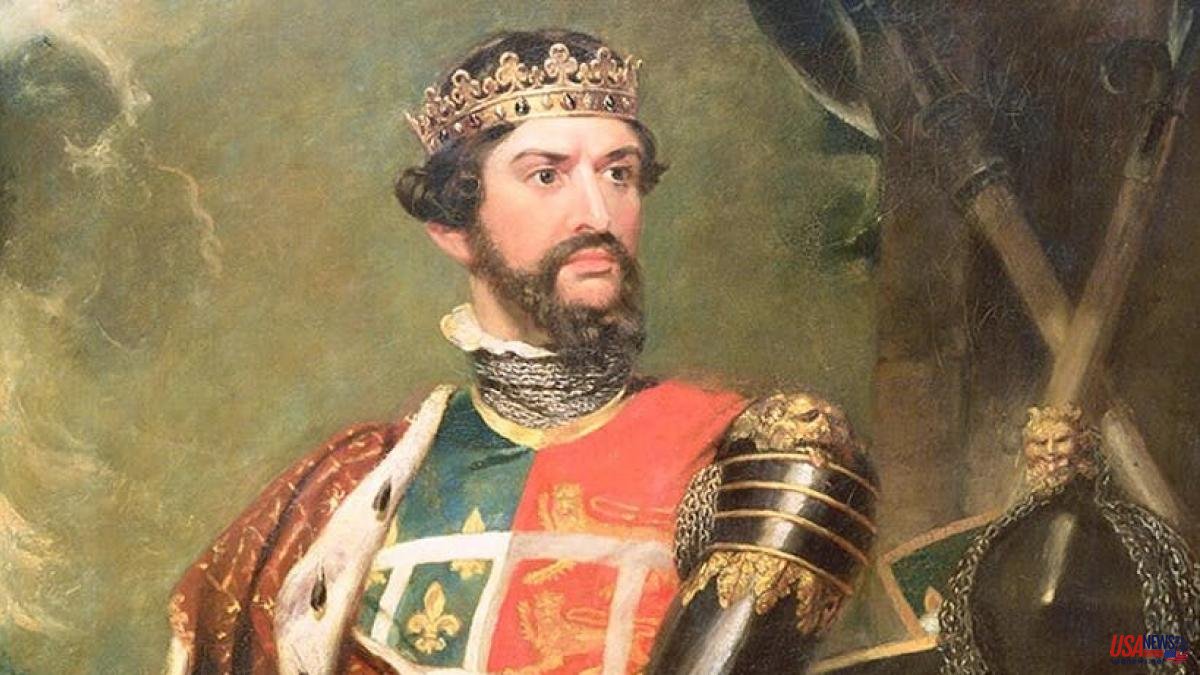 He was a 45-year-old man, with a very high social and economic level, a great warrior, intrepid traveler and heir to the British crown. But Edward of Woodstock, the Black Prince, never came to sit on the throne. He died prematurely on June 8, 1376 in the Palace of Westminster and, after the death of King Edward III, the crown fell to his son, who was barely 10 years old.

Little Richard II never managed to establish himself in power. In fact, he was overthrown and eventually assassinated, beginning more than a century of instability in England, including the Civil War of the Roses between the House of Lancaster and York and the rise of the Tudors.

Perhaps everything would have been different if Eduardo de Woodstock had not suffered from a chronic illness with ups and downs that plagued him for nine years and finally ended his life. It was always believed that it was dysentery that changed the history of England, but recent research says that this was not the case.

Before his illness began, the Black Prince – a nickname given to him in the 16th century in reference to the supposed armor he wore – was in excellent health, an active person who had participated in active military service since the 16 years and was even listed as the best English soldier of all time.

In fact, he participated in several crucial battles: he faced the French army at Crécy, he took part in the Flanders campaign, he participated in the siege of Calais, he defeated the Spanish fleet in the waters of the English Channel, he risked his life in the War of the Hundred Years and even went to live in Castile to join forces with King Pedro I against Enrique de Trastámara.

After so many struggles and fights, it was not a sword, nor an arrow, nor a spear that killed him, but a disease. And, as detailed by a team of military doctors in the BMJ Military Health magazine, it is highly unlikely that it was chronic dysentery, as is commonly believed.

Dysentery is an inflammatory bowel disorder that normally attacks the colon, producing diarrhea that contains mucus and blood. It is spread through contaminated food or water or by physical contact with the parasites. Its main symptoms are fever, muscle aches, tiredness, diarrhea, bleeding, mucus, pus, headache, abdominal pain, and vomiting.

Dr. James Robert Anderson, of the British 21st Engineer Regiment and lead author of the study, points out that Eduardo's illness would have started after his victory at the Battle of Nájera, in Spain, in 1367. A chronicle of the time suggested that even 80% of his army would have died of "dysentery and other ills".

The heir to the English throne stopped in the city of Valladolid at the beginning of the summer and "his army suffered great anguish and hunger, due to lack of bread and wine." Shortly after, the one who was Prince of Wales and also of Aquitaine went to Angoulême, in the southwest of France. "While he was there, he began the disease that lasted the rest of his life."

Before the siege of Limoges in 1370 he was described as "sick in his bed", being carried on a litter to direct the battle. He is then placed boarding a ship in 1372 during the failed siege of Thouars, which would indicate that his symptoms may have improved before relapsing so severely that he no longer recovered.

Most later accounts of his death suggest that he died of amoebic dysentery, which was common in medieval Europe. This condition can cause long-term complications, including internal scarring (ameboma), intestinal inflammation and ulceration (colitis), and extreme inflammation and distension of the intestine (life-threatening toxic megacolon), Anderson notes.

Experts, however, question this version. “If he really suffered from amoebic dysentery, with its symptoms of chronic diarrhea, would he really have been well enough, or even accepted aboard a ship with a cargo of soldiers headed to battle in France in 1372?” they wonder.

There are multiple causes of dysentery and one of them, paratyphoid (similar to typhoid but caused by a different virus) struck the important trading city of Lübeck, causing up to 800 deaths in 1367, the year the Black Prince fell ill. But it doesn't fit.

James Robert Anderson and his team consider dehydration from lack of water during the hot Spanish campaign a much more viable possibility. This affectation could cause kidney stones that would fit with a fluctuating condition that lasts several years.

Another candidate is inflammatory bowel disease, which could explain relapsing-remitting symptoms and gradual deterioration, the authors suggest. And even brucellosis - which can produce chronic symptoms of fatigue, fever, and inflammation of the joints and heart - was also common in medieval Europe, its sources (dairy products and raw meat) often reserved for the nobility in the highlands. military campaigns, they add.

Malaria, also present in the Old Continent at that time, is another candidate because it causes fever, headache, myalgia (muscle pain), intestinal problems, fatigue, chronic anemia, and susceptibility to acute infections, such as pneumonia or gastroenteritis, which lead to multi-organ failure and death.

"This would fit with the fluctuating nature of his disease and the decline towards the end of his life. The purging and bleeding treatments of the time would not have helped to avoid anemia," suggests the military doctor.

"Even in modern war zones, the disease has caused enormous loss of life, something that has remained constant for centuries. Efforts to protect and treat field forces are as important now as they were in the 1370s," concludes.