The Factoria Cultural de Terrassa (LaFACT) has just presented the 40th BBVA Dance Season, which will start on January 15, 2023 with more than 16 companies, including the Béjart Ballet Lausanne, Acosta Danza, the National Ballet of Cuba, Antonio Gades and Antonio Najarro. 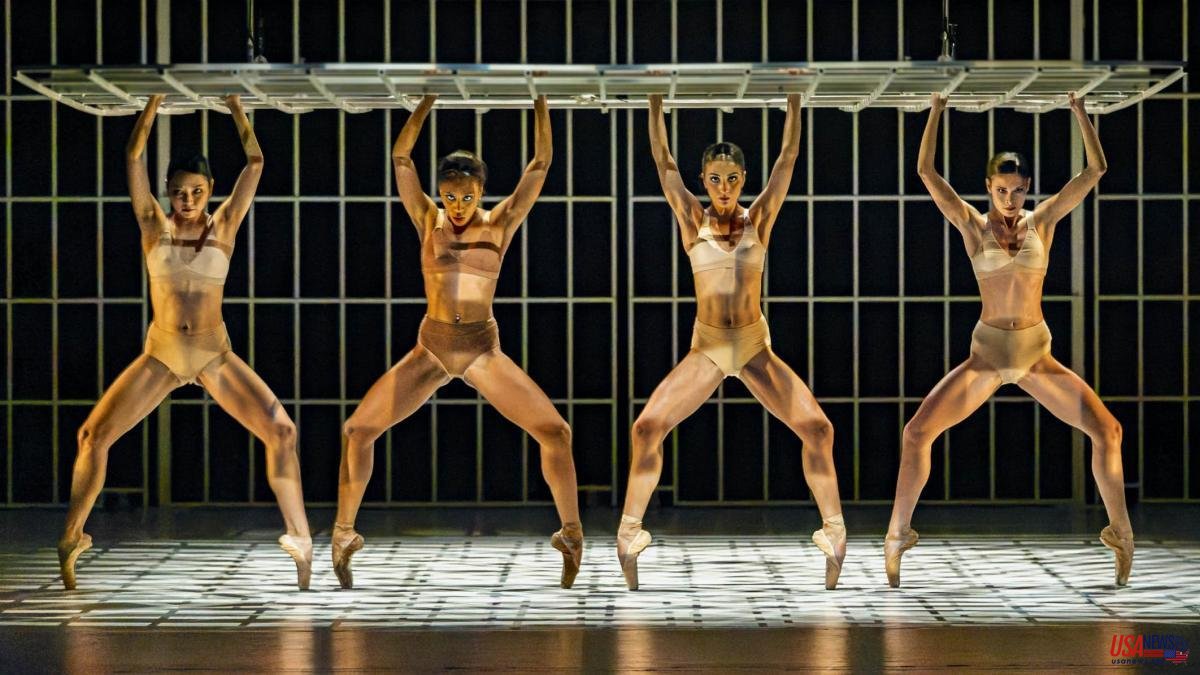 The Factoria Cultural de Terrassa (LaFACT) has just presented the 40th BBVA Dance Season, which will start on January 15, 2023 with more than 16 companies, including the Béjart Ballet Lausanne, Acosta Danza, the National Ballet of Cuba, Antonio Gades and Antonio Najarro.

To celebrate this anniversary, LaFACT Cultural will offer a wide range of artistic dances such as classical, neoclassical, contemporary and Spanish dance and, of course, will remember its commitment to training, creation and production.

Atterballetto, one of the best Italian companies and a benchmark in contemporary dance in Europe, will have the privilege of starting the season with their work Dreamers, in which the dancers will perform three pieces with the technique and magnetic rhythm that characterizes them.

For its part, classical dance will occupy its place on the calendar between February 4 and 5 with one of Tchaikovsky's three great titles, a trilogy that will begin with Sleeping Beauty performed by the International Classical Ballet, the company founded by former soloist of the National Opera and Ballet Theater of Moldova, Andrey Sharaev. In November (18 and 19) it will be the turn of the Kyiv Ballet to represent Swan Lake on a tour of the Ukrainian company through Spain and Portugal.

During the month of March, the Béjart Ballet Lausanne will be seen for the first time in Terrassa (on the 11th and 12th) and the Acosta Danza company will once again perform with a new repertoire of five pieces that bear the stamp of the most modern and contemporary Cuba ( March 25), a choreography by the company's own director, Carlos Acosta, also director of the Birmingham Royal Ballet.

Spanish dance will be performed with the Antonio Gades Company on April 15 and 16, coinciding with the tenth anniversary of his death. And on the 29th of the same month there will be a Tribute to the choreographer Ben Stevenson, Beethoven's Seventh Symphony by Uwe Scholz and two other pieces from his repertoire, Love Fear Loss and Concerto DSCH, based on a program to be performed by the Cuban National Ballet .

The same national dance will make an appearance again with the Antonio Najarro Company on October 7, which will vindicate bolero, flamenco and the melodies of renowned Spanish composers: Falla, Turina, Granados and Albéniz.

In addition, the annual program will again include The Nutcracker by Marius Petipa with the choreography of Rodolfo Castellanos and represented by PAR en Dansa (December 16 and 17) on the occasion of the Christmas dates.

With regard to Catalan art and culture, they will be present within the performances of the Innsbruck Opera Ballet (May 13 and 14) directed by Enric Gasa. The piece will show different aspects of Lorca's life: the relationship with his mother, the affection socially outlawed by men, the friendship with Dalí and Buñuel and the love for Andalusia, among other vital moments of the poet.

In the same way, on September 16 and 17, LaFACT Cultural will repeat its co-production of the work Crea Dance Company by Maria Rovira, Carmina Burana, which will be accompanied by live music by the Vallès Symphony Orchestra.

The organization of LaFACT 2023 is very positive with a forecast of 70% occupancy, which exceeds 11,000 spectators, unlike the 2022 season, which suffered some restrictions due to the pandemic at the beginning of the year.