The bisht, the royal cape that Qatar put on Messi before lifting the World Cup

The most magical moment of a World Cup, the moment when the soccer players await the arrival of their captain with the World Cup, was marred by an unexpected guest. 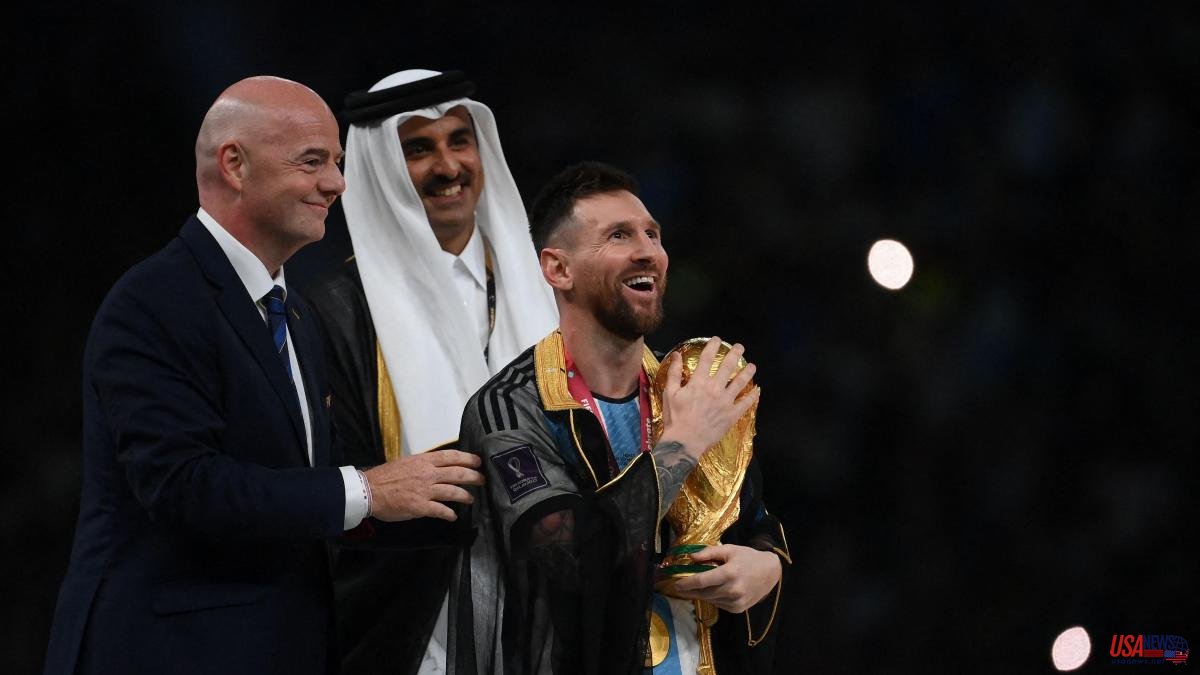 The most magical moment of a World Cup, the moment when the soccer players await the arrival of their captain with the World Cup, was marred by an unexpected guest. Moments before picking up the trophy and raising it to the sky of Lusail, Leo Messi was dressed in a robe that surprised everyone.

When he went to collect the medal and the cup, the Emir of Qatar, Tamim bin Hamad Al Thani, and the FIFA president, Gianni Infantino, who were in charge of going out on the stage installed on the grass for the awards ceremony, dressed Messi with the bisht, a symbol of royalty, style and elegance.

This is a traditional Middle Eastern cape that only select members of the royal family can wear in Qatar. That is why the current emir put it on Messi. After kissing and caressing the trunk, he approached the rest of his teammates to experience this unique and unrepeatable moment for the '10', with the bisht on.

In the Middle East, the bisht is commonly worn for prestige on special occasions such as weddings or festivals. It is usually worn by secular officials or clergy, including tribal chiefs, kings, and imams, over a thawb, kanzu, or robe. It is a prestigious garment associated with royalty, religious position, wealth, and ceremonial occasions, much like the black-tie tuxedo in the West.

The theory that gains more strength about the etymology of the Arabic word is that it derives from the Akkadian bishtu, which means 'nobility' or 'dignity'.

It is the first time in the history of the World Cups that a captain appears dressed in a dress from the host country. The image has generated much controversy on social media.