This Wednesday afternoon the Spanish team made history at the World Cup in Qatar. 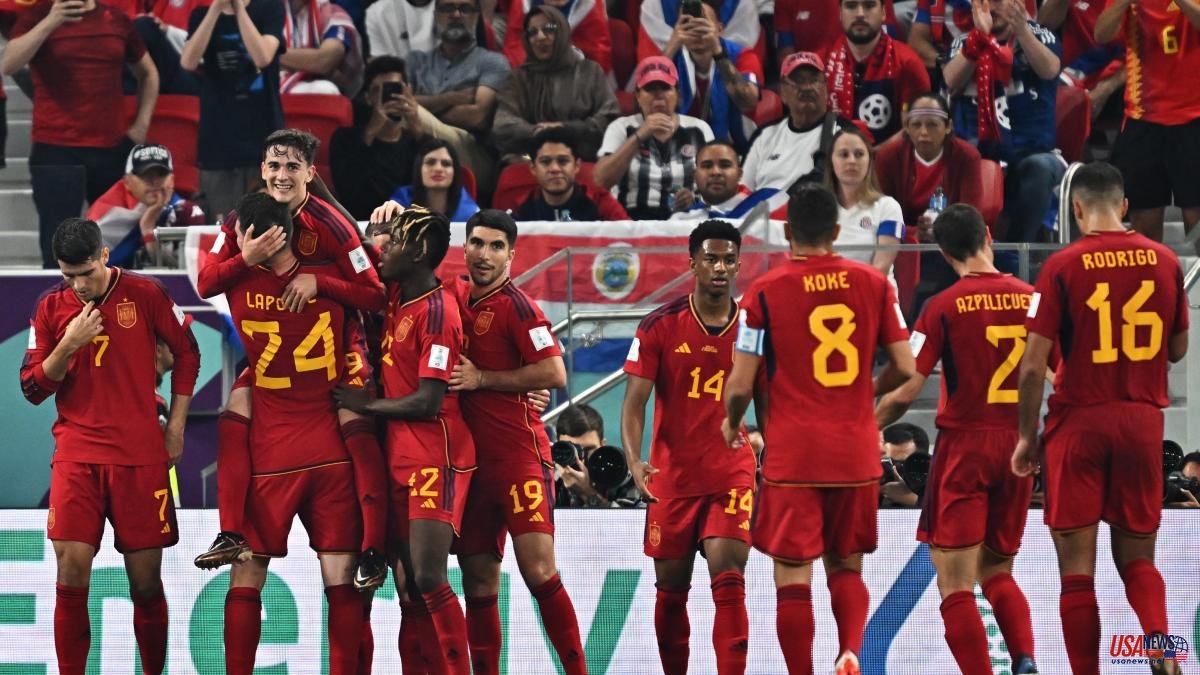 This Wednesday afternoon the Spanish team made history at the World Cup in Qatar. The 7-0 that Luis Enrique's men endorsed the Ticos has become the biggest win in the history of the reds in a World Cup. Dani Olmo opened the scoring in the 11th minute and broke another record scoring the team's 100th goal in World Cup history. The remaining six goals were the work of Marco Asensio (21), Ferran (31 (p) and 54), Gavi (74), Carlos Soler (90) and Morata (92).

But to find similar wins you have to go back to 1998. Specifically to the World Cup in France when Javier Clemente's men beat Bulgaria 6-1 in the third group game. That day Hierro (5 (p)), Luis Enrique (18), Morientes (52 and 83) and Kiko (86 and 90) scored. The author of the only goal for Bulgaria was Kostadinov (57). Despite the exhibition, Spain failed to access the next phase.

Although less bulky than the previous two, the 4-0 victory of the Spanish team against Ukraine in the 2006 World Cup in Germany is also part of the biggest wins in the history of the national team in a world cup. Then the scorers were Xabi Alonso (13), Villa (17 and 4 (p)) and Fernando Torres (81).

The wins of the Spanish team throughout its history have been important, with Malta's (12-1) being the most significant. In that qualifying match for the Eurocup, Miguel Muñoz's men offered a true spectacle to the fans who went to the Benito Villamarín. However, the antithesis of all of them occurred in the World Cup in South Africa when, despite lifting the title of champions, the red players only scored eight goals in the entire championship.