“In Spain there are at least eight operators that offer convergent fiber and mobile services that bill more than 100 million and almost a hundred with telephone services. 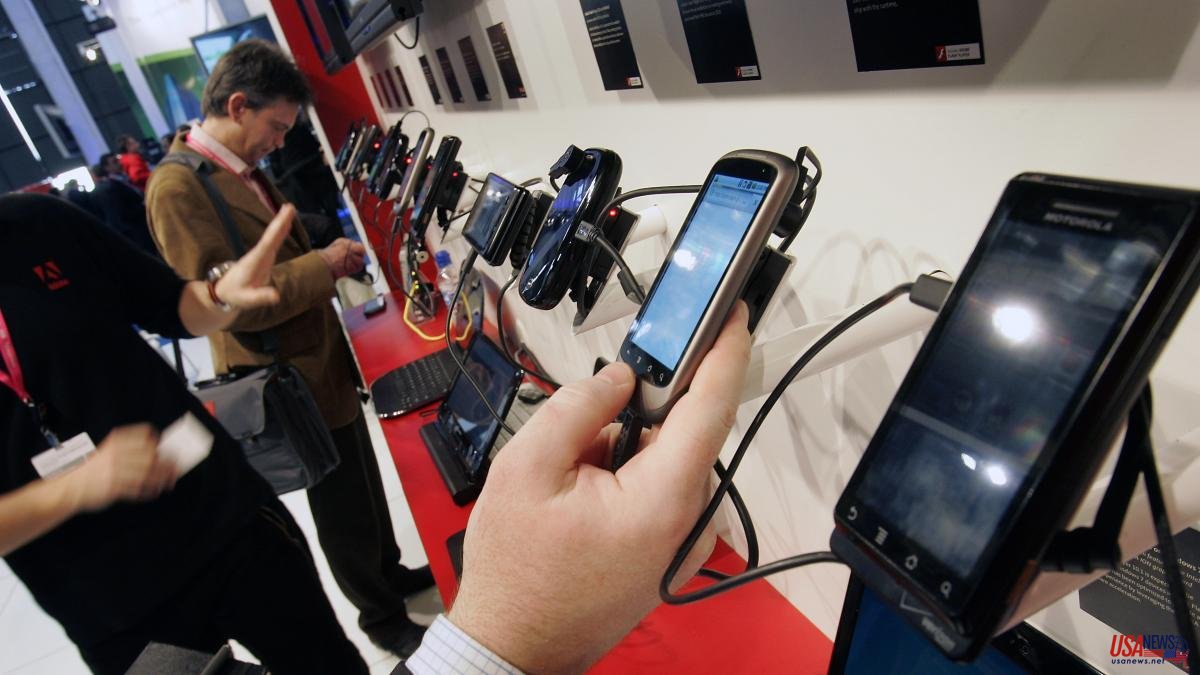 “In Spain there are at least eight operators that offer convergent fiber and mobile services that bill more than 100 million and almost a hundred with telephone services. This does not happen in any other country in the world”, said the CEO of Orange Spain, Jean François Fallacher, a few days ago.

Telefónica, Orange and Vodafone have been complaining for years about the deflationary effect on their income statements caused by the low price war that has been waged in the sector for decades, but it is now when they seem willing to forcefully confront this trend. Meanwhile, the smaller operators are torn between the appeal of raising prices and improving their income and the temptation to maintain offers to attract customers who can be cut off from the large operators.

The movement of the big ones started last summer when the escalation of inflation exceeded two digits. Orange was the first to slightly raise prices and Vodafone announced an update to its prices based on the CPI starting in January. But it was last week, when Telefónica announced that it would increase the cost of its tariffs by 6.4%, when the entire sector was put on guard. It is not the first time that the leading operator has increased prices, based on its “more for more” policy, but many now consider that the loss in value of the sector in Spain has gone too far. “The large telecommunications operators are under great pressure from their shareholders to obtain returns on operating profits (ebitda) and this year they are having a particularly difficult time due to the increase in costs derived from the rise in energy prices. They also feel the pressure to undertake investments for the development of 5G. Small operators do not have as much pressure since their expense structures are lighter and they do not invest in networks, so they have a little more margin to endure with low prices”, explains Jesús Martín Tello, partner of Telco and Media at NTT Data. .

Light, but not without problems. “All of them have difficulties obtaining positive returns on their investments and need to raise prices, but there may be some virtual operator that tries to compete on costs, especially in specific niches. In any case, the increase is a strategic and necessary movement”, assures Carlos Winzer, senior vice president of Moody's Investors Service.

The dilemma is on the surface in the decision centers of all companies. Beyond the urgent need to offset the high energy costs to which they have been subjected in the last year, the environment seems appropriate to rethink price policy. The escalation of inflation has led to increases in all sectors. Why not also in telecommunications? “The increase announced by Movistar would mean an increase of about 3 euros per customer, according to our calculations, which is far from the price increases of other basic products. It would be logical that the small ones were adapting to the pattern that Telefónica always sets”, points out Sara Perales, spokesperson for the Communications area of ​​the price comparator Kelisto.es

But there is more. For the first time in years, the large operators are confident that a price increase will not translate into a general loss of customers. Until September, 2022 has been the year in which Spaniards have changed their telephone company the least. This brake on portability makes operators believe in greater customer loyalty. In September, the National Commission for Markets and Competition (CNMC) registered 590,366 operator changes, still 10.7% below those registered in the same month of 2021, but again close to 600,000 after months of around at 400,000.

“Spanish is a highly polarized market, but its high-end services have become essential for many customers. Few can get by without having a fiber service to telework, watch movies and play with the right quality and also, spending on telecoms is barely 3% or 4% of total household expenses”, points out Carlos Winzer, .

With the relative certainty that the most premium client has little willingness to change, the big ones have given a twist to the strategy to put pressure on the rest of the sector. “In the last week O2, Movistar's low-price brand, has eliminated its most affordable offers. The low cost brands of the other big ones have followed. Even Jazztel (Orange) has eliminated from its offer what until now was the cheapest rate in the fiber and mobile market at 30 euros. Now, hiring those same services costs at least 35 euros. The client who enters the market now has less attractive offers than if he had done so last week. That is undeniable”, explains Sara Perales.

Now, the big unknown is the movement that the independent operators are going to opt for. Digi, the fifth by market volume according to CNMC data and the one that has grown the most in recent years with aggressive promotions, has not ruled. Sources in the sector do not rule out that it tries to sacrifice profit margin to continue attracting clients from the large companies, "although it will not be able to do so for a long time", according to the opinion of its competition.

"Digi has a sufficient volume to need to expand its investment in networks and for this, it will have to adjust its business model and bet on more income sooner or later," they say. The operator of Romanian origin is positioning itself to be one of the beneficiaries of the consequences of the merger of Orange and MasMóvil, and has already presented to Brussels its interest in acquiring the networks and services (in jargon, remedies) that the protagonists of the merger must sell to maintain acceptable conditions of competition.

Other medium-sized operators such as Avatel and Finetwork, with an interest in these merger-derived assets, lukewarmly point to price increases, albeit contained, to increase revenue and win customers. “As a telecommunications operator, we are focused on creating value in rural areas, the quality of our services and their reach continue to be our main priority. Avatel will continue with the vocation of being efficient, effective and competitive, in line with the sector”, they explain, with some ambiguity, to La Vanguardia from the company of Malaga origin.

An ambiguity that can also be seen in Finetwork's position. The company's official bet is to offer new rates, some of which, since last week, include a free annual subscription to Amazon Prime. But at the same time, it has withdrawn from the market the most attractive rates that allowed 100 Mbps fiber to be contracted for 20.90 euros and has raised prices for new customers.

“In general, this price increase does not seem like it will have a long way to go. The Spanish market cannot afford a general rise in the long term. There will always be a lot of competition. What we can see is a greater polarization between customers who are looking for a company that offers them services that they already consider basic to cover their needs: fiber, mobile, cinema, soccer, and others who want to pay only what is fair for telephone services. And that difference does not have to be linked to the customer's ability to pay. More and more it can be a matter of choice”, assures Jesús Martín Tello.

Sara Perales from the buyer Kelisto.es states along the same lines: “There will always be many promotions and occasional discounts. Taking into account that the obligation to stay is less and less, competition is not going to stop. The Spanish client continues, and more so today, to be very sensitive to price. That's hard to change."