The best plans to enjoy Barcelona this summer

What you are about to read contains endless plans that will probably make you feel like the happiest person on the planet. 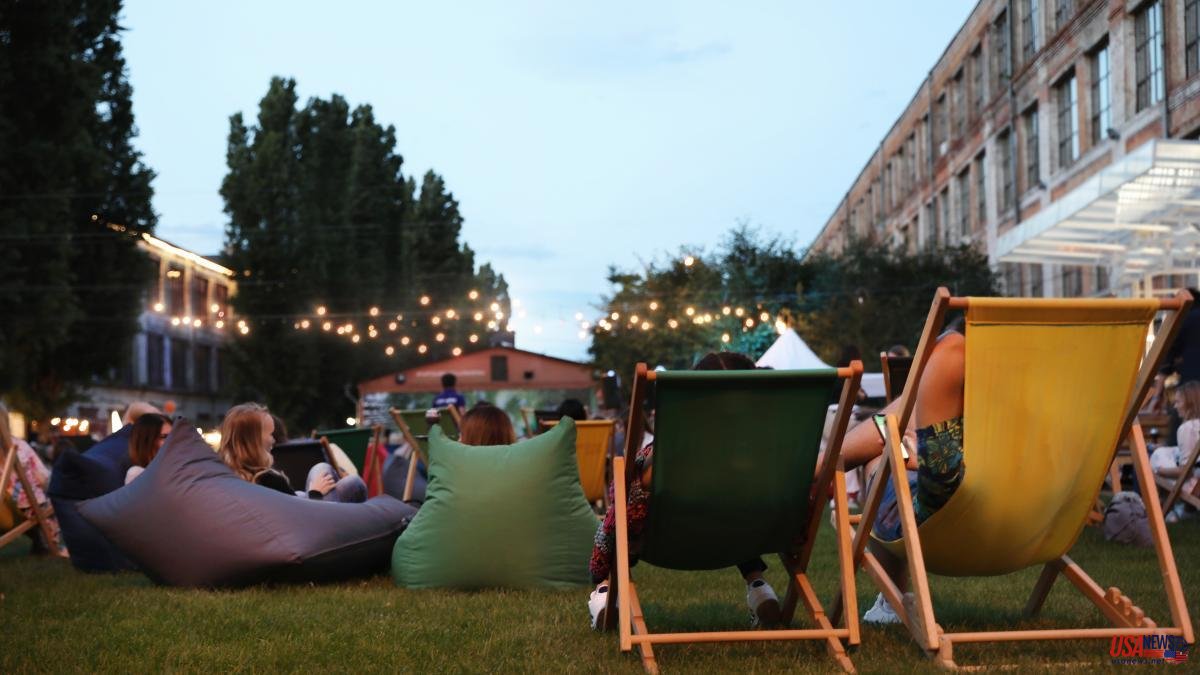 What you are about to read contains endless plans that will probably make you feel like the happiest person on the planet. Use all the happiness that they are going to generate for you responsibly and distribute it among your loved ones as these plans have done for you. It is a great chain of serotonin that has no end, but that begins with a movie night under the stars, continues dancing to neo-hippie rhythms among flowers and can end up tasting Priorat wines or immersing yourself in interactive Broadway musicals. We propose, you decide.

Year after year, spending a night enjoying the cinema under the stars and in front of the Montjuïc castle is almost a must for any self-respecting Barcelona user. It has it all, cinema and music because, in addition to showing the best films of all time, they also offer live music. For the next few days they propose three great films as diverse: West Side Story, the brutal Wild Tales and Coda. Tickets fly fast. Enter Club Vanguardia and get your 20% discount on tickets.

It is possible that there is no group of people on the face of the Earth that generates more good vibes when they start singing. Crystal Fighters would have to be prescribed by doctors and worthy of study by the scientific community because their music multiplies serotonin. If you don't have a plan on Sunday, July 24, go! And if you have it, cancel it now and go to the Jardins Pedralbes Festival! Its percussion, its lyrics, its choirs and its neo-hippie airs brimming with good vibes will make you come home floating. Enjoy a 10% discount on tickets with Club Vanguardia.

Stroll among flowers on the edge of cliffs and with the Costa Brava as a backdrop. Summer, away from allergies and pollen, is one of the best times to visit the Marimurtra Botanical Garden in Blanes. More than 4,000 species from the five continents await you with their respective biological singularities, ages and dimensions. An activity of ten in a space that was classified as a Cultural Asset of National Interest by the Generalitat de Catalunya. Take advantage of 2 for 1 tickets with your Club Vanguardia card.

The 'Ideal' digital arts center adapts the popular Broadway musical 'Next to Normal' to a 100% immersive format. The musical already revolutionized the New York scene ten years ago and Barcelona has had the honor of being able to premiere a new version at the Grec festival this summer. From July 6, the 'Ideal' proposes this immersive review of the work directed by Simon Pittman without props or stage and with 360º projections on walls and floor. A very interesting cultural experience. Take advantage of your Club Vanguardia card and get a €5 discount on your tickets.

They have been discovering Barcelona for locals and strangers for more than a decade with their walking routes and they are still fresh as a cucumber. We often do not know many details and secrets of the city in which we live, so this summer may be a good time to get to know Barcelona in depth. Thousands of stories await you: historical anecdotes, crimes, legends and forgotten heroes among many other things you will find in these two-hour themed routes. Take advantage of your €3 discount with the Club Vanguardia card and hunt down all the secrets of the city that has seen you grow.

Understanding the vineyard and its trade is complicated from a restaurant table. So if you are interested in oenology, everything that is hidden behind it, we suggest you take a tour of Celler Mas Doix, in Tarragona. In the epicenter of Priorat, this cellar offers you several routes to its wineries, which include a walk through the vineyard and a tasting of wines such as Les Crestes, Salanques or Murmuri. Mas Doix is ​​an organic viticulture winery with biodynamic practices that has pampered its Cariñena and Grenache vines for more than a century. Discover how these centuries-old wines are made and get two tickets for the price of one with your Club Vanguardia card.

Many of the stories that take place in car parks anywhere in the city are worthy of the handwriting of William Shakespeare for being full of tension, love, hate and betrayals, many betrayals. Parking is, perhaps, the cruelest urban act that exists in rolling matter. But Parking Shakespeare proposes to take all that to a cultural plane. Until the end of July they offer adaptations of the great British master at the Parc de l'Estació del Nord. Every afternoon at 7:00 p.m. You can enjoy completely free of a peculiar function and version of Twelfth Night.