The best journalism of the 21st century

Do you know who is the most famous cat on YouTube? Have you ever been to a Trump rally? Have you traveled through Russia in a car from the 70s? Do you want to experience the revolt in Tahrir Square? And understand the horror of the narcos' massacres? Alma Guillermoprieto (Mexico City, 1949) selects for the reader the reports and chronicles that she liked the most in her book La vida todo (Debate). 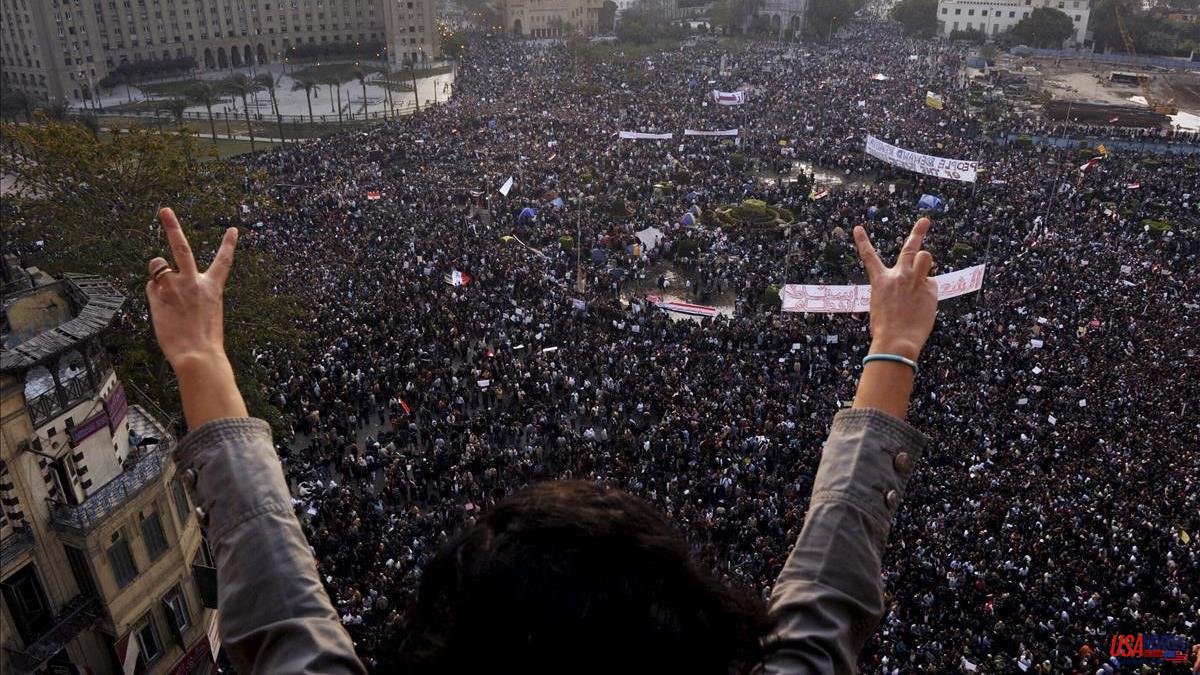 Do you know who is the most famous cat on YouTube? Have you ever been to a Trump rally? Have you traveled through Russia in a car from the 70s? Do you want to experience the revolt in Tahrir Square? And understand the horror of the narcos' massacres? Alma Guillermoprieto (Mexico City, 1949) selects for the reader the reports and chronicles that she liked the most in her book La vida todo (Debate). Her criteria is worth taking into account, since she is a journalism legend, settled in New York since she was young, who first tried to be a dancer, along with Merce Cunningham and Martha Graham, and ended up as a dance teacher in Cuba. Her reports in media such as The Guardian or The New Yorker on topics such as the Cuban revolution, the Sandinista insurrection against the dictator Somoza in Nicaragua or the favelas in Rio de Janeiro have made her enter the international canon of journalistic non-fiction and win , among many other awards, the Princess of Asturias Award for Communication and Humanities 2018. We can read her in books such as Havana in a mirror or From Neverland, but now she is the one who has selected fifteen chronicles by as many American reporters from the XXI century. Most of them are unknown to Spanish-speaking readers, but Guillermoprieto's eye marks them out as the successors of Norman Mailer, Truman Capote, Tom Wolfe or Hunter S.Thompson... although, for her, the great name of classic New Journalism was that of a woman, Joan Didion (1934-2021).

Jorge works at an engineering company in Bogotá where he designs pipelines for oil transportation. One day, they show him a photo of William, a butcher identical to him. How is it possible? He discovers that William, like him, has a twin, Wilber, who looks nothing like him but, incredibly, is also identical to his own twin, Carlos. They organize a meeting between the four and discover that there was an involuntary change in the clinic. From there, Dominus investigates the twin condition, the importance of innate and acquired, and delves into the psychology, similarities, differences, and conflicts of the four main characters, who cannot help but wonder what would have become of them. if chance had made them fall into the other family. Some have grown up in the city, are taller, have had the opportunity to study and know how to flirt with a woman from Bogota in a bar; the servants in the field, in turn, know how to shoot and tolerate discomfort better, but have seen their educational and professional expectations frustrated. Dominus accompanies them for a long time, until the final dance with which he closes his text.

Netflix's series Somos is based on the eighteen-month report by African-American Ginger Thompson on the 2011 massacre in the Mexican town of Allende, near the Texas border. Hitmen of the Zetas cartel they razed it to the ground, demolishing houses, kidnapping and killing hundreds of men, women and children. It was revenge for a denunciation made to the US DEA. Using long paragraphs where only testimonies and agents speak (in the manner of the Nobel laureate Alexievich), Thompson reconstructs the facts, inserting her own voice, as objective as possible, and reconstructing the moment in which everything originated.

One of the best chronicles of the 'Arab spring', to understand what this 2011 movement meant as if we had been there. From the front row in the street and on the barricades (he gets to inhale sulfur), El Rashidi rhythmically transmits the turmoil of the moment, introducing numerous characters, from beating protesters to imams, in a context of tanks, curfew, shouts, slogans , shots and, above all, the stony will of the protesters.

With a sense of humor and keen observation, the Norwegian reporter toured Russia by car, specifically in a four-door Lada Niva 4x4 made in 1977, "from the icy cold of Moscow to the subtropical climate of Sochi", a city that defined as "a fusion of Cancun with a high security prison". The breakdown of a vehicle that, according to popular wisdom, can be fixed with a hammer, punctuate a narration in which orthodox priests play the guitar, a wedding celebration and a mechanic and a taxi driver appear.

There are also texts by Robert A. Caro (New York, 1935), who recounts the secrets he has found in the archives of President Lyndon B. Johnson; Gideon Lewis-Kraus (Watchung, 1980), who profiles Maru, the most famous Japanese cat on YouTube (341 million views); Sam Quinones (Claremont, 1958) chooses the émigré musician Chalino Sánchez, halfway between songs and drug trafficking.

For her part, Emily Witt (Allentown, 1981) narrates in the first person her participation in Burning Man, a festival in the Nevada desert that brings together 80,000 people each year to build an alternative city. David Remnick (Hackensack, 1958) offers a splendid profile of Leonard Cohen. And George Saunders (Amarillo, 1958), much better known as a fiction author, mixes with the followers of Donald Trump.

Likewise, Elizabeth Weil (Columbus, 1969) portrays Aleksander Doba, the Polish adventurer who died after reaching Kilimanjaro; Rachel Kaadzi Ghansah (Lusiana, 1982) reconstructs the life of the racist terrorist Dylan Roof, who killed nine African-Americans in Charleston; and Mark Bowden, "master of action reporting" (and author of the book Black Hawk Down), is off to war in Afghanistan.

Finally, Michael Paterniti (Darien, 1976), based on the gluttony of the French president François Mitterand (1916-1966), makes a stimulating gastronomic and sensory journey through France; and Ben Ehrenreich (1972) wonders what happens to us after death and delves into the funeral industry in his country.

These are just a few examples of good journalism. No more no less.