The best Barça of the season passes over Armani Milan

On the most unexpected night, the Palau experienced a real party. 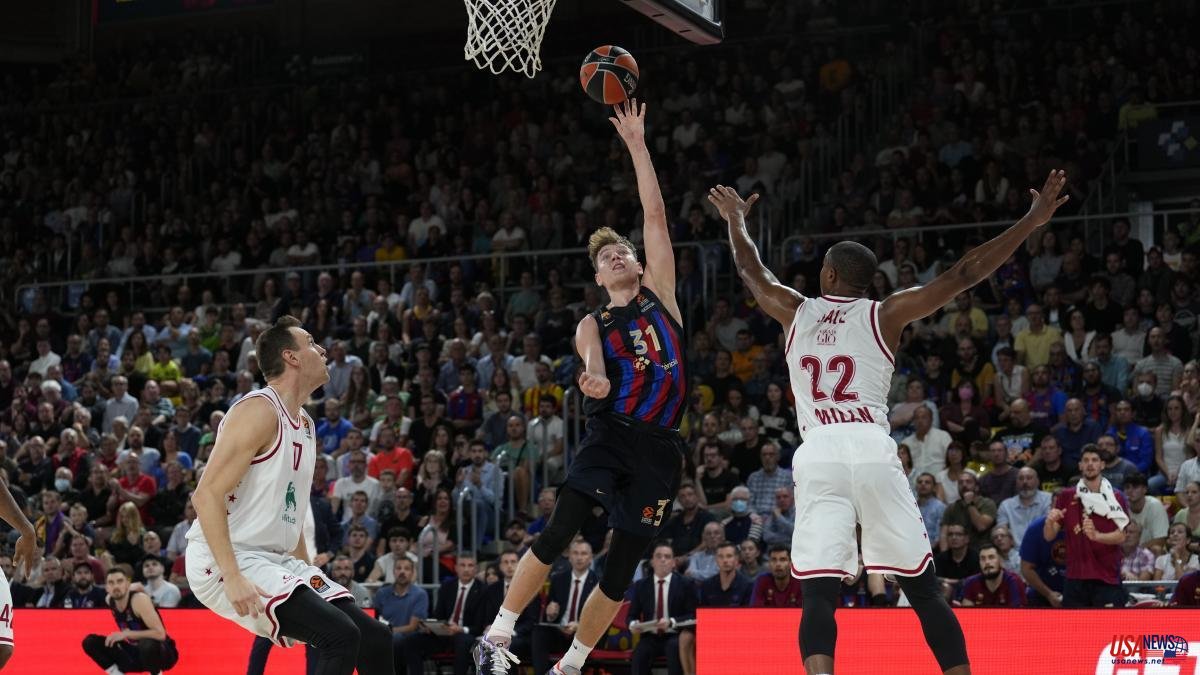 On the most unexpected night, the Palau experienced a real party. The Armani Milan of Messina, a firm candidate for the final four - of Kaunas? Dubai? - promised a high-voltage evening but ended up being beaten in the most complete exercise of the Jasikevicius team so far this year. A basketball recital in which the Lithuanian board was the big winner.

There was no room for any reproach in the Barcelona ranks, who managed to put their win/loss balance in the positive again in this first Euroleague leg and, above all, begin to pick up the pace in the long road that remains until the playoffs .

The Lombard team withstood just one assault the culé onslaught. And he did it thanks to the exhibition of an extra-motivated Brandon Davies, who returned to step on the Palau after leaving through the back door last summer, who scored 10 points in that first act to the despair of Jasikevicius. But Barça was not scared, they were not ashamed to put on their work overalls and start to carve out victory. He did it from defense, drying Armani Milan in an immaculate second quarter. The azulgrana had the stellar appearance of Tobey, in his best performance of the year, author of 13 points in the first half alone, a figure adorned with invaluable help in the fight for the rebound that allowed Barça to control the game. The adopted Slovenian raised the maximum of the night before going to the locker room (43-29).

They were seeing a great Barça, capable of dominating and submitting to an important rival like the one from Messina, but nobody had it all with them at the Palau, the Barça fan too accustomed to the incomprehensible disconnections of his team. But soon those bad thoughts were erased because Barça started the second half with the same overwhelming version that had started the first. Satoransky widened the differences with actions of merit and Sanli stretched until (55-34, m27). The party at the Palau was one of those that mark an era, with the stands having a great time and Jasikevicius giving minutes to the less usual, like Nnaji, who seems to be a better player every game. The difference reached 64-41 in a last quarter in which the local victory was never in danger.

Incidents: match of the fifth day of the Euroleague played at the Palau Blaugrana in Barcelona before 6,316 spectators.