The best bar in the world in the city without night

Those who have not abandoned the habit of going out at night in Barcelona know that the nomination of the Paradiso cocktail bar as the best bar in the world is not the mere recognition of an isolated initiative. 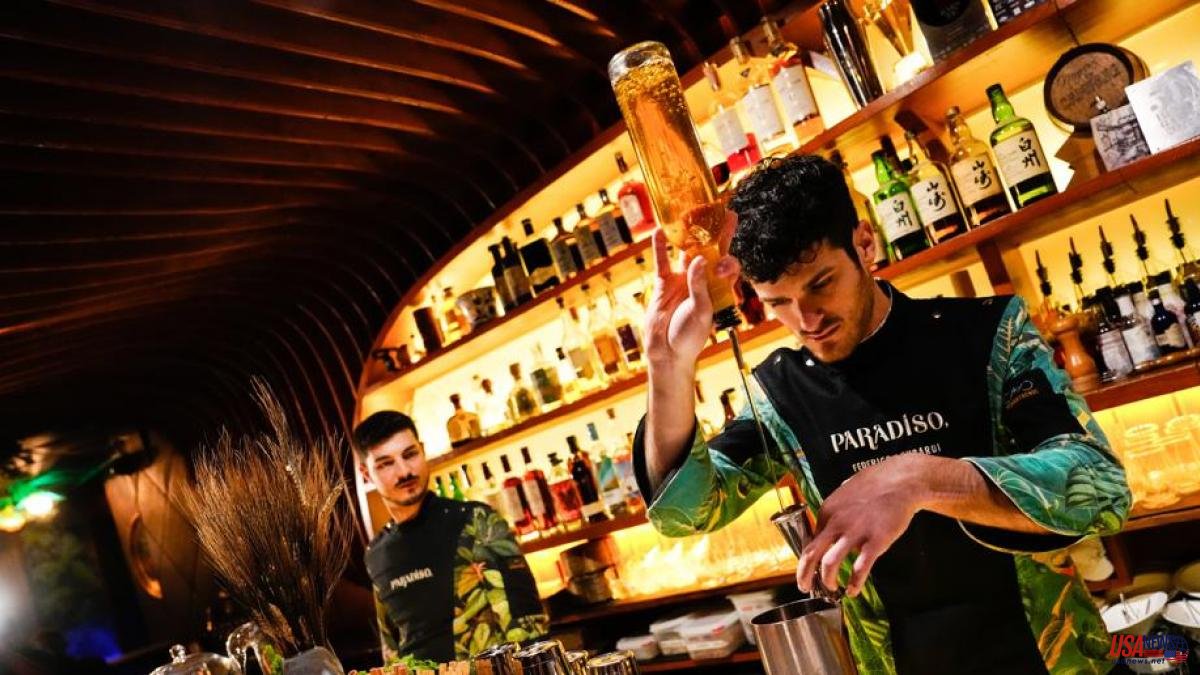 Those who have not abandoned the habit of going out at night in Barcelona know that the nomination of the Paradiso cocktail bar as the best bar in the world is not the mere recognition of an isolated initiative. In recent years, businessmen in the sector –many of them young entrepreneurs– have invested their money to ensure that the Catalan capital has a first-class night-time restaurant offer. The World's 50 Best Bars list, which has also placed the Barcelona venues Sips and Two Schmuks in the top ten of excellence, has come to give this new reality a global projection.

This multiplicity of charming establishments is one more exportable attraction for a Barcelona that has always had a vocation to attract people with talent and dynamism. And its recognition urbi et orbi, another shovel of earth on top of the stigma of a decadent city. You just have to check how the photo networks of the award-winning premises have been filled. This type of promotion, in advertising terms, has a value that is difficult to calculate.

However, this vibrant offer – which should be extended, for example, to the proliferation of live music bars – collides with a reality that local night owls are also well aware of. Barcelona, ​​which has never been a nightlife capital, is in this sense a dull city. And if it weren't for the expat community, who, as a general rule, like to stretch out the day beyond sunset even on weekdays, it would be downright dead.

The homely vocation of the Catalans, more accentuated than in other places, has a lot to do with this reality. But it's not just about that. Because Barcelona is in the upper range of European cities that most restrict night hours. Nothing to do with many cities in northern Europe. The rest of the neighbors is and has always been one of the main concerns of the City Council, whoever governs it governs.

The progressive nature of these restrictions cannot be denied. In short, it is about protecting the neighborhood from noise pollution caused by unbridled nighttime activity. Thus, an attempt is made to put limits on the market for the common good. Which is the same as safeguarding the rights of the weakest.

In the case of the current government team, furthermore, reducing noise at night is consistent with its mobility restriction policies. It is interesting to read Gabi Martínez's documented essay Naturally urban. Supermanzana, the revolution of the new green city (Destination) to check to what extent noise pollution can limit people's well-being.

All that has been said does not invalidate the perception that less time rigidity would help make Barcelona a more attractive city. Acting on saturated areas, such as Calle Enric Granados, is necessary. But limiting the right to experience the night to people who socialize in a cocktail bar at two in the morning or who entertain themselves at eleven o'clock on a terrace in Ciutat Vella can not only be considered discriminatory: there is also the risk of cause the unwanted effect of transferring the revelry to homes –where it is much less combatable– or to the street itself, with the bottle effect.

Some cities channel the conflict between rest and leisure through intermediary figures, such as the mayor at night or conflict resolution commissions. Barcelona seems to have opted for the second formula, although no significant progress has yet been made.

Another solution would be to be more flexible with venues that educate customers not to make a fuss at the door. It can be done with own or shared employees. Something like establishing a classification of good practices with the prize of not having to expel the parish from your bar at two o'clock, when they are having the best time (and when the payment machines are smoking).