The beer will be a little more bitter from next year

The popular Oktoberfest in Munich has opened its doors this week after two years of absence due to the pandemic with renewed illusions and with prices also renewed. 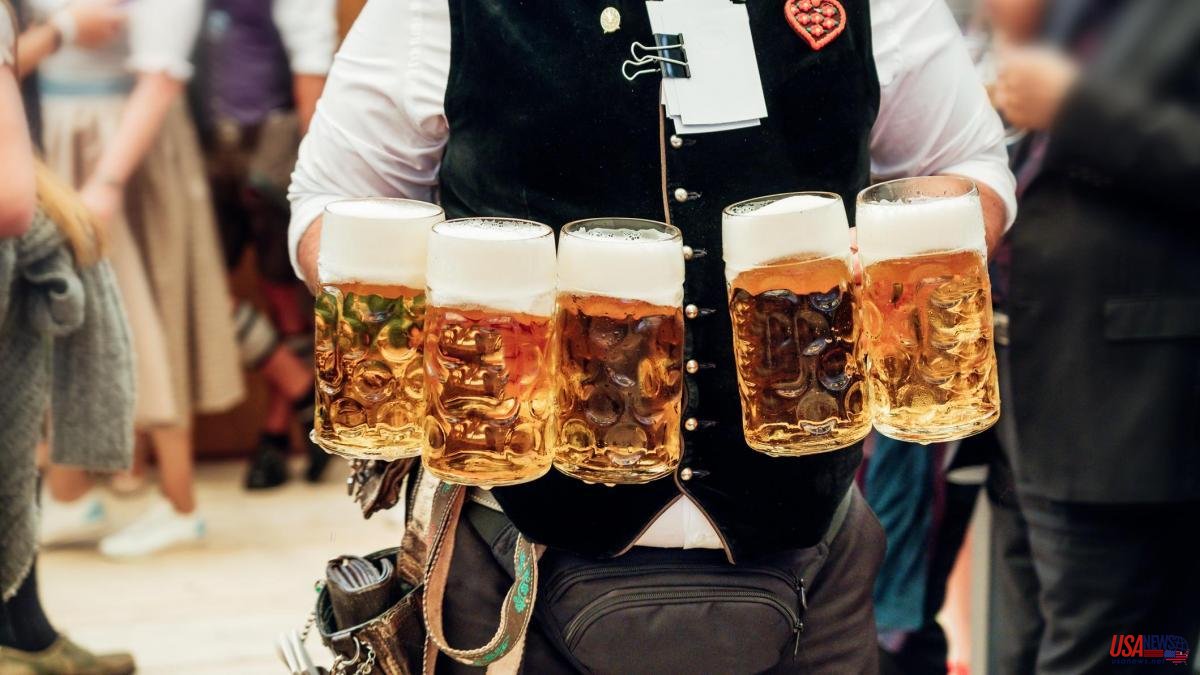 The popular Oktoberfest in Munich has opened its doors this week after two years of absence due to the pandemic with renewed illusions and with prices also renewed. The traditional liter jugs cost this year between 12.60 and 13.80 euros, depending on the type of beer, compared to the range of 10.80 and 11.80 in 2019. An increase of almost 16% justified by the increase in the average price of the product, according to the strict regulations that regulate both the fair and the German beer sector in general and that already has its counterpart in other European markets.

This price increase is nothing more than a minimal translation of the large cost overruns that producers have been facing in this same period, and that the Beer Index prepared by the investment platform eToro figures at 62% in the last two years. The price of raw materials, with output of wheat and barley malt affected by the war in Ukraine, and of glass and aluminum containers for cans, has skyrocketed. Like transport and energy.

A situation that, logically, affects the German market, the largest in Europe with a clear advantage over the rest, but which has a special impact on the Spanish market, the second by volume of production since last year with the permission of Poland, whose last Data is from 2020, when it disputed this place with Spain, according to the latest Eurostat sector report. Specifically, the Spanish brewing industry manufactured 3,662 million liters last year, 344,000 more than in 2020, largely thanks to the great commitment of the sector: the 0.0% segment, which grew by 20% in one year.

As in Germany, the vast majority of the production is consumed in the national market, which affects its high competitiveness. However, the fact that some of the large Spanish breweries are in the hands of the main European groups or that those that are not also traditionally depend on foreign raw materials makes production costs more expensive.

Spanish groups such as Damm or Hijos de Rivera, producer of Estrella Galicia, have promoted the production of malts and the cultivation of hops in various Spanish provinces, although the Spanish Society for the Promotion of Hops is considered to be one of the most unknown and unsuccessful monopolies in Franco's planned economy. In the hands of the Spanish breweries after its privatization, in 2015 it was sold to the German company Hopsteiner and its role as a supplier in the production of beer in Spain is testimonial.

However, the Spanish sector has not resulted in all these extra costs in prices. Or has done minimally. According to the latest Nielsen report on the food market, the average price of beer in Spain for the final consumer has increased by less than 6% in the last two years. The strong competition on the shelf has made it impossible to go further, such as the weakness of the Horeca sector, which represents 55% of the market. Although sources in the sector assure that the situation is limit and the price increase will happen yes or yes in 2023.

Special mention deserves the craft beer segment, which, although it barely represents 1.1% of the market share in Spain, is the one that has been setting some of the trends. The main one, to save costs in the current context, goes through the relocation of raw materials, which is already beginning to stimulate an emerging market for small malting and hop crops. Although the price increase is also unappealable.

Like these days in Munich, the consumer will have to pay a little more. Although you can always choose: the liter of water at Oktoberfest has been set at around 10 euros.