The bear has defeated the shepherd

There is an urban, official and political vision of rurality that ends up prevailing over the helplessness of those who remain in the territory, take care of it, cultivate it and know it better than anyone. 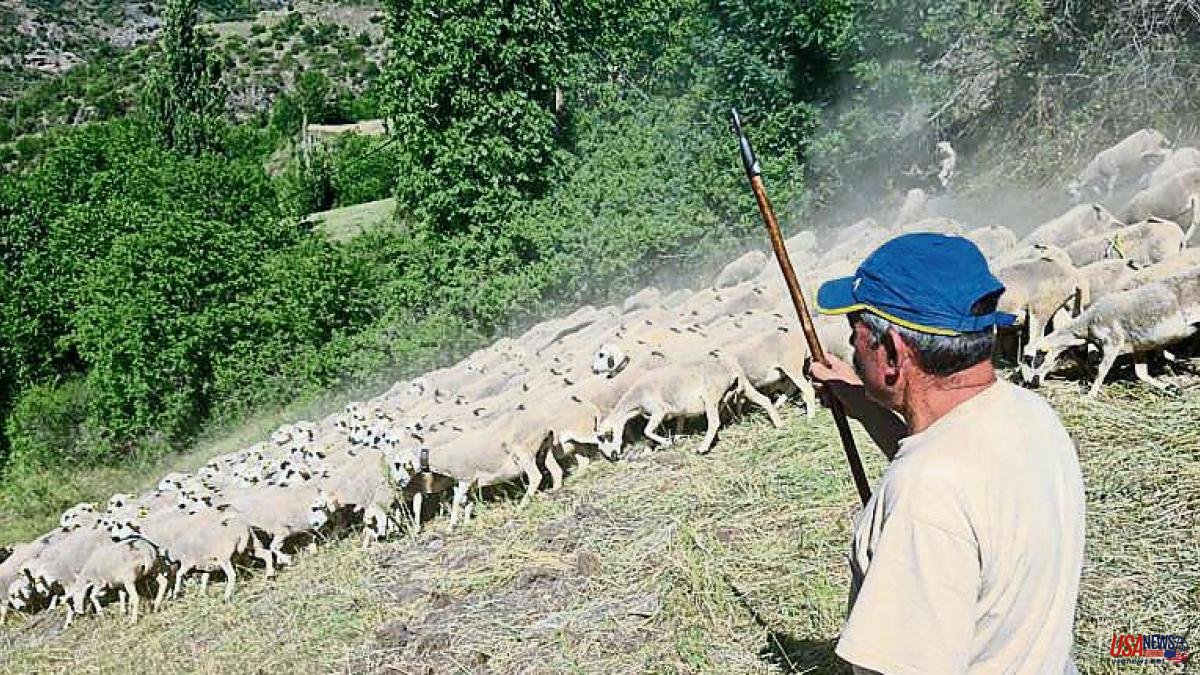 There is an urban, official and political vision of rurality that ends up prevailing over the helplessness of those who remain in the territory, take care of it, cultivate it and know it better than anyone. There is an indelible feeling of rootedness and belonging to the land.

The abandonment of agriculture and livestock not only has negative economic effects for environmental and climate sustainability, but we are increasingly less self-sufficient and dependent on products that come from abroad, imposing price policies dictated by investors whose main objective is profit.

The three historical Mediterranean products such as oil, wine and cereals are paid to the farmer at the same price as twenty years ago. The causes of rural depopulation are many and complex. But the attempts to repopulate the emptied country are projected from official departments without taking into account the experience and accumulated wisdom of many generations that have maintained a close, patrimonial, almost mystical relationship with the land.

I know Ramon Cornellana well, who in the middle of the grazing season in Farrera (Pallars Sobirà) has decided to withdraw his 450 sheep and take them to Puiggròs (Les Garrigues) because in two days at the end of June two bears killed ten of his sheep. The Cornellanas have grazed in Farrera for more than a century. I remember the transhumance that they undertook at the beginning of the summer from the plains of Les Garrigues until reaching Farrera after several days. Now they did it with trucks. The bears relocated to the Pyrenees in 1992. A first-time pair has been reproducing on both sides of the mountain range and at the moment there are close to a hundred specimens. The occupation of shepherd in the open field has disappeared. Ramon will not return with the sheep to Farrera where the Cornellanas have had a home for several generations. The bear has won the battle against the shepherd.

From the official organisms he was told that they would pay him the cost of the missing sheep, but that he had to herd the flock protected by fences with electric vibrations and with enough dogs to scare away the bear.

“What is priceless”, Ramon told me when he decided to take Farrera's sheep, “is my professional and sentimental relationship with a land where my great-grandfather already began to graze a small flock in some mountains that overlook the Pica d 'Stats from a distance'. The Cornellanas used to spend the whole summer in Farrera and now they will go from time to time. The urban vision of what the rural world should be like is gradually depopulating our small towns that lose their own culture, customs and secular history that they have accumulated.

Another case that despairs farmers is the plague of rabbits that has destroyed cereal crops, has made a lethal ring in the trunk of young trees and has damaged large areas of vineyards. There have been several manifestations of those affected with a minimal echo in public opinion. Beats will be authorized, but they are not enough. Releasing several dozen foxes or introducing vultures or eagles would be a reasonable solution. But the environmental criteria are so rigid that they do not admit revisions.

In 2010 there were 26,836 farmers registered in Catalonia. Now there are 22,233 trending down. Rurality in its most genuine sense is receding with respect to the urban vision of life in the towns. I think it is an error that, if not remedied, will be irreversible. Let us think that one of the most powerful crises that is approaching is the global food crisis. The countryside needs to survive not only to remedy the difficulties of farmers but also because it is a public interest asset that will be increasingly essential.

Rural tourism is an aid so that many towns can avoid progressive depopulation. But we also run into the Administration and its urban plans, which are extremely rigid. In many places new houses cannot be built because there is no building space. Reasonable, aesthetic and imaginative solutions must be found if you really want to maintain the cultural, historical and productive heritage of our land. We must count on the opinion of those who have kept rural life alive despite all adversity.