The Bavarian threat and other tactical keys for Bayern - Barcelona

It is not only the toughest game in the Champions League group stage but also a litmus test for this new Barça. 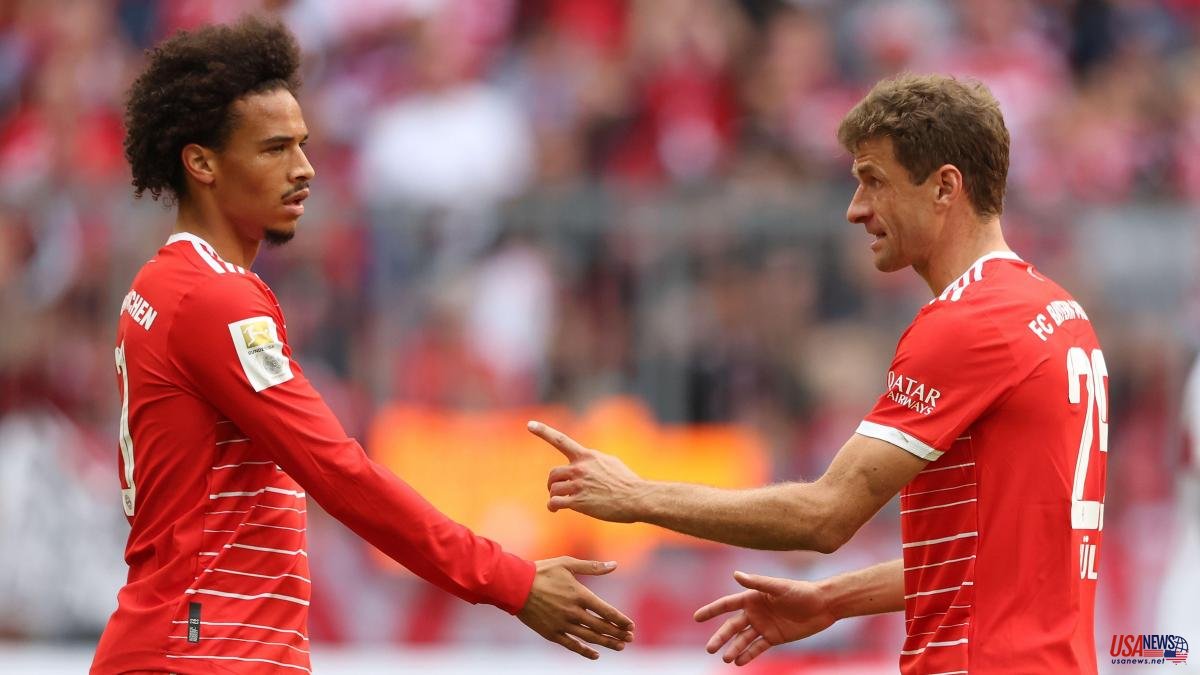 It is not only the toughest game in the Champions League group stage but also a litmus test for this new Barça. And it is that a Bayern-Barça is always a giant match but, with the recent antecedents in these duels, it is even more so. A meeting with a lot of weight for the board.

The first of the keys lies in the tactical nuances applied by Xavi. Because it is certain that Barça is going to come out with a 4-3-3 but not with what profiles is it going to complete it. Because although it is true that the usual formula of the azulgranas is to opt mainly for two pure extremes (Dembélé and Raphinha) it is also true that today the team is going to need someone who can also get inside to generate superiorities with the ball and contribute control to the game. And based on this, it is quite unlikely but it should not be ruled out that it is Ferran Torres who occupies one of the two bands to perform that function.

Despite the fact that Xavi's Barça has improved in its ability to withstand high-speed games, Bayern continues to have a higher pace of play and transitions better than the Catalans. That is why it is very important that Xavi's men apply long possessions randomly in the middle of the high pace that the match will have. Barça will need it to catch some air and because the German side have a very bad time without the ball. He is restless as a team and sometimes gets out of kilter. The ball to rest and to mess up.

One of Bayern's most repeated offensive mechanisms is to center Sané's position by coming inside to leave the lane free for Alphonso Davies' appearances. In addition, the Bayern winger is not as quick to retract as he is to shoot up. This causes that there are moments of wide spaces in the right sector and that Barça has to take advantage of to put its two wingers into circulation.

Dembélé's spectacular state of form invites you to put him right in that area but Raphinha is more defensively hard-working and could be a good option because he ensures you overflow and work to counter subtract the offensive potential of the opposing winger. Whatever Xavi chooses, it can be very good to change profiles during the match.

It will be a 4-3-3 (in whatever format) against a 4-2-3-1 with which Barça will have to be very fine to control the German team's cons, but they will have numerical superiority in the midfield. With this, Barça can do a lot of damage to Bayern, both to get out of the pressure and to find holes for Nagelsmann's team in the opposite field.

Of course, the Barça midfielders (Pedri-Gavi or Pedri-De Jong) will have to move well. It will be important that they separate themselves from each other and that they are also differentiated from Busquets to create clear passing lanes. The more space between them, the more difficult it will be for Bayern's double pivot to cover them.

Bayern's dangers are multiple. Among them, highlight the weight of Leroy Sané in the game. He starts from the left but moves inside to combine. That makes him the most involved offensive player in the game. But the best of all is that this does not make him forget to be the protagonist in the last third, quite the opposite. He shoots breakouts between defenses when a passer has the ball on the opposite side and doesn't hesitate to shoot when he has a chance.

He is not Bayern's best player nor is he at his best but, due to the context that is going to be given, you always have to take into account the danger that Thomas Muller's arrivals can represent. The German has a special ability to pierce gears like Barça's, appearing in free spaces or, above all, through lateral centers. And Nagelsmann's team is a team that focuses a lot (21 on average per game at home).

Attention also to Jamal Musiala, one of the talents who, along with Pedri or Foden, will set the tone for the midfielders of the decade. A footballer with a lot of individual talent, a great game between the lines and a good definition. He can start or he can do it with the game launched but he will appear for sure. He signs four goals and one assist at the start of the season and, just behind Sané, he is the player who shoots the most for the Bavarians.