The Basque PP will change its 'bunker', located on the sixth floor of Bilbao's Gran Vía and armored in its day by the threat of ETA, for a headquarters at street level in the center of the capital. 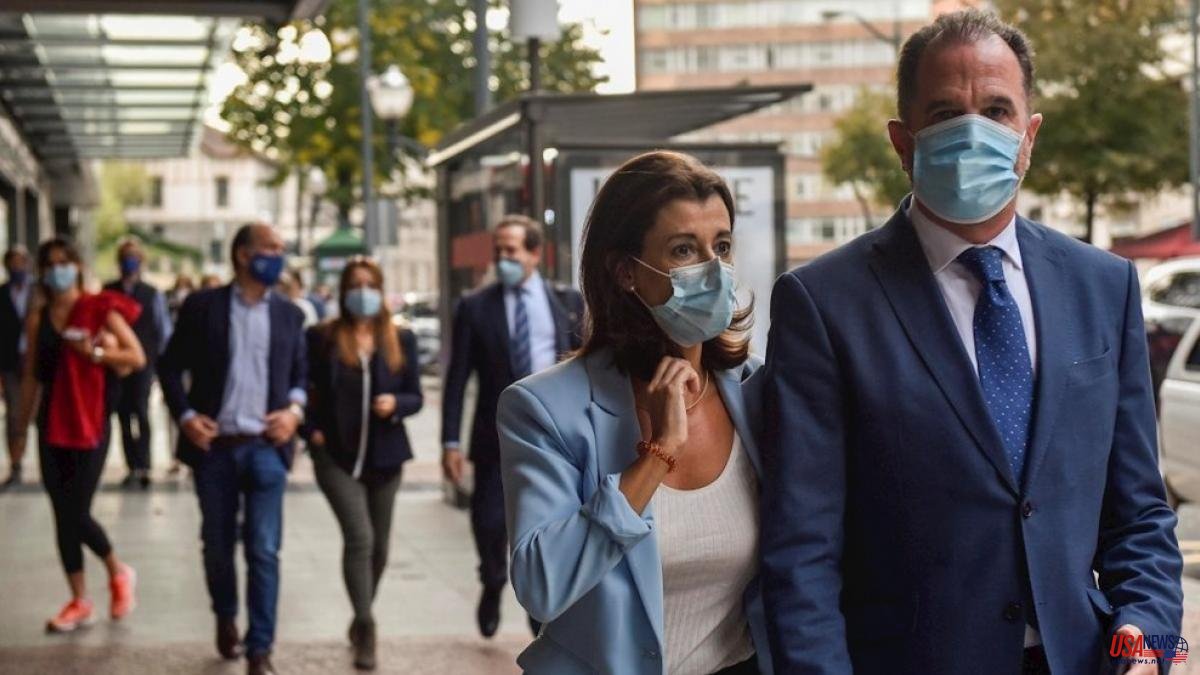 The Basque PP will change its 'bunker', located on the sixth floor of Bilbao's Gran Vía and armored in its day by the threat of ETA, for a headquarters at street level in the center of the capital. The popular underline the symbolic aspect of this change and highlight their desire to serve to open a new era of rapprochement with citizenship. The operation has been possible thanks to the fact that, after more than four years of trying, they have finally managed to rent what has been their headquarters for the last few decades.

The information has been advanced by El Correo, and popular sources consulted confirm it. “Raquél González (president of the PP in Bizkaia) said since she took office that she would not stop until she managed to bring down the headquarters at the foot of the street. We have finally got it,” he indicates from the popular ranks.

From the PP of the Basque Country they confirm that the old headquarters, located on the sixth floor of an office building on Bilbao's Gran Vía and known as 'the bunker', will be rented for 7,000 euros per month to an insurance multinational, every time that have not been sold. Instead, the popular ones will rent a 500-square-meter premises on Calle Licenciado Poza, next to Plaza Bizkaia, a new headquarters suitable for their current needs and in which the extreme security measures of their armored headquarters will not be necessary.

The popular ones will adapt this place during the next few weeks and hope to open it before the end of the year. The Basque PP wants the change of headquarters to serve to symbolize the end of an era, marked by terrorist pressure, and to inaugurate a new one based on closer contact with citizens. The inauguration of the new premises will therefore be loaded with symbolism.

The change of venue, however, is not motivated solely by the end of the pressure on militants and popular officials. Behind this bet there are also economic and operational reasons.

The resources of the Basque PP have fallen drastically in the last two decades. The Basque PP has gone from being the second party in Euskadi, in the elections to the Basque Parliament of 1998 and 2001, to being the fifth political force in the same elections of 2016 and 2020, losing more than 250,000 votes.

The income of the popular Basques has been reduced by the loss of up to 13 parliamentarians, dozens of councilors and the power they held in institutions such as the Vitoria-Gasteiz City Council or the Álava Provincial Council. The number of popular militants, moreover, has been clearly reduced in recent years. Consequently, the popular ones look for a headquarters that adapts to a Basque PP of a clearly smaller dimension.

On the other hand, the purchase of the Bilbao headquarters, in 1999, and its subsequent reform was also affected by the 'Bárcenas case', according to information provided by the former PP treasurer. The change of venue will serve the popular Basques to start over, also in this sense, and try to relaunch their project in the Basque Country.

The Basque PP, in fact, wants to carry out a similar operation around its headquarters in Donostia/San Sebastián. In the case of the Gipuzkoan capital, the popular ones have armored facilities of 500 square meters in the neighborhood of Amara Berri. The objective of the popular ones is to get a little closer to the city center and bet on a venue according to the needs and the current size of the training in Gipuzkoa, leaving behind the extreme security measures that accompanied them for decades.