The Basque Government on the elimination of Heritage: "We are not going to go fishing for the rich"

The Basque Government has been strict when it comes to settling the debate on a possible elimination of the Wealth Tax, a controversy that arose following the decision of the Andalusian President, Juan Manuel Moreno Bonilla, to abolish it. 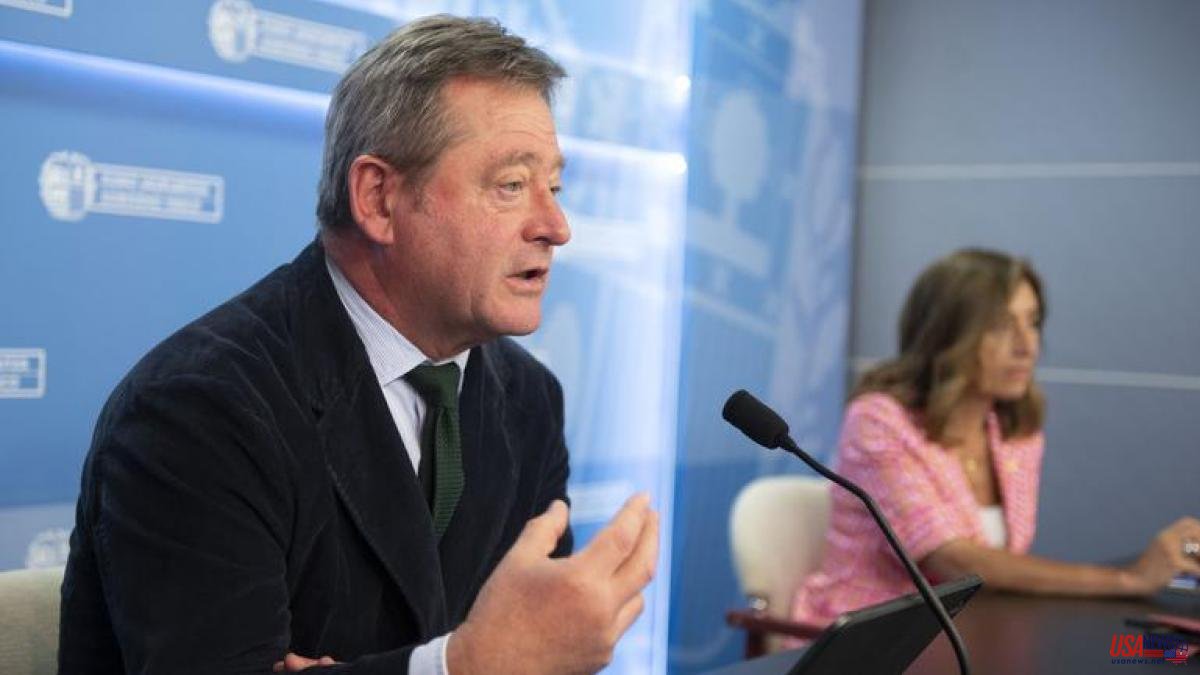 The Basque Government has been strict when it comes to settling the debate on a possible elimination of the Wealth Tax, a controversy that arose following the decision of the Andalusian President, Juan Manuel Moreno Bonilla, to abolish it. "We are not going to participate in the fishing of the rich, that is not our policy," said the spokesman for the Executive, Bingen Zupiria.

It is not the first time that the Basque Executive has ruled on the matter, since debates on taxation arise on a recurring basis, in recent times as a result of the tax policies promoted by the Community of Madrid, although also sponsored by groups of professionals and businessmen.

As on previous occasions, the Basque Executive has been forceful in closing the debate and defending a tax collection model "that is accompanied by social policies that guarantee a significant level of solidarity" in Basque society. On this occasion, the statements by the spokesman for the Basque Government have also been accompanied by a defense of the Economic Agreement system.

Bingen Zupiria explained that the existing tax system in the Basque Country and the Navarran regional system have a "singular and exclusive characteristic", which involves assuming "every day" the responsibility of collecting and managing the resources collected.

As he has indicated, it is a "unique" situation with respect to other autonomous communities and he has assured that the financing model of the Basque Country is totally different from that which communities such as Madrid and Andalusia may have and is "a model at total risk".

Faced with this formula, Zupiria has indicated that in Andalusia or Madrid "a very small part of that income depends on the taxes they can generate and the main part depends on the financing provided by the State Government."

The spokesman for the Basque Government has also specified that in the Basque Country 150 million are collected from a total of 16,000 taxpayers, which represents 0.28% of the Basque population.

"We are not going to participate in the fishing of the rich, that is not our policy and, secondly, I think the situation is complex enough for us to worry about our own without starting to judge what others do," he said. indicated.

Zupiria has insisted that the "balance" of economic and financial policies in the Basque Country must take "very much into account the amount of resources that can be brought in through taxes and also security in spending so that there is always a balance between income and expenses.

The Executive's spokesman explained that the fiscal policies that the Provincial Councils are going to develop "first have to be balanced and guarantee a certain level of income" so that the announced commitments can be met to "facilitate economic development and of solidarity that are a sign of identity".

On the other hand, the spokesman for the Basque Government has clarified that when the Lehendakari, Iñigo Urkullu, used the expression 'fiscal dumping', he was not referring to relations between the Basque Autonomous Community and Madrid. As he explained, Urkullu warned that this decision that Madrid had adopted (related to taxes), "could have consequences in other autonomous communities of the common system."

“It is being seen that it gives the impression that this decision that the Community of Madrid has adopted has effects on other autonomous communities of the common regime,” he concluded.