The Basque Country and Galicia join the regional tax battle

The Government has made the decision to approve a new tax on large fortunes. 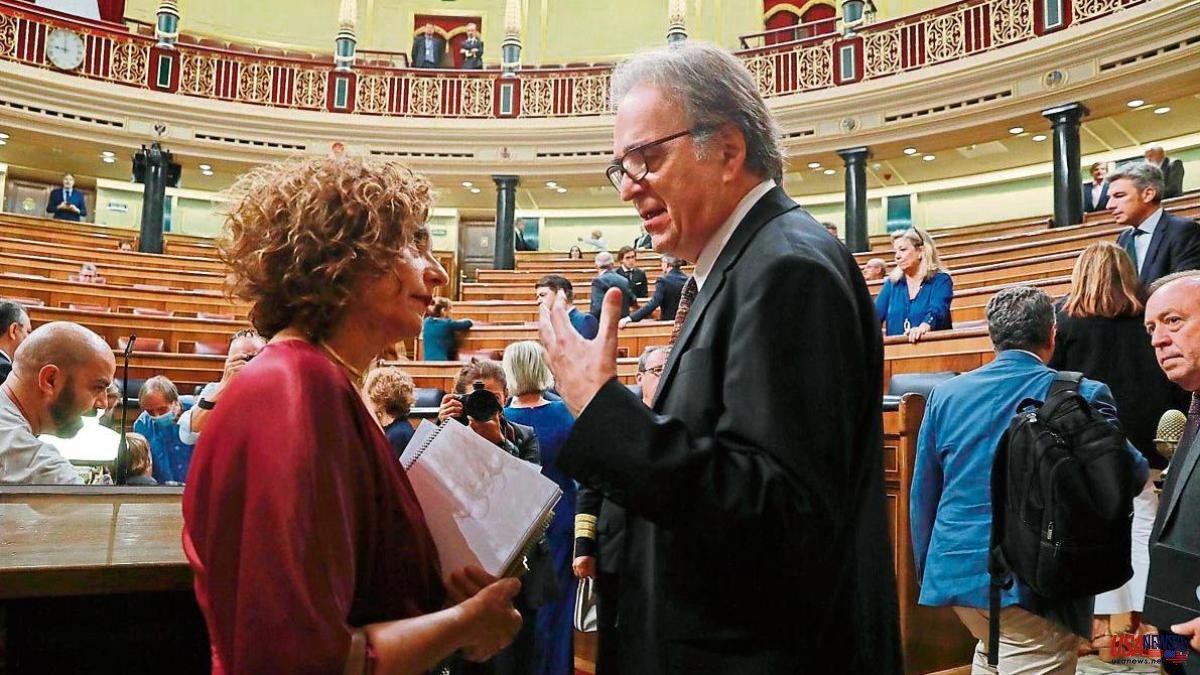 The Government has made the decision to approve a new tax on large fortunes. María Jesús Montero had rejected all the proposals that her partners had made to her throughout the legislature, but the fiscal offensive deployed by the Andalusian president, Juanma Moreno Bonilla, suppressing assets, has led the Minister of Finance to make a move. The state tax is being studied by the Secretary of State for Finance with the only certainty, at this time, that it will be "temporary", for two years in principle, like the taxes on banks and energy companies that have already started its parliamentary process to enter into force on January 1.

The Treasury is improvising this tax on the main assets of the country so that it comes into force at the beginning of next year. Last Tuesday, Montero's negotiating team took him to the budget table for the first time, according to government sources. In this sense, what the Ministry is studying is to launch a second bill, which would be presented by PSOE and United We Can, to create this new fiscal figure outside the public accounts of 2023. Every new tax needs its own law. The objective of the fiscal decision is "to demand more from those who have the most," said the Prime Minister, Pedro Sánchez, from New York in an informal conversation with journalists.

The Government now has to define who falls into the category of great fortunes. If the declarants of the wealth tax are taken into account in 2020, from 700,000 euros without taking into account the habitual residence for a value of up to 300,000 euros there would be 218,991 taxpayers in Spain (1% of the total). Most of them reside in Catalonia (82,465). Some distance behind is the Valencian Community (23,892) and Andalusia (18,997). In Madrid the official figure (19,508) is distorted because the obligation to declare this transferred lien is from a gross equity of 2 million. These figures, according to the Treasury, could be a good starting point for the cataloging of high net worth individuals.

The Treasury insists that everything is "under study" and that when a specific proposal is designed, it will present it, in the first place, to its coalition partners, who have already expressed that what has to be taxed is assets and not income. . From the Ministry they prefer to wait to comment. UP celebrated the decision yesterday, since the tax on the highest assets was left out of the negotiation of the coalition pact due to the express refusal of Sánchez to Pablo Iglesias. That agreement ended up reflecting a generic "the taxation of large fortunes will be studied in order for them to contribute to a fairer and more progressive tax system." The war and pressure from Moreno Bonilla have made the government change its strategy.

Before knowing the details of the content of the new tribute, the businessmen came out in a storm against it. The president of the CEOE, Antonio Garamendi, assured that it is an "error and a mistake", and recalled that the wealth tax "is only in Spain". The businessman assured that "with fewer rates, more tax bases" and that Spain's problem is the submerged economy, "which is very high and is what must be attacked."

Meanwhile, other autonomous communities such as Galicia and the Basque Country are analyzing tax reductions in personal income tax through the deflation of the tax brackets of the autonomous part. The president of the Xunta, Alfonso Rueda (PP), denied feeling pressured by the tax cuts of other communities and pointed out that the intention of the regional government is to help the most vulnerable through actions on the regional section of personal income tax. "We are committed to lowering taxes within our possibilities and within the premise that taxes support public services," he added, according to Efe. From the Basque Country, the lehendakari, Iñigo Urkullu, announced a new deflation of personal income tax. With the Basque Country and Galicia, there would already be five communities that provide income tax reductions.

The leader of the PP, Alberto Núñez Feijóo, responded to the announcement of the new tax on large fortunes by insisting on his proposal for a reduction in VAT on basic products and deflation of personal income tax on income below 40,000 euros. Last week the Congress of Deputies rejected deflation.

Regarding the order launched by Moreno Bonilla to capture large heritages and companies from Catalonia, the president of the employers' organization Foment del Treball, Josep Sánchez Llibre, assured TV3 that "because Andalucía has abolished the heritage tax, the (Catalan) companies will leave in Andalucia". The businessman said he was convinced that sooner or later the Generalitat would subsidize 95% of that tax.