If a week ago the three mayors of Barcelona, ​​Palma and València jointly presented this shared Biennial of Thought, the former presented its program of events this Wednesday, from October 11 to 16. 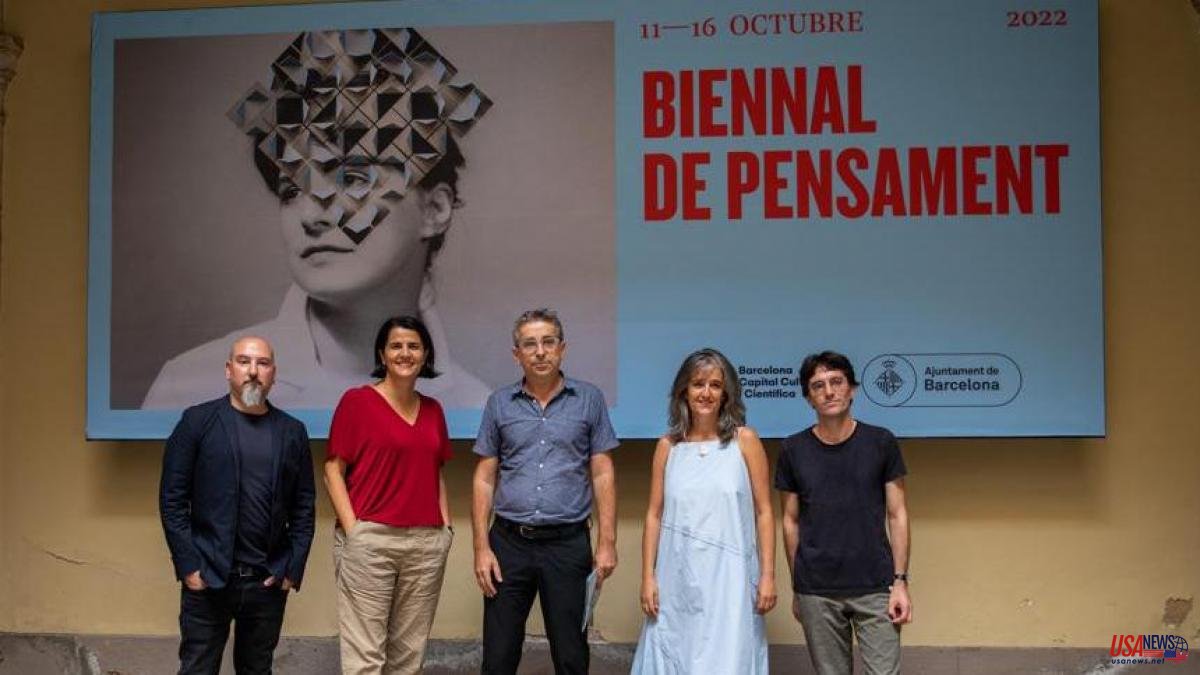 If a week ago the three mayors of Barcelona, ​​Palma and València jointly presented this shared Biennial of Thought, the former presented its program of events this Wednesday, from October 11 to 16. At a press conference at the Palau de la Virreina, the Deputy Mayor for Culture of Barcelona, ​​Jordi Martí, and the members of the advisory council –who have developed the programme– Josep Ferrando, Ángela Precht, Raül Garrigasait and Judit Carrera –for part of the CCCB– have presented the main lines of the contest and have highlighted some acts. The rest of the board is made up of Núria Moliner, Liliana Arroyo and Ignacio Sánchez-Cuenca.

The main axes around which it will be debated are the sociopolitical system and the fragility to which democracy is exposed, technological change, the physical configuration of the city and also, in conjunction with the simultaneous editions of Palma and Valencia, the reality culture of the territories of the Catalan linguistic field, with derivatives such as post-colonialism (the biennial coincides with October 12, Hispanic Day, which will also be reflected on), climate change, cryptocurrencies, the war in Ukraine or artificial intelligence. It will be six days with 60 activities involving 200 participants, including Svetlana Alexiévich, Yuval Noah Harari, Jamaica Kincaid, Adam Przeworski, Carla Simón, Chantal Mouffe, Marina Garcés, Carolin Emcke, Achille Mbembe and Carlota Subirós.

Martí has ​​emphasized that it has to be an open biennial both with respect to the themes and with respect to the spaces, since it is about "bringing the great contemporary debates to the public scene". Outdoor spaces – but with a covered alternative in case of bad weather – following “a decentralized logic”. A good part of the activity will take place around the CCCB – some 70 participants and more than 20 events – while the rest will be held in the Canòdrom, la Model, Plaça Reial, the former headquarters of the Gustavo Gili publishing house, the headquarters of the COAC, the Josep Maria Huertas Claveria and Can Felipa squares in Sant Martí and the Diamante, Les Dones del 36 and Virreina squares in Gràcia.

The inaugural session, in Plaça Joan Coromines on the morning of the 11th, will be the lecture by Marina Garcés The time of promises, designed for high school students (Carrera has insisted that youth must also have weight in reflection and therefore that has been integrated into the new Vivac festival, organized by young people from 19 to 25 years old). On the same day, but in the afternoon, two of the events with the most prominent names will take place: Shared Futures, with Yuval Noah Harari and Rutger Bregman, and The Voices of Europe, with Svetlana Alexiévich, Silvia Fehrmann and Jorge Ferrer.

One of the acts shared between the three capitals will be the simultaneous recital, on Saturday 15 October, of texts by Joan Fuster, Gabriel Ferrater and Blai Bonet, which will be read in Barcelona by Àngels Gregori, Maria Callís and Carles Rebassa. In addition, some participants of the biennial such as Adam Przeworski or Sofi Oksanen will also be present in Palma, and a round table on Carpenter will be shared with Valencia.